Saffron Bell is a capable FBI field agent. She operates on a fairly realistic scale, so she’s competent from a real-world POV rather than a cinematic or heroic one. She’s smart, but her investigation methods are those available to ordinary human beings.

She is in excellent shape, and is a proficient martial artist in a kicks-heavy form – possibly tae kwon do. Though underestimating her is easy due to her small size, she can do a surprising amount of damage or strike with unusual speed. Philo Zeiss thought that she had good technique.

She’s also good under pressure, doesn’t freeze in combat, and has robust persuasive and perceptive abilities.

Her people skills in general are good (or monumental if compared to Clevenger’s).

Though she’s not a senior agent, she does superhuman cases and her track record with Clevenger is peerless. In recent stories, she thus has considerable authority. If she needs the Bureau to do something, they’ll move in in force and ask 80% of the questions later.

Saffron Bell comes an extremely wealthy family. Her freakishly domineering father controlled every aspect of her life. When she was 12, Saffron was kidnapped for a $20M ransom and her chauffeur murdered.

Incensed by having terms dictated to him, Mr. Bell never contacted the police, but instead hired an expensive team of mercenaries. These gunned down the kidnappers and recovered Saffron. Once his daughter was returned, Mr. Bell violently hit her on the head with a paperweight to punish her.

The incident, and particularly her father’s reaction, convinced the shocked Saffron to go into law enforcement.

By the mid-2000s, Ms. Bell was a special agent with the FBI in the Atlanta area. Her mentor was Jerry Bryce, who had joined the Bureau after a long career with the Atlanta Police Department. 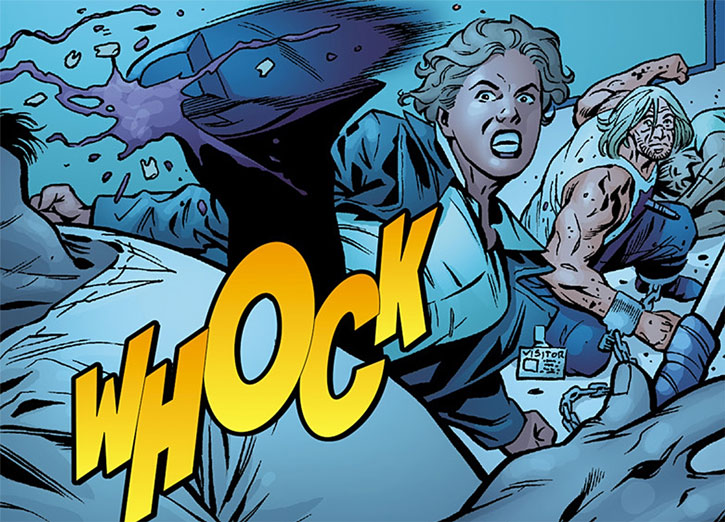 The trail of suspected metahuman murderer moved from Oakland to Atlanta, and the Bureau put Bryce and Bell on the case. Wanting to stop the grisly rape-murders ASAP, Bryce decided to use a secret weapon – his former colleague detective Travis “Clev” Clevenger, an exceptional manhunter with a knack for superhuman cases.

The main problem was that Clevenger was in a high-security prison for murder.

Agent Bell chiefly wears upper-shelf pantsuits and stylish but practical clothing, without any jewelry. She wears her hair in a short, wavy, clean-cut bob dressed by a professional, and has the precise diction of a woman who received a superior education since her earliest childhood.

Compared to Clevenger she looks minuscule, but then pretty much everyone does.

After vol. 1 #4 she has a large sutured gash on her right cheekbone, but that heals normally and without readily visible scarring. After vol. 2 #5 her nose is broken, though it’ll probably heal right.

She seems to be in her late 20s – and in her early 30s in more recent stories.

Special Agent Bell is level-headed police, and very much a white hat. Her priority is to protect the population. She doesn’t have an exaggerated view of her skills or her authority, and prefers reasonable compromises and reliable solutions to swagger.

Bell is also a pragmatic person, more interested in results than procedure. However, she also has corporate skills allowing her to network and influence the complex FBI structure.

She is also a very private woman. 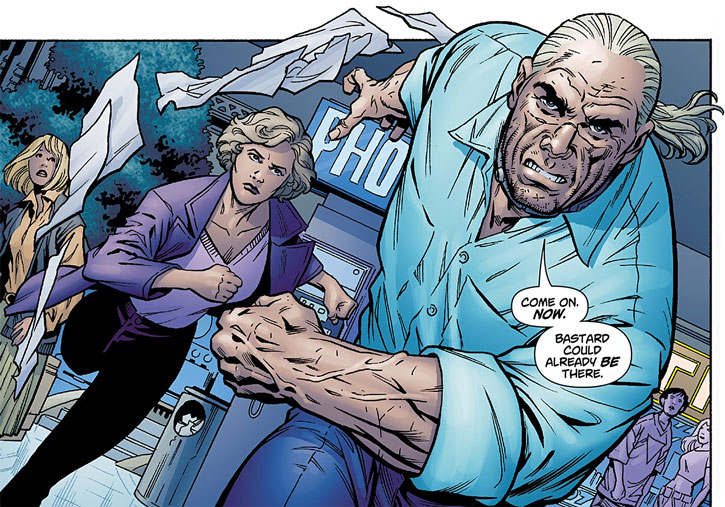 Saffron generally behaves in a polite, well-spoken and diplomatic way – until some guy thinks he can play silly buggers with the Bureau, at which point she becomes markedly sterner. As she gains experience, she develops a better sense of when diplomacy won’t be worth it, and thus slings her authority around more often.

Ms. Bell is still young, and has no problem working with an older mentor to learn the ropes – such as Jerry or Clev. That Clevenger isn’t a Fed doesn’t bother her in the least ; as far as she’s concerned he’s her partner and rabbi .

Albeit she respects his superior experience and skills, she doesn’t hesitate to make it clear that she’s his handler when Clevenger loses his focus.

Saffron is married to her job, and her attempts at polygamy have not been terribly successful.

“Oh my god… I’ll be working out of the Nome, Alaska bureau when this is over.”

“Mrs. Crosby… you indicated before that you wouldn’t have a problem cooperating with us on this. Is that still true ?”

(Flashing her Bureau credentials as Clevenger stands intimidatingly behind her) “Take a good look at us, Mr. Gorman. Try and guess which one enjoys having their time wasted the most.”

“No, you’re going to take care of it right now. I’ll meet you at the prison in 10 minutes. Unless you’d like me to come straight to your house and drag you there, ’cause I will do that.”

“Please. Please listen to me. All we want to do is make sure. Rule out everything, both any involvement in the arsons and the presence of a mutation.”

“He’s still bleeding heavily. I need to redo his bandages, pack the wound.”

Bonuses and Limitations:
Saffron has both Detective (Police procedures) and Detective (FBI procedures), but the second only applies to FBI personnel. 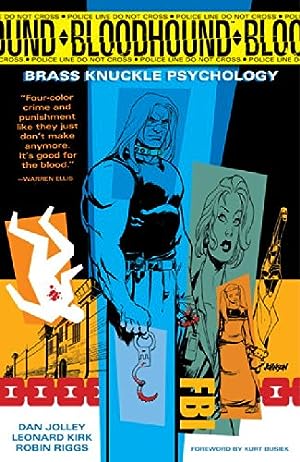 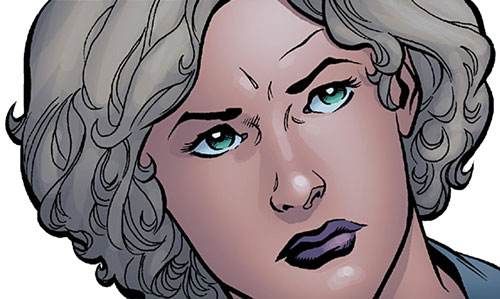 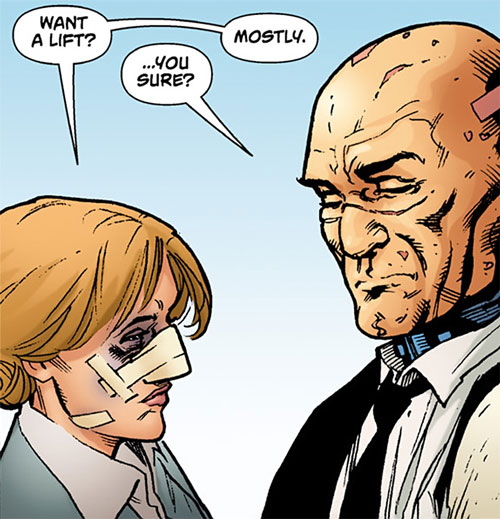