Sakura is phenomenally talented. At the age of 15 she was able to successfully duplicate most of Ryu’s moves including his Hadoken (energy blast). It took Ryu years of training to learn how to properly execute them. In some cases, she simply has to see a given move once to be able to flawlessly execute it. This is even true for chi  powers.

Even though she has yet to reach adulthood she’s already a high ranking street fighter. She was able to beat a champion Sumo wrestler (E. Honda) and stand against world class threats (such as M. Bison). 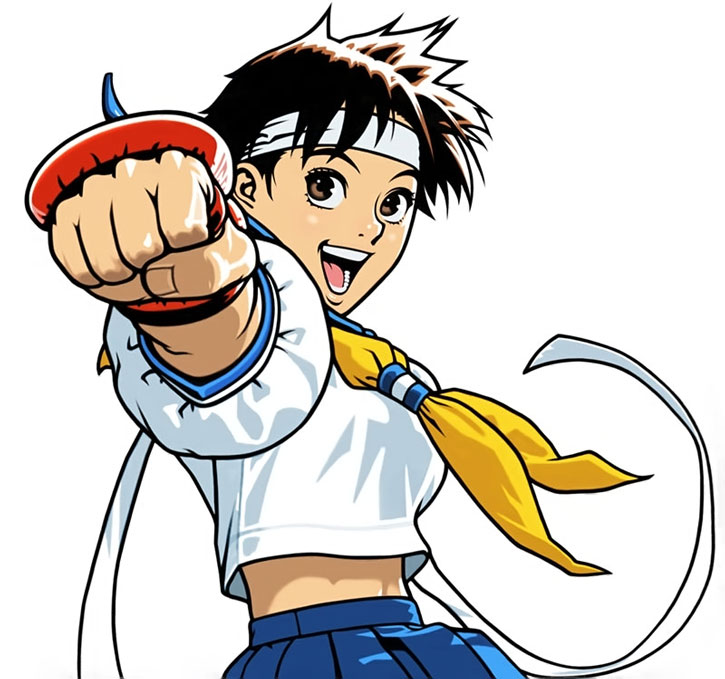 Had she kept going until the Street Fighter 3 tournament (chronologically the last game in the series as of this writing) she most likely would be among some of the best street fighters ever. She may well be more powerful in SF4, but this has yet to be clearly defined.

Sakura noticed Ryu fighting one day. She learned to mimic his moves and quickly picked up his fighting style! Eagerly, she sought out Ryu so she could meet him in person, as well as have a match with him! She finally did find Ryu and challenged him and she actually managed to win!

She asked if Ryu could train her, but he told her that he was still training himself. Thus he didn’t have the right to teach her. But he mentioned that he could tell that she would get stronger on her own with her own skills. Ryu left her with a photo of himself walking off into the distance. 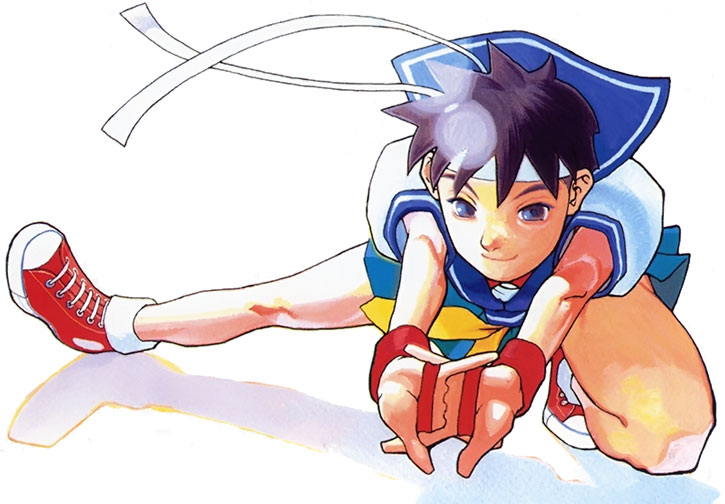 After Ryu has left, she realized that he went easy on her. Sakura wondered what Ryu meant by that remark about him still training, and decided that she must see him again. Back at school, Sakura’s friend, Kei, asked about the guy in the photograph. Sakura told her that he was her “wholehearted master.”

Instead of elaborating on what she had meant, however, she just rushed off to school, remarking that they would be late if they didn’t hurry. She also beat the crap out of three college guys who stupidly tried to rape her and her friend Kei.

Sakura continued to be fascinated by street fighting. ”What is a street fighter?” She asked herself one day. ”I want to see him, and fight him again! I want his answer!” She set off on a journey of new meetings and old reunions.

Eventually, in Japan, she ran into a Sumo wrestler named E. Honda. Honda told her that he had seen a man who must have been Ryu and that he stated that he was going to India and then Thailand. Sakura eventually arrived at Thailand and ran into Ken, who was also looking for Ryu. 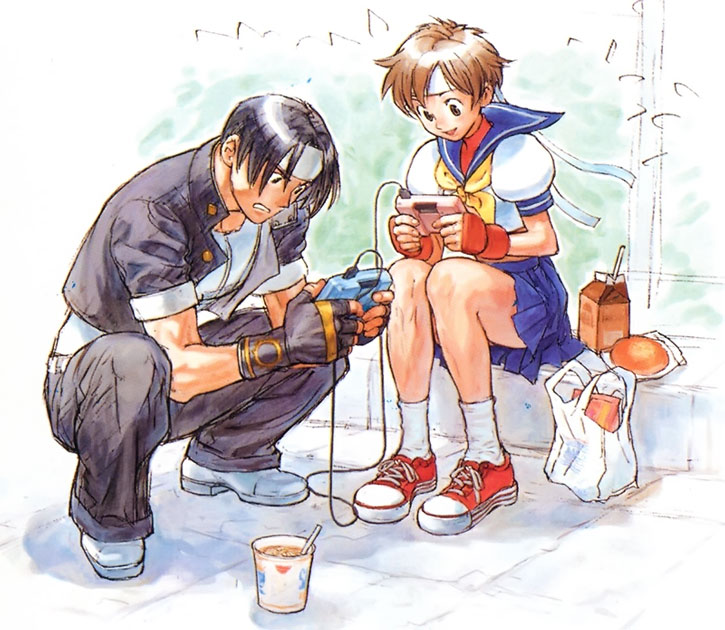 There, the two finally found him…while he was under Bison’s control! Fortunately, Sagat had arrived at the same time. The kickboxer was disgusted at what Bison had done to the man who was meant to be his rival.

With Ken, Sakura prevented Bison from completely brainwashing Psycho Ryu, who was being held off by Sagat. Bison was frustrated at their insolence. As a result, he finally began to forcefully take Ryu’s body for himself, but Sakura leapt into his way. However, he easily smacked her aside.

Noticing that Ryu was getting madder, Bison laughed at the negative emotion he was displaying. But at that moment, Ryu overcame his own brainwashing, much to Bison’s surprise. Ryu smacked him hard, catching him off guard and forcing him to retreat.

After that, Ryu apologized for losing to Bison’s mind control. He also said he was not ready, yet, to have another match with Sakura because giving in to Bison’s psycho power showed his weakness.

Both Sakura and he promised that they would train harder and eagerly look forward to the day they could have a real match. Sakura smiled as she watched Ryu leave, feeling relieved that she was able to see him again and looking forward to the future.

Dan Hibiki, Sakura’s not so-sensei sensei, once took his good friend Blanka to meet Sakura. Blanka was a very strange man, but he was Dan’s childhood friend. Eventually, though, Blanka had to go back to the jungle.

Sakura wished him farewell and asked that next time they meet, they have a match, too.

Where Is She Now

After SFZ3, Sakura continued training to make herself even better. She appears in SF4 with developments still to be revealed.

Sakura is a cute high school girl with short hair. She seems to always wear a sailor uniform with a white shirt and a blue skirt. She always wears red forearm guards presumably because she’s always training.

Sakuras basically an obsessed fan girl. Before seeing Ryu fight she was a normal, if not flighty, Japanese high school student, who quickly went from one casual hobby to the next. 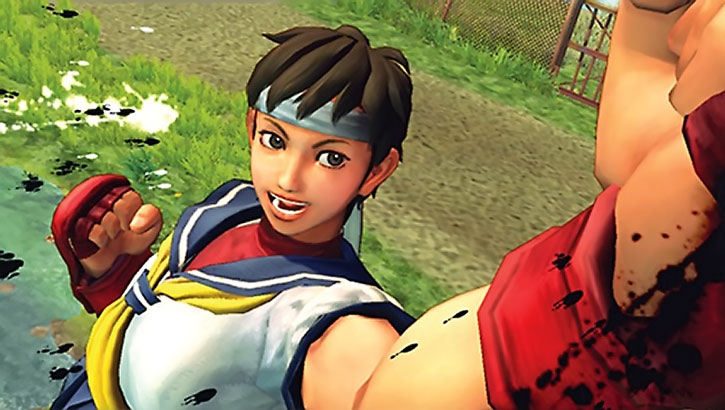 After seeing him in action she grew obsessed to the point where she was basically a stalker and traveled all over the world by whatever means she could, putting herself at great personal risk and training all the while.

Towards the end of the Zero series she did start to mature emotionally as she started contemplating some of the more philosophical questions about martial arts that Ryu had introduced to her.

“What is a street fighter ?”

“Please street fight with me.”

“Hey you, if you want to fight like that, how about you be my opponent ?”

Kei: “Help !!”
Sakura: “Hold it right there all of you !! Taking 3 people, gripping a hostage, that’s not at all a street fight !!”
Kei: “Let’s go !!” (Sakura starts execute a hurricane kick.)
Thug: “What is that !” (She poorly executes the hurricane kick, but manages to kick the thug in the forehead and knock him out.)
Kei: “Golly, don’t do such rash things, Sakura !”
Sakura: “Uh-huh. Weird isn’t it. I expected a consecutive smack-smack-smacking in midair, yet I ought to settle for this kick…”

Sakura could easily join any appropriate teen super hero group. The martial artist she’s obsessing about could possibly be changed to make her more of a solid hold in the DCU. Lady Shiva may be the best choice (since her relationship with Ryu is repeatedly stated to be completely platonic and only on a professional level).

Connections:
Ryu (Low and she has no means with which to get in touch with him), Kei (High), Karin Kanzuki (High), Dan Hibiki (High), Blanka (Low), Edmond Honda (Low), Ken Masters (Low), Sagat (Low).

Sakura wasn’t always the clean mean school girl fighting machine that was in the Zero series. When she was first introduced she was considerably weaker.

To reflect an early Sakura reduce her physical attributes by 1 and her Skills and Powers by 2. After some serious training and valuable experience (about midway through SFZ2) she gets better (reduce only Skills and Powers by 1). Finally by the end of SFZ3 she should be full power as reflected in this profile.

Her HP total stays the same throughout as she’s likely to have a huge amount of HP for rapid character advancement throughout. Our theory is that this enormous stream of HPs comes from her Very Gratuitous Panty Shot Schtick.

Sakura, like all the other SF characters, got a huge boost (arguably one of the biggest boosts) in the Marvel versus Capcom series to be able to compete with Marvels heavy hitters:

The Sunburned Sakura is a what if within a what if. The concept was obviously taken from Ryu’s satsu no hadou or killing intent aka evil Ryu. Ryu never went down that path and after some serious training actually wound up exceeding what he would’ve been had he given into his blood lust.

The Dark Ryu only exists as a what if — but since Sakura learned to fight by watching Ryu fight and desperately wants to be his student, its pretty easy to make the connection. The Versus series was obviously a what if and having a not even Evil Sakura, but a Sunburned Sakura or semi-evil Sakura with some of those dark abilities is essentially a what if within a what if.

Note that all Attributes and Skills are the same and that only her powers are different. Sakura can however make this change at will with some effort. Treat this as an Alter Ego (controllable) that costs 15HP to switch between.

Given her previous rapid advancement it’s entirely possibly that she’s considerably more powerful. Feel free to make her more powerful as she’s now an adult and thus more mature in her development. Adding 1 to all her Powers and Skills and giving her 10 more HP wouldn’t be out of line if you feel she’s underpowered.

Any phase the character has a chance to show their underpants (usually unintentionally, but not always…) they gain 2 HPs (using AP math). Players are encouraged to be creative.

The reward is not given until the end of the scene. In Sakura’s case the flashes of red are so frequent its basically any round she’s affected in combat plus one round after that regardless of the outcome (either she loses and gets knocked down or she wins and does her victory pose and it mysteriously gets a bit windy). 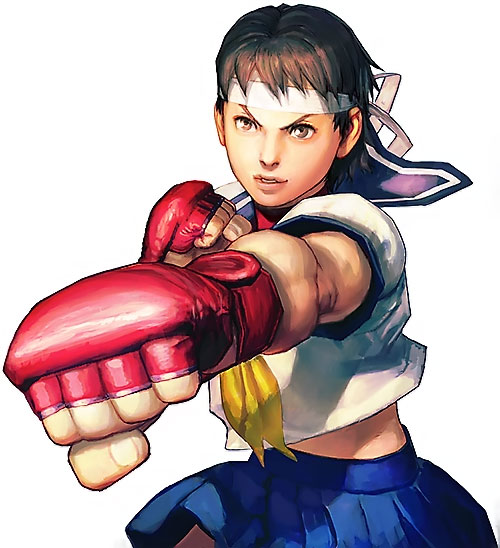 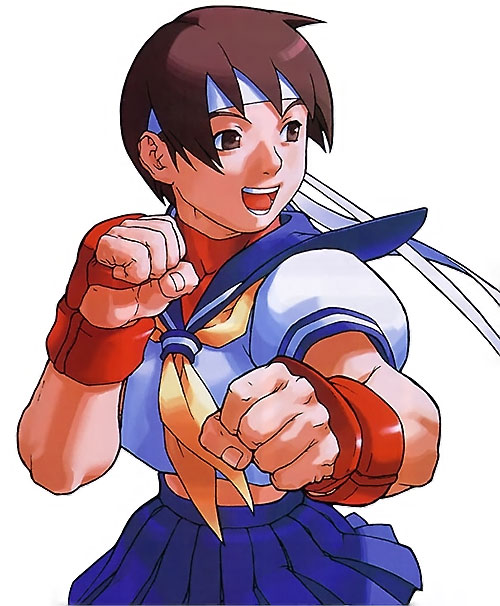 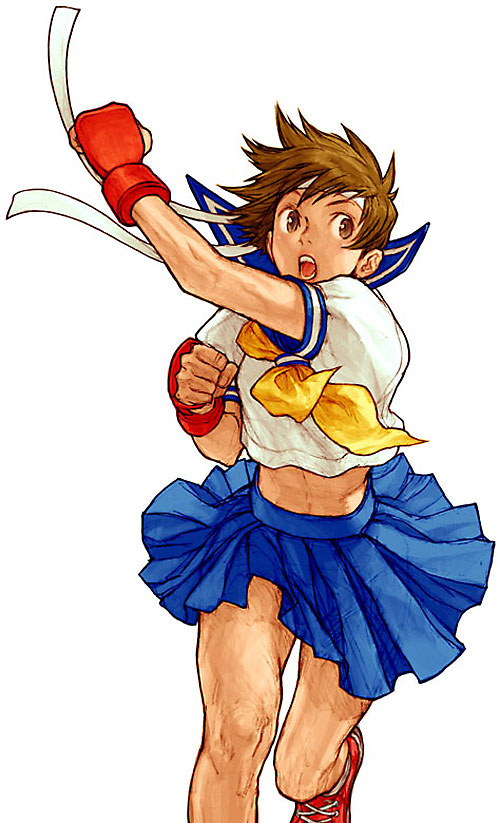