She brewed a poison using Deadly Nightshade to knock out Dr. Finkelstein, and used Frog’s Breath to cover the odor. She used Fog Juice (another potion) to create heavy fog in an attempt to prevent Jack from being able to fly on Christmas Eve. Another potion she brewed only caused a smokey butterfly to be formed. 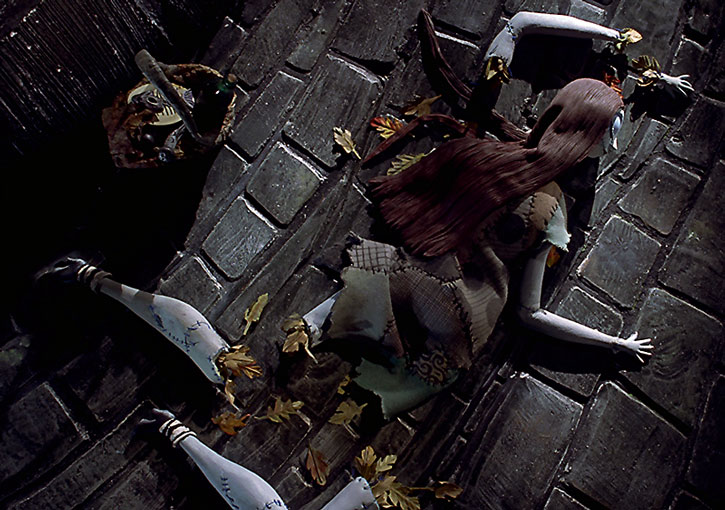 She fell from a window in Dr. Finkelstein’s tower and fell to bits… but then set about sewing herself back together. When Dr. Finkelstein grabbed her arm, she was able to pull away, not out of his grip, but by undoing the stitches on her arm with her free hand so she could get away.

She later dismembered herself when she tried to rescue Santa. She used one leg to distract Oogy Boogy, while her hands were sent down to free Santa.

Her only ritual seems to be her precognition spell, though she might have more.

The movie trailer, in 1080p. It gives a good idea of the visuals.

Created by Dr. Finkelstein, she rebelled against his demand that she stay locked up in his tower. Consequently, she met and fell in love with Jack Skellington. She was too shy to tell him her feelings, though.

When she had a vision of Christmas disaster, she tried to tell him, but he wouldn’t understand. She tried to stop him by using Fog Juice, but even that was not enough. He left and she was distraught. Realizing that only Santa could put things right, she tried to rescue him, but was caught by Oogy Boogy.

Finally, Jack arrived to save the day and he finally realized that she loved him, a feeling that he returned.

She looks like a cross between a stylized zombie and a rag doll. Her blue skin is criss-crossed with stitch-marks and she wears a patchwork dress.

Shy and uncertain of herself, she wants to do what is right, both for herself and for others.

“I sense there’s something in the wind / That feels like tragedy’s at hand.”

Rituals:
Premonition [Precognition: 20, Casting Time: 1 AP, Material Components : a thistle ? (possibly other flowers could substitute)]. This spell is cast by pulling leaves off the thistle in a “he loves me, he loves me not” pattern. The thistle will then transform into a vision that is somehow related to the future, such as the Christmas tree bursting into flames that Sally saw, indicating that Christmas would be a disaster.

Sally’s Invulnerability and overall ability to handle damage is hypothetical.

Brew Potions is a limited form of Create Artifact, and can only be used to create potions (duh).

Damage Absorption was published by Mayfair in the Who’s Who (Sudden Death entry).

Source of Character: The Nightmare Before Christmas movie. 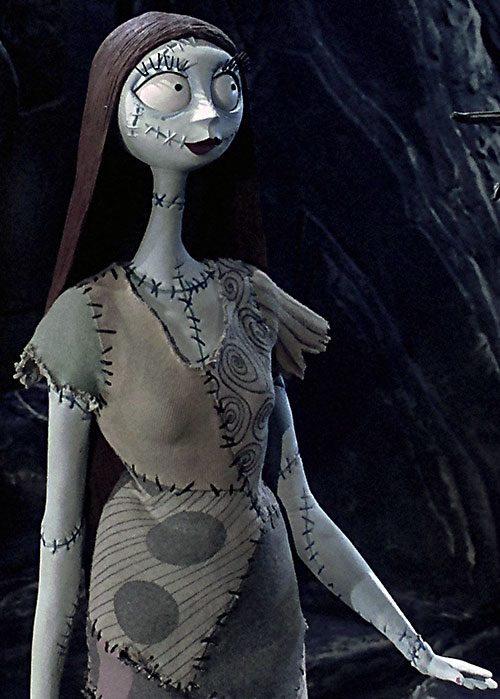 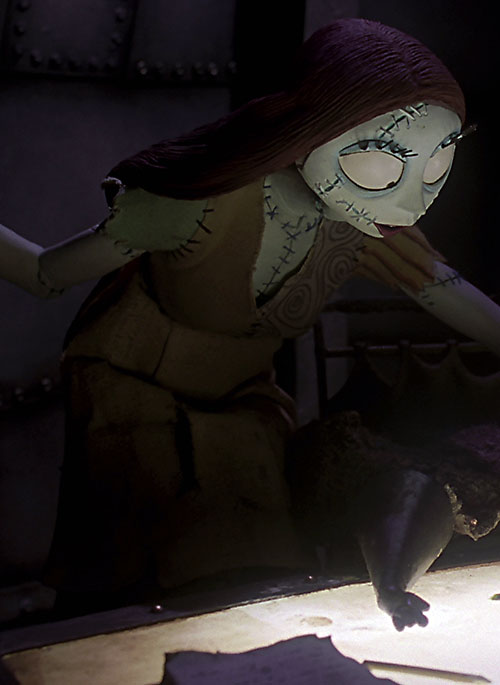