Sam is mainly an expert technician, but excels in the use of blaster  weaponry.

His skill in electronics is so great that he can completely reprogram a robot withing minutes. Repairing a spaceship takes some days. Although he can easily fix a space ship he can’t fly them at all !

Sam is quite fast and is never hit by the enemy. He’s an able public speaker, a good thief and can trick any robot.

Sam Slade used to be an robotics expert on Earth. He was hired (or tricked rather) to leave for a planet called Verdus that had a problem with it’s robot population.

50 years prior one robot, called Sji, had been sent to the planet to prepare for the arrival of mankind. He had built more robots and set everything up to support human colonists. But something went wrong, and when mankind did arrive the robots on the planet either killed or captured them.

According to their programming man was superior to robots in any and all ways. Therefore, the humans who arrived (who weren’t their superiors) couldn’t be real humans. They were called Sims (after Simulated Human) and were seen as a dangerous threat to the whole planet.

Robots were now far superior to man since they had had 50 years to better themselves with.

Sam was sent to this planet together with his pilot Kidd, in a mission to end the threat of the robots and make the planet ready for humans at last.

But the space plane drove through a dimensional aperture on its way to the planet. Thus, both crewmembers got deaged by 20 years. This made Slade a young man in his 20s again, but Kidd, who had already been quite young, became a small one-year-old boy. Kidd retained his bad temper and foul mouth though. He probably is the worst little boy anywhere 🙂

Slade managed to ally with a group of robots. Thus, he found the first robot of the planet, Sji. Sji was now very old and had the job as a cleaner in an sector. He was redubbed Smoking Joe and his existence had already been forgotten by the robot’s current leader called the Big Brain.

Sji immediately recognized Slade for what he was, a robot, and went on to help him in his mission.

Robots had a ranking system according to classes (that basically meant intelligence). The Big Brain was the only class 9 in existence. After a long and hard adventure Slade finally arrived at the place of the Big Brain. Slade, Kidd and Sji managed to convince the Big Brain that he actually was a real human and not a Sim. 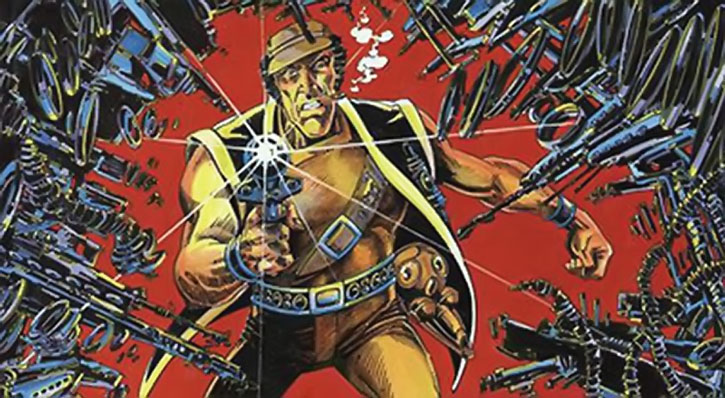 The Brain, who realized the sin that he had commited against all the humans that had arrived there previously, got a mental breakdown. He was permanently disabled.

The planet’s second in commands’ General One and General Two began to argue that the Brain hadn’t directly said the Slade was a human. Two didn’t believe that Slade was human and woved to destroy them all. He thus declared war upon them.

The war that followed destroyed much of the planet. General Two was winning. Slade, becoming slightly desperate, hatched a plan. He went to the Radio Station and built something he called an Amstrang-Oscillator from a soundwave accelerator, an amplifier and an oscillator. This machine basically mimicked an electro-magnetic pulse, but in a sonical way.

He activated the machine throughout the radio net. The signal went over the entire planet. All robots were permanently destroyed and the planet, now burning, was shut down. Slade actually managed to repair and somewhat restore Sji, which was possible since Sji was made from older and tougher components than the rest.

Slade and Kidd then went on to repair their Spaceship and went back to Earth. 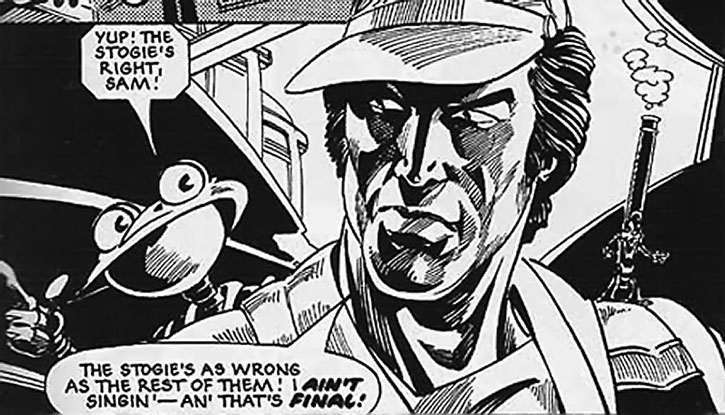 Even though the mission basically was a failure (the society on the planet was completely destroyed) his employers Rogers and Chan had to make him a hero. Since they had hired him, they’d be responsible for a failure. Kidd, who at first got all the women, was taken by a Nannyrobot. The story ended with Slade riding away in a car with three beautiful women.

Slade looks like a futuristic 1970s taxi driver. He always has a cigar in his mouth and moves around in a nice way.

He wears brown leather boots, green trousers, a red belt, a purple sleeve-less shirt and a purple vest together with a brown hat. He has short, combed hair and is always somewhat unshaved.

The man called Robo-hunter is very smart and has lots of spunk (or schutzpah :-))

He talks like as if he was part of an action movie in which he’s the main star and keeps his cool during most dangerous situations.

Basically he’s a good man at heart, but can be extremely lethal to robots whom he either destroys or reprograms for his needs.

Sam probably has a better skill with robots than human beings… He had grown very attached to his Robometer Cutie whose only desire was to protect Sam (he also went on a berserker rage after Cutie was killed).

“But I know how to dampen a registration robot’s curiosity (zzzzzztt !)‘”

“I’m shooting and shooting, but it’s not enough !”

The story, setting and architecture resembles alot of that in Judge Dredd. Sam Slade could perfectly be inserted into the world of Dredd.

Thus when taking elements from Dredd you could insert Slade as a futuristic action technician.

Bonuses and Limitation:
Actor is only usable against robots. 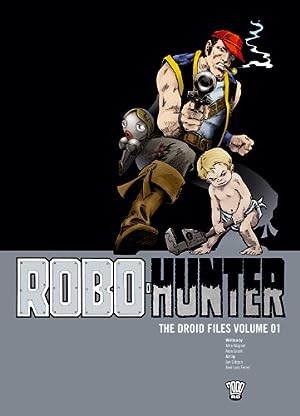 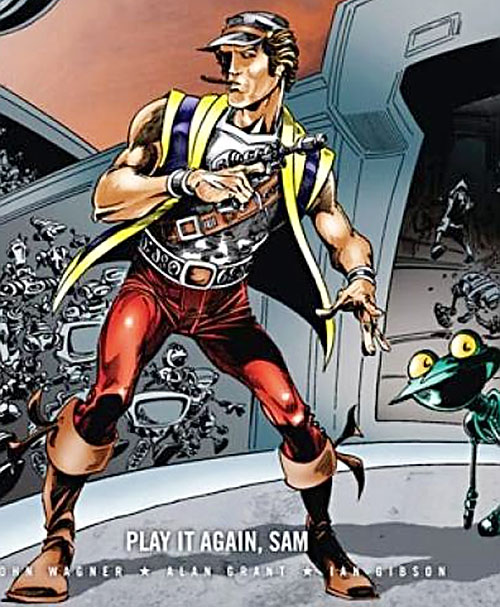 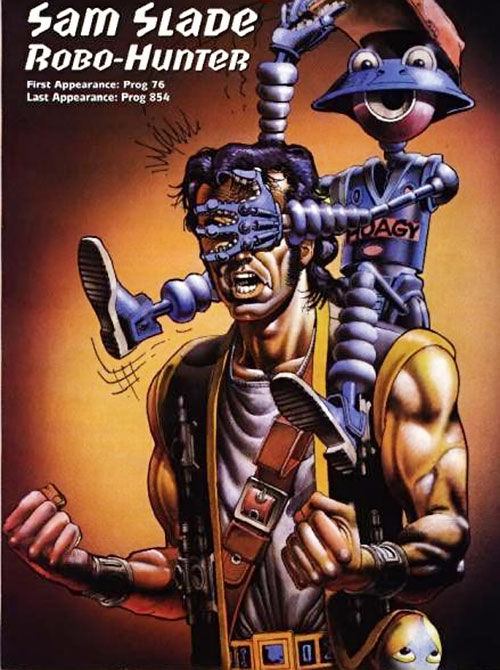 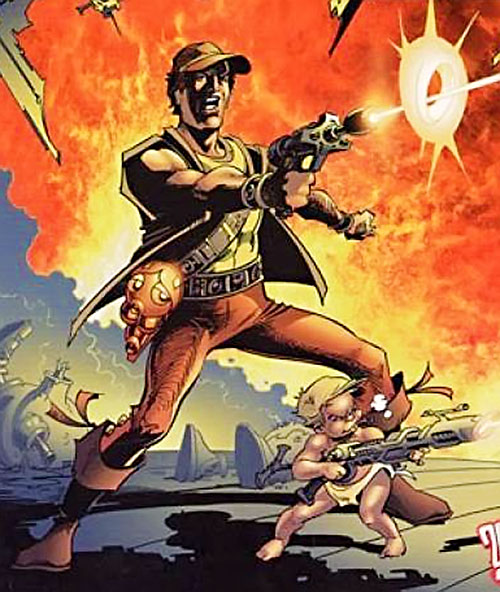