Ms. Eden was an Ulysses Bloodstone support character during the mid-1970s. I suppose she’s been entirely forgotten about.

However, if you need a hard-nosed investigative journalist in a flashback story, she’s actually a fine choice.

Eden seems to be a competent photojournalist and investigative journalist. She’s smart, perceptive and good with people. Stark commented that her dossier on a string of mysterious disappearances was more complete than S.H.I.E.L.D.’s.

Eden appears to be handy with technology. She’s no engineer, but she can generally figure out how stuff works.

Samantha Eden is a freelance, international photojournalist. Though she’s generally on the move, she seems to be based in Marseille, and might thus be French. Much of her career is undocumented, though she seems to have been quite successful.

One comment implies that during her early, less secure career she strove to be a jet-setter. This may mean she made her early paycheques taking photos of celebrities. She met with Tony Stark during one such photo-reporting opportunity, and Stark implied that they shared a tryst on that occasion.

It was also in this context that she met the actor Brad Carter. They had a relationship in the early 1970s. They broke off soon after, perhaps because Eden moved up to investigative journalism.

All the immortal’s men

In 1977, Eden investigated the kidnapping of a number of renowned scientists. These articles attracted the attention of Ulysses Bloodstone. Bloodstone correctly suspected that the abductions were tied to the Conspiracy.

Eden took the initiative in meeting Bloodstone. She had heard that her ex, Brad Carter, had become Bloodstone’s aide. Assuming she could secure an interview through Brad she met Bloodstone and Carter in Brazil.

This landed her in hot water – assassination attempts, giant monster attacks, and the like. But Bloodstone agreed to take her to Bloodstone Island and give her access in exchange for her help in investigating the kidnappings.

Bloodstone went on the warpath and Carter went missing, leaving Eden alone on Bloodstone Island to peruse the archives. This is from this research that most of the data about Ulysses Bloodstone is known.

When Bloostone and Carter returned on a S.H.I.E.L.D. aircraft, Eden nearly shot them down as she reactivated the island’s defense perimeter. Despite the incident Bloodstone made her an offer to work as his PR person. Ms. Eden told him she’d consider it as she left.

Back home in Marseille, Samantha was ambushed in her apartment by the eccentric detective Domino. Domino had been hired by the Conspiracy to make sure Eden wouldn’t get too involved with Bloodstone. They rightly considered that Ms. Eden, unlike Mr. Bloodstone, was smart enough to notice certain discrepancies planted by the Exo-Mind.

Domino forced Eden to agree to an unrevealed deal. Samantha immediately left for New York City to meet with Carter and Bloodstone.

Whilst researching information for Bloodstone, Ms. Eden was informed by Domino of his demise. Sam seemed to intend to finish the story by documenting the death of Bloodstone, but with Bloodstone and Carter dead it is unclear how much information could be found.

Given her successes with famous men, Eden is presumably quite attractive.

She also seems to have the psionic  power to change her hairdo even if it’s materially impossible for her to do so.

Samantha is dynamic and multi-talented. But whilst she tolerates a certain amount of risk she’s not danger-prone or particularly hardened.

Her cooperation with Bloodstone was relatively short — she considered him to be “fun to watch, but terribly boring to know”. Neither did not intend to return his amorous feelings — though she let him entertain those to conserve access.

Eden tended to act in a deferential manner toward men, as per the social norms of the time. She was prone to sarcasm, though, perhaps as she chafed under these restrictions.

She seemed determined to prove herself as a smart professional in a heavily male-dominated profession. Being a 1970s fictional journalist, she was obsessed with finding “the story” that would build up her rep.

“You know, Brad, if this turns out to be some sort of cosmic stunt your ex-producer is pulling to get free publicity for his next film…” 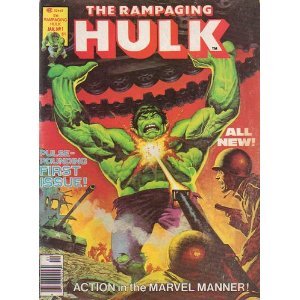 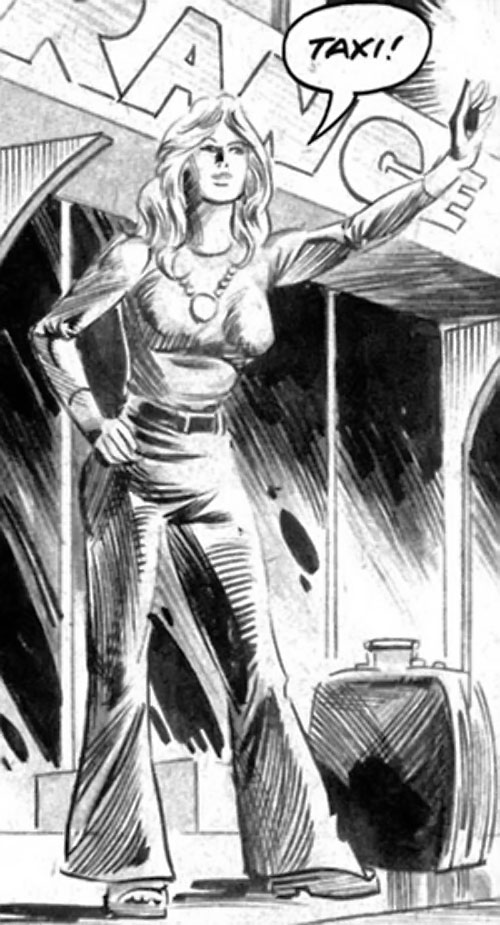 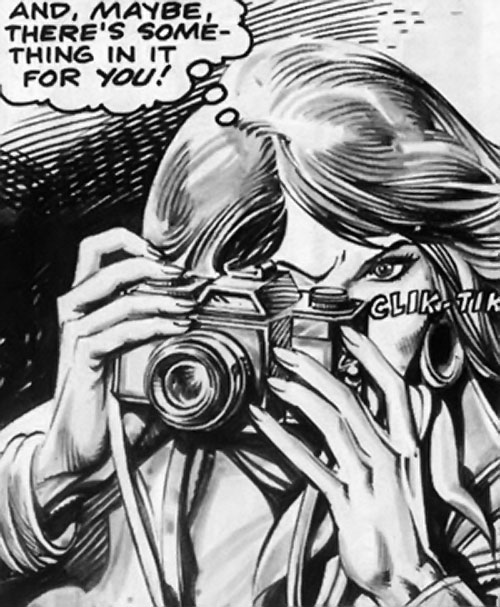 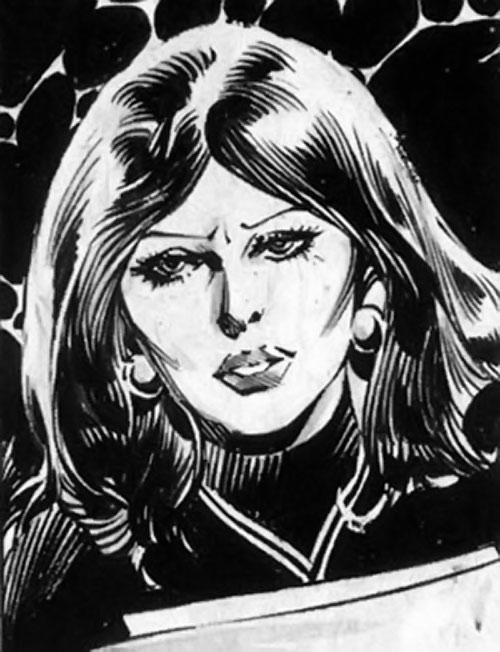