So here’s an example of a compact base, but one that still looks livable (if a bit ship-like in this respect).

The NPC  rooms are one of the minimum size formats. Over the number of NPCs, additional space per room really adds up. This compact (but not exceedingly compact) layout allows for quickly reaching NPCs for interaction.

The bed and dresser are more elaborate than a chair and table, but it looks more livable. The layout also makes it easier for NPCs (except the dryad, more on that later) to mingle and make it look lively.

The sunflowers are chiefly decorative, but the movement buff does get used. This base was installed on the edge of a Crimson zone, so the sunflowers will also mitigate unhappiness if something goes badly wrong.

The crafting area is set as discrete sets in order not to have interminable menus to navigate when crafting. The Terraria menu system is clearly not optimized for the amount of recipes. 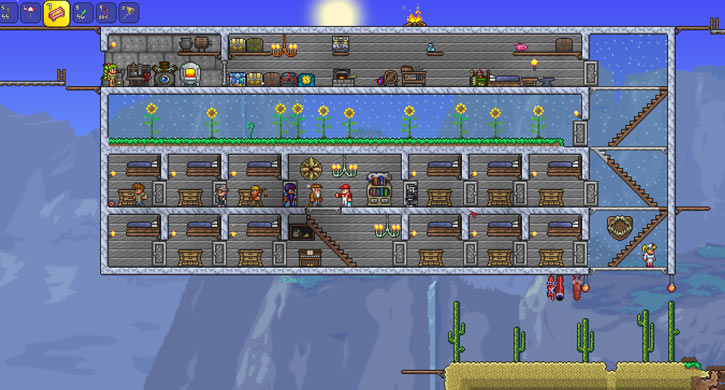 There’s no ground-level access. One door is accessible from the roof, but it is mounted backward and easily defensible (especially with the dryad’s help).

Flying monsters *can* get in from underneath the rightward platform, which is somewhat broad due to the choice of having stairs. However, the NPCs being clustered means a fairly short life span for the occasional stray demon eye. The small rooms are also very difficult for the flyer AI, and the flyers normally get stuck very early on.

Though the base isn’t large, the roof still gets used as an arena. Hence the campfire for regen. The dryad was assigned the topmost room so she could blanket the roof with her protection field.

The fights that take place on this roof :

The mine cart skyway is primarily intended to reach lakes for the fishing quests. The track stops for three tiles over a site of special interest, so as not to overshoot. Under the break are two platforms supporting a sign noting the site of interest underneath, and a vertical rope to the ground (to get back up).

The rails do not block falling stars or meteorites.

The major shafts are six-block-wide ones. They also serve as corruption isolators, containing the corrupt zones placed at world creation. For each zone that’s one shaft left, one shaft right and an horizontal, six-block high tunnel linking the two. 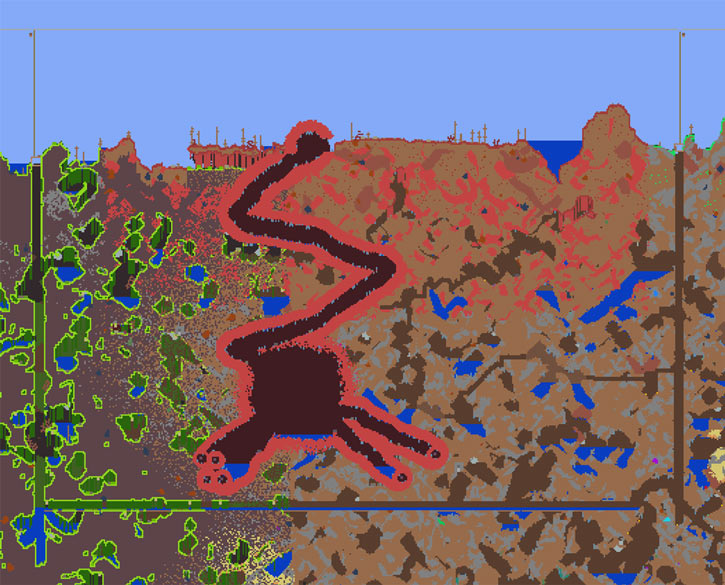 Two vertical shafts and a horizontal tunnel containing one of the Crimson zones that appeared during world creation. The mining cart rails in the sky have a stop at each shaft, with a convenient sign.

These are done right after world creation, using a pickaxe and diving gear  imported from a previous world. A simple deathbringer pickaxe is sufficient to do it quickly, and the diving gear greatly helps with water management.

The first priority is any corrupt zone bordering the underground jungle, though pre-hard mode you don’t have to be *that* expeditious.

The shafts and tunnel then serve as starting locations to explore caverns and underground. They also can be angled to create easily accessible Caverns-level lakes for fishing quests. 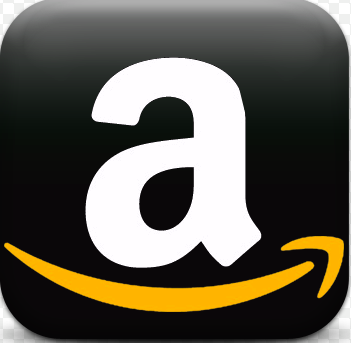 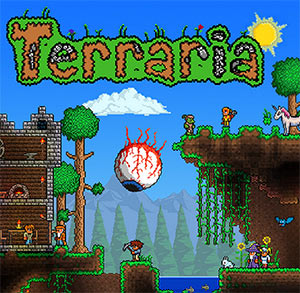 Steam key for Terraria at the humble store
Advertisement