While possessing no powers, Vimes has learnt to fight in the watch and on the streets.

He is capable of lifting a 300lb orang-utan off the ground when angry and not considering the prudence of his actions.

He’s a good detective, but at this point his skills are dulled by alcohol.

Born into a poor district of Ankh-Morpork, Sam Vimes joined a gang when young. That was a necessary survival strategy on the city streets. When old enough, he joined the City Guard’s Night Watch.

While he rose to the rank of Captain over the years, his ascent mirrored the Watch’s descent in relevance.

Under Lord Vetinari’s rule as Patrician, Ankh-Morpork saw crime generally legalised. The Thieves’ Guild and Assassins’ Guild became respectable parts of society. They governed crime, fulfilling quotas and allowing customers to pay ahead of time to avoid the inconvenience of a surprise visit.

This system led to the Watch becoming increasingly irrelevant and toothless. It also left Vimes sinking into alcoholic impotence.

Vimes was in his 40s when the dragon appeared to terrorise the city. He spent what little he earned on alcohol, living in a bare little room above a candlemaker’s in Wixon’s Alley. His troops by this point (the rank, if not the file) comprised of Sergeant Colon, Corporal Nobbs, and overeager newcomer Lance-Constable Carrot. 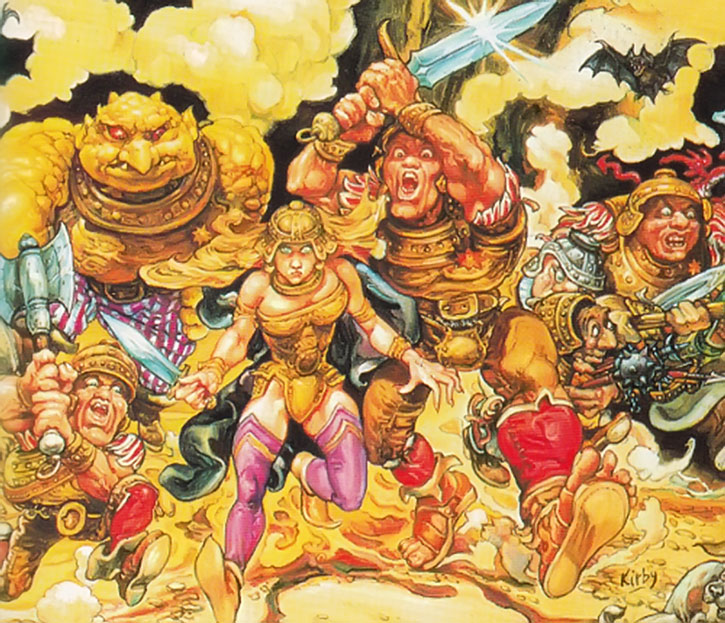 True dragons hadn’t been known of for a long time, and were considered myths. Their closest descendants were the small swamp dragons. These panicky little creatures had unstable internal systems, which often saw them explode if they got too excited.

Determined to do his job despite the indifference of the authorities, Sam sought advice from swamp dragon breeder Lady Sybil Ramkin. She took an unavoidable shine to him. When the dragon burned down their station, Sybil gave them her childhood home, Pseudopolis Yard.

Their investigation didn’t stop the dragon taking control of the city. But Sam and the Watch were able to rescue Lady Ramkin from being the first sacrifice to the city’s new master. They didn’t escape the dragon though.

They were saved by Errol (formerly Goodboy Bindle Featherstone), an ailing swamp dragon Sybil had given Sam as a pet. He challenged the larger dragon to a fight. This turned out to be more of a mating ritual as the dragon was revealed to be female. The pair eventually flew off, leaving the city to return to normal.

The guard were credited with the victory, earning raises if not being restored to their earlier status. Sam ended up courting (or, more accurately, being courted by) Sybil.

Skinny, unshaven, and usually accompanied by a perfume of cheap alcohol. Vimes seldom looks his best.

He’s usually in uniform, which consists of an iron breastplate and helmet. His helmet will definitely not have a plume.

Pratchett has stated he envisaged him as a younger, slightly bulkier, Pete Postlethwaite .

Grim and serious, Vimes is an “old school” policeman. His life is devoted to his job. While concerned with justice more than the law, decades of trying to enforce it in a city run by pragmatism has left Vimes deeply cynical.

His own pragmatic side means he doesn’t fight battles he knows he won’t win. However, this adds to his bottled anger and impotent fury. He reaches a point where something so offends him that he’ll do something about it unless he can dull his ire with whatever liquid intoxicant is available and cheap.

He started drinking to forget, an exercise so successful he’s no longer sure whether or not it’s been successful. It’s been suggested he’s actually “knurd”. This is a level of sobriety beyond sober that requires a couple of drinks to reach sober.

Decades of losing guards to fighting crimes that’ll probably never be prosecuted have taught him the prudence of letting trouble wear itself out. Then he can arrest whoever’s left unconscious at the end of it. He and the other members of the Watch have adopted the policy of running away from any trouble until its over. However, he’s having trouble teaching Carrot this operational protocol.

Sam considers Ankh-Morpork his city. He can tell where he is in it by the feel of its cobbles on his feet, through the worn holes in the soles of his cheap boots.

“Right you are, Mr. Secretary. I’ll see to it that he learns that arresting thieves is against the law.”

Vimes: “No bloody flying newt sets fire to my city.”
Lady Ramkin: “Just think of the contribution to dragon lore.”
Vimes: “Listen, if anybody ever sets fire to this city, it’s going to be me.”
Lady Ramkin: “It’s an amazing opportunity. There’s so many questions…”
Vimes: “You’re right there. It can help us with our enquiries.”

[Facing down a mob while wielding a swamp dragon under his arm] “This is Lord Mountjoy Quickfang Winterforth IV, the hottest dragon in the city. It could burn your head clean off. Now I know what you’re thinking. You’re wondering, after all this excitement, has it got enough flame left ? And, y‘know, I ain’t so sure myself… What you’ve got to ask yourself is: Am I feeling lucky ? Well ? Are you feeling lucky ?”

“There must be a million stories in the naked city. So why do I always have to listen to ones like these ?” 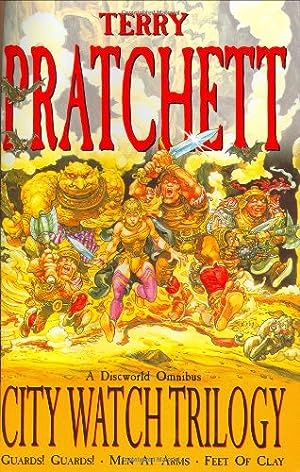 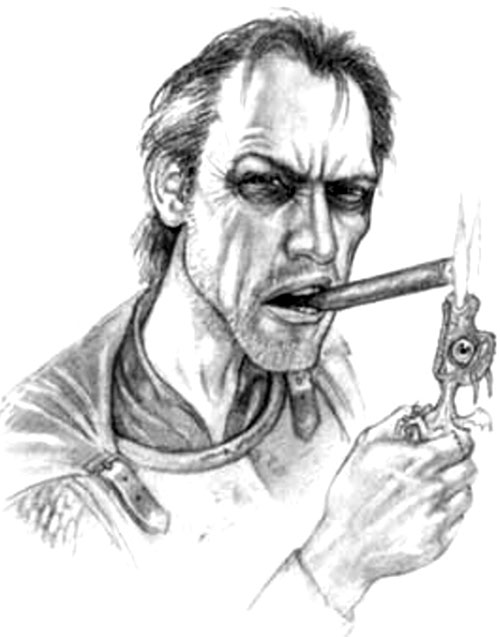