Samurai Jack is a classic samurai of incredible skill. His combat prowess is so great that he can defeat hordes of powerful future robots or humanoid enemies who themselves are considered superhumans. In fact, he has defeated other legendary fighters in a matter of seconds only.&

Even Aku, major demon and world ruler, seems incapable of defeating Jack in a fair fight.

Part of Jack’s might is the powerful magic sword he uses, a sword forged by three gods.

Having been extensively trained also in non-combat matters, Jack is also a capable seaman, survivalist, linguist, carpenter and philosopher.

The tale of Samurai Jack is a breathtaking blend of artistry, morality and adventure that tells a profound tale. Samurai Jack was born and bred to be a warrior. He was raised in the Bushido code, the ancient rules of samurai life handed down from one generation to the next.

While he was a young man, an evil wizard named Aku conquered his land and Jack was sent away from his family to acquire the skills he would need to free his people.

When returned Jack, just as he was about to defeat Aku in combat, he was banished to the bleak future. There, his mental and physical training helped him survive in this strange new world.

Samurai Jack’s chief tormenter is Aku, supernatural beast whose reign of evil has infected mankind into a realm of hate and darkness. Aku takes many forms, shifting shapes but creating a looming malevolent presence at all times.

Aku knows that Samurai Jack is the only force that can defeat him and interrupt his rule, so he is obsessed with doing everything he can to thwart the displaced warrior. The wizard dispatches an army of minions, including insect-like robots, whose sole purpose is to find and defeat Samurai Jack.

Samurai Jack is usually seen clad in a white gi with a black belt and a pair of wooden sandals. His black hair is combed back and worn in a ponytail. Sticking to his belt is his amazing magic sword in its sheet.

Jack walks around tall and nobly, yet humbly, while clearly in harmony with himself and his surroundings. He would appear to be a classical, wandering and simple ronin , to those in the future world to know of such things. But to most passerbys he appears slightly out of place. People are starting to recognize him as the hero from the past here to defeat their tyrant Aku.

Samurai Jack is a humble, strong-willed and noble spirit. He will help those in need, and particularly those suppressed by bullies or Aku. He is mentally very strong, disciplined and resilient, but can, on occasion, explode in combat into great anger if pushed too far.

Jack regularly practices meditation to keep himself balanced and in harmony. He has very acute senses, is finely in tune with his surroundings and greatly enjoys the peace and beauty of nature. He also loves unprocessed foods from nature, such as fish and rice.

For recreation he tends to create straw hats, wood furniture or clothing of excellent quality. The products are as perfect as the pictures in his mind. A man of very few words, Jack has expressive eyes that tell his story better than anything he could say.

Jack is greatly bothered about many injustices present in the future world and will help out in a small scale wherever he goes. In time, this has earned him recognition and fame, both of which he cares little about. He is, however, not against receiving small gifts, such as food or clothing, from those he has helped since he is materialistically speaking a very poor man.

He occasionally thinks of experiences from his past intensive training periods in the ancient world, in order to gain insight into a perilous situation in the future world. He has had to do great adjustments living in the future world, but Jack is an intelligent man, and has understood the workings of most future technology in record time.

He is genuinely altruistic and self-sacrificing, and believes in the might of righteousness. Jack seems to genuinely hate his polar opposite Aku, the shape-shifting master of darkness, who has taken over the future world. He intends to, by almost any means to return to his own time in order to destroy his arch-enemy so that the vile future world will never be.

Apparently the samurai thinks that Aku of the past is weaker than the future, world-ruling Aku. The mere mention of Aku can make him explode, and will make him do some rash decisions.

As soon as evil has been vanquished, Jack returns to his peaceful and harmonious ways anew.

“I am the one who holds the key to Aku’s destruction !”

“A stranger world than this I fear I have yet to visit.”

Samurai Jack could have been a classic hero exiled in the far-flung era of the Legion of Super-heroes. As such, he would fight Mordru, instead of Aku, in some part of the galaxy, possibly on Earth.

Another possibility — everything happened exactly as we saw on the show. Aku sent Samurai Jack into the late 29th-early 30th century.

So, after many adventures, and many batles with his hated foe, (who, at this time, had become known as “The Black Dragon”) the man known as Samurai Jack finally destroyed his evil adversary once and for all.

After destroying Aku, Jack found an infant laying in the rubble. By this time, sometime in the mid 30th century, Samurai Jack had grown quite fond of this future world and its people. He had also grown quite old, and so went into semi retirement in order to raise the baby boy, whom he named “Val Armorr” to be honourable, and teach him martial arts as his sensei.

Drawbacks:
Archenemy (Aku, the shape-shifting master of darkness), Forced Exile (the far future Earth), Hunted (Bounty Hunters), MIH (Aku), SIA (Getting back to his own time in order to change the future)

Equipment:
Magic Sword [BODY 25, EV 07 (11 w/Martial Artist, 25 vs. Aku), Sharpness (EV): 06, Bonus and Limitation: The sword uses all its abilities (both EV and Sharpness) temporarily if it is ever attempted to be used against complete innocents (including Jack himself)].

Shtick (Subdual) [Cost: 20 HPs]
A character with the Subdual Shtick is extremely adept at subduing and stunning his opponents. This is done by performing a nerve pinch, choke hold or similar. If he uses his Martial Arts for AV and a Critical Blow, he may score -4 CS to the RV instead of the usual -3 CS RV. The No Vital Areas Advantage is still useful against a character with this Shtick. This Shtick is a low-powered version of the Devastator Shtick. 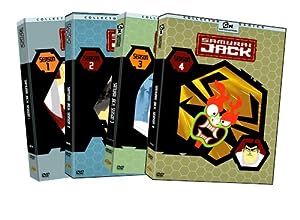 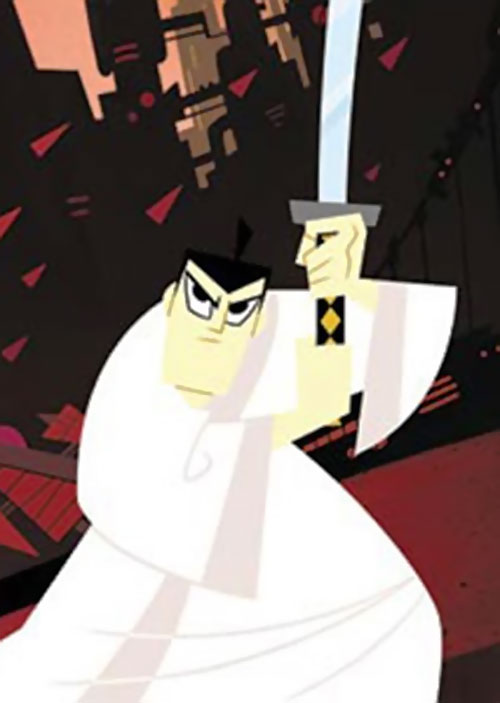 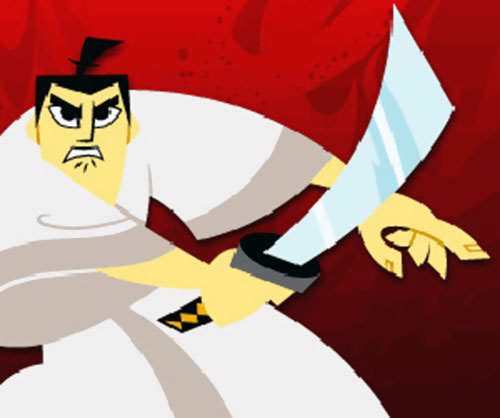