Sandor is extraordinarily strong, and can take many superhuman blows before being knocked out.

Though it is technically possible that he was a baseline human, one suspects that he might be a low-key mutant. Especially since in his eyes look a bit odd in one panel.

According to the Red Skull (Albert Malik), only a handful of fighters have any hope of defeating Sandor.

He seemed mute, but appeared to understand English.

In 1975, Spider-Man stalked the “1950s Red Skull” (Albert Malik) in Algiers, in order to prove that his parents had never been traitors. When he invaded the Skull’s hideout in the Casbah, he clashed with Sandor, a traditional giant mute henchman.

Thanks to his superhuman strength and speed Spidey won, but the battle allowed the Skull to flee.

Connections:
None demonstrated, but let’s throw in a Area Knowledge (Algiers’ Casbah area) for colour. 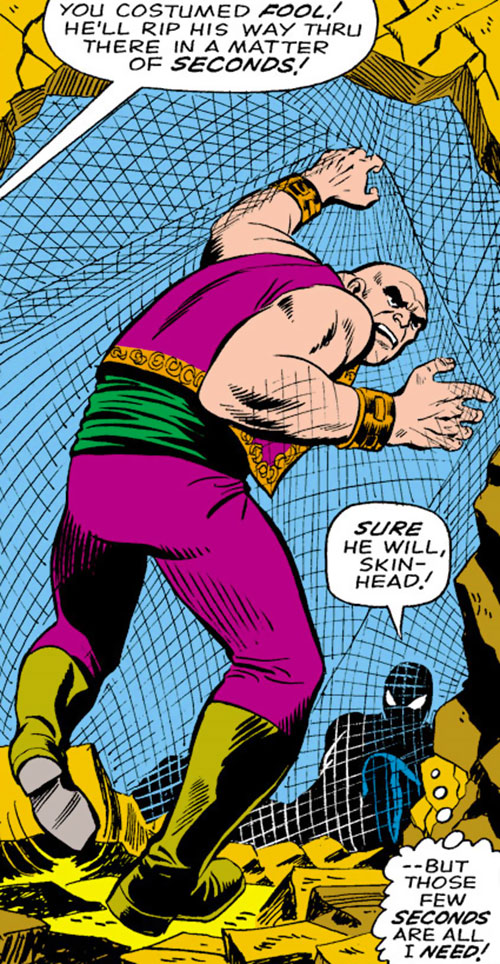