Styx is a mutant lifeforce vampire. Her kiss drains life (in DC Heroes RPG terms, BODY). She sometimes calls it the “Kiss of Death”.

Even if her victim is tough enough to survive this he will likely be weakened, disoriented and dizzy (Numb). One kiss nearly finished off Wolverine (James Howlett), and left him too weak to fight off Razor-Fist (Douglas Scott).

She once appeared to draw life force by pressing her palms on Tyger Tiger’s face. I have assumed that it was to avoid depicting Sapphire kissing a woman.

Furthermore, Styx can repurpose the extra lifeforce she drains. The three main witnessed uses are :

Sapphire arranged to always have enough lifeforce for heightened beauty, and some superhuman STR. The latter is likely to feel safer on the mean Madripoor streets.

Sapphire Styx (likely a stage name of sorts) is a femme fatale, moll and mercenary.

She works within the Madripoor underworld.

Back in 1988 she had thrown her lot with the then-dominant crimelord on the Asian island, Roche. She became a regular at the infamous Princess Bar, spying on owner O’Donnell.

Heart of the Wolverine

When Wolverine became a thorn in Roche’s side, he sicced Sapphire and Razor-Fist at him. Ambulating in the sordid Madripoor streets in a slit dress and high heels, Styx accosted Wolverine. When he attempted to brush her off and get away, she forced a kiss on him.

Wolverine became one of the very few people to ever survive Sapphire’s kiss – possibly the first. But he was left so dazed and weakened that he was an easy prey for Razor-Fist, who beat him up and captured him. Wolverine was held on a rack and tortured for a while by one of Roche’s men.

Wolverine’s superhuman regenerative durability was a limitless font of lifeforce for Styx. Furthermore, she enjoyed the feral quality it had. Styx often came to kiss Wolverine. This likely freed her from having to charge up, and weakened him for the torture sessions.

Razor-Fist, respecting Wolverine’s warrior spirit, eventually facilitated his escape to give him a clean death. The seeming corpse was thrown over a cliff. Wolverine, of course, survived.

Eye of the Tyger

Logan then allied himself with up-and-coming crime boss Tiger Tyger. Together they stormed Roche’s estate to free an ally. Bursting into the torture cell, Tiger Tyger shot Sapphire in the back with her M3.

Using drained life force, Sapphire recovered from the attack. She started manhandling Tiger with her enhanced strength. But her opponent resisted, and bit Styx’s throat as she started draining her life force. Tiger then clubbed her with a burning poker to the face.

Roche’s torturer helped Sapphire leave the room, and she thus escaped the downfall of Roche. Sapphire then likely used her lifeforce-stealing abilities to fully heal her wounds.

In 1993, she stole Yashida Clan property from Tiger Tyger, who sent Wolverine to recover it. Wolverine easily succeeded and brought back Styx and the box. Tyger said “arrangements” had been made for Styx, but declined to specify.

On some panels, Sapphire looks like an Asian female with dyed hair. On some others she looks White.

Her height is hard to tell. She always look slightly shorter than most men she’s seen next to, from Wolverine to guys with a more average height. My original guess was 5’5″, but an official 5’1″ has since been given and, well, it works too.

A cruel and selfish criminal and parasite, with a debased sense of fun. It is possible she was driven to crime due to her apparent need of victims to feed off of.

She tends to assume that no man ever resists her charm. Even Wolverine, though she was probably just jonesing for another sip of his unique lifeforce.

“Stranger, this doesn’t seem to be your night. But who can tell, perhaps your luck’s about to change ? You know what they say about nothing ventured, nothing gained.”

“Such a pity Sapphire Styx doesn’t take ‘no’ for an answer.”

“Oh lordy, it’s such a waste to leave you at Roche’s tender mercies. I’ve never tasted such a powerful, primal essence. If I dared defy him, I’d steal you for my very own.”

Roche: “Sapphire, I leave our ‘guest’ to your tender mercies.”
Styx: “Roche, you *do* know the way to win a girl’s heart.”

Drawbacks:
Styx may have a physical need (or addiction) to drain lifeforce to sustain herself.

Sapphire’s energy draining kiss is quite potent. And she gets to use the “overflow” RAPs in interesting ways through her Power Reserve.

The offensive part of her power works as follows.

Vampirism and Numb are Combined, with Vampirism as the primary Power within the array. However, this is her kiss, which can only be a non-combat action.

She will often kiss people by surprise. Use the Difficulty Table to assess the penalty to OV for the target, depending of the amount of surprise and resistance of the target. Most straight men are likely to have an hefty penalty, especially if she has Attractive on.

A willing, or completely surprised (GM’s call) subject will be attacked against RV/RV rather than OV/RV. In this instance Sapphire gets to use her three Powers as their own AV – otherwise she uses her straight DEX.

Sapphire usually operates with 6 APs in her Power Reserve. She presumably vamps a few schmucks before she starts working – perhaps prisoners kept by her employer. She uses these for Attractive and a STR of 06.

The Charisma and Detective stuff is here for people with house rules about Unskilled Character Interaction.

Reparative drain ● 6 points ● Descriptor: Mutant
Healing 10 (Self Only, Energising, Restorative, Stabilize, Limited 2 (each degree of success consume one point in her pool, Healing cannot be used if she runs out).

Lifeforce enhancements ● 19 points ● Descriptor: Mutant
All the following are Limited 1, in that she has to spend points from her pool for each Rank in one of those. These last for about 12 hours.
– Enhanced Agility 2
– Enhanced Dexterity 1
– Enhanced Awareness 2
– Enhanced Presence 2
– Enhanced Strength 6
– Enhanced Stamina 4
– Enhanced Advantages (Attractive 2, Fascinate (Persuasion))

Sapphire usually has 6 points in her Weaken-based pool. She presumably vamps a few schmucks before she starts working – perhaps prisoners kept by her employer. With these she’ll get herself Attractive 1 and Enhanced Strength 5.

Helper(s): Darci, Chris Cottingham (for knowing how to use the Powers I designed better than I do…), Gareth Lewis. 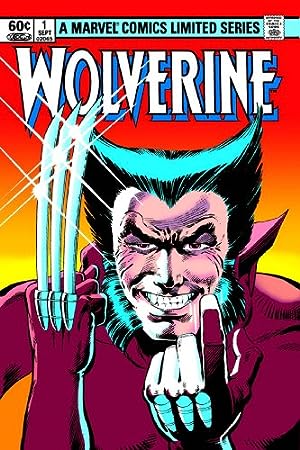 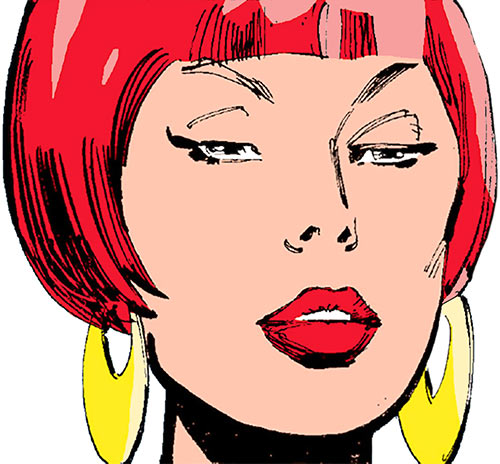 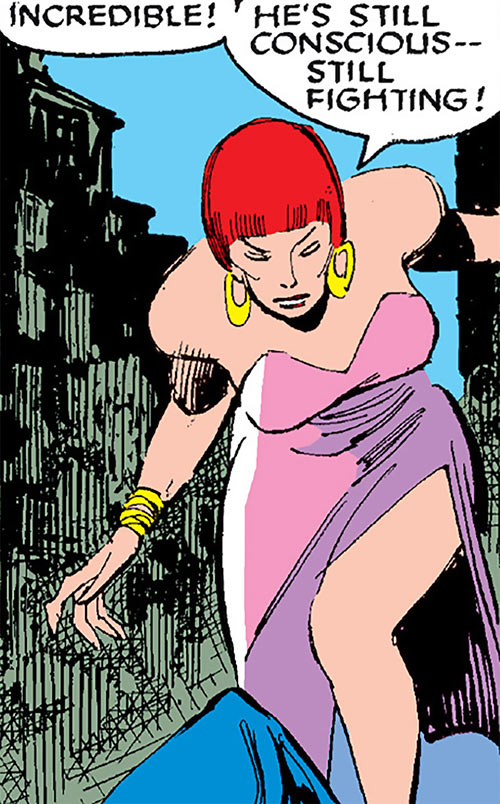 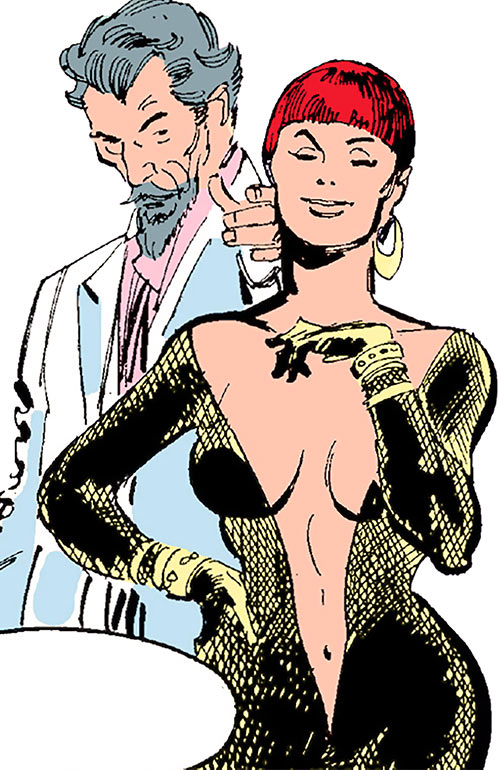