This article is about a warframe fighter in the Warframe video game.

Some other articles might be best read before it :

Saryn warframes are weapons of mass devastation. They wield an arsenal of spores and toxins. These inflicts a ghastly death upon everything in a large area.

These pathogens are far more powerful than any normal toxin. They likely are a specific strain of Infestation.

The spores will not live too long or too far away from Saryn. This may be a security measure to avoid exterminating an entire planet. 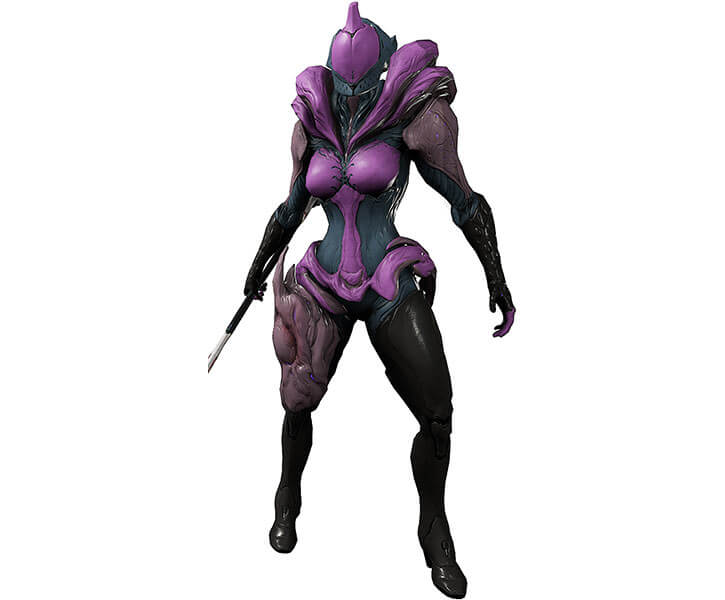 Saryn has toxin ducts on her hands and forearms. The weapons she wields can be modified and plugged in, thus doubling as venom injectors.

Many venoms can be produced. From flowing resins to coat blades to poison gas mixing with a flamethrower’s output.

Most Saryn-class warframes chiefly kill by emitting death spores. These seem vaguely fungal, but are closer to airborne macrophages. They will seek out the living, robots, the Infested, etc. and kill them by warping flesh, metal and plastics.

Through their lifespan is limited, they will form large abscesses on their targets with more spores ready to “hatch”. Puncturing this abscess will propagate the contamination.

Saryn’s other toxins are highly reactive with these abscesses, so she doesn’t have to actually hit an abscess to make it burst. Just hitting, or even narrowly missing, the bearer will suffice.

Since the spores do not kill instantly, Saryn can also emit a large (but unmoving) cloud of viruses-laden mist around herself. This kills much faster. The mist includes Infestation strains capable of harming robots, though it’s less efficient.

The pathogens within also react with spores abscesses.

Saryn has a special defensive trick – she can “shed her skin”. This leaves a decoy looking like her. Since it has a certain resilience, and explodes with a poisonous release if destroyed, this is likely an Infestation-based construct.

In the midst of combat (and with everyone drowning in airborne spores) this decoy works quite well. 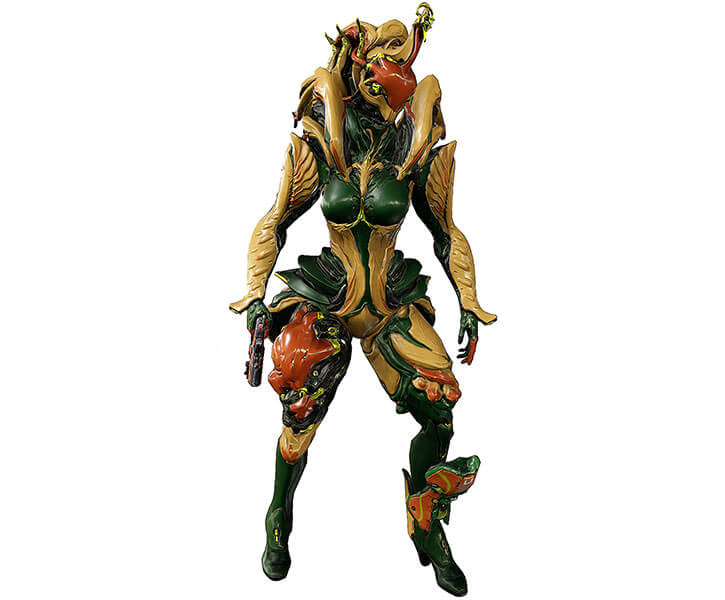 Using Pets and Equipment to model powers is a trick we’ve used time and again. Though it may seem odd if you’re not an old-timer.

Observe how the Pet can take Action whilst Saryn is otherwise busy, how the “shed skin” decoy being Equipment makes its use unambiguous, how it clarifies notation, and so on.

(And that the Pet, having no Initiative, acts last in the Phase. This represents how the spore don’t kill instantly, and Saryn has to work on defense in the meanwhile.)

Yes, pedantically there should be something to key such abilities as being Powers-like. For meta-Powers purposes, such as Neutralize and Mimic and whatnot. But OTOH the points break would be tiny, and few if any GMs will have issues handling this if it occurs.

(Though it’s not *that* pedantic. The situation does occur in Warframe gameplay, namely Nullifier bubbles).