Let us be clear — I have no idea why there is an issue of Boris Karloff’s Tales of Mystery in that pile of comics. It presumably was a filing mistake. But, well, as long as it is around…

Though it was published in 1973, this book was part of an horror anthology series in the vein of the early 1950s material. It was toned down to fly under the Comic Book Code Authority, though at that point it had weakened enough to allow for some horror themes to make a comeback. Hence characters such as Tigra, the Ghost Rider, the Werewolf by Night, the Son of Satan, etc..

Professor Faber, an archaeologist, came back from Africa with a large collection of masks. But he cautiously put one aside — a striking, bright scarlet full-sized wooden head.

There were excellent reasons for such caution. But none of them were known to his son Ken Farber, an excitable young fellow. Ken was showing the finds to his friend Stuart Markham.

Ken jokingly put on the mask. He wasn’t aware that this artefact was used by desert dwellers to make their warriors more ferocious. Soon, he was rampaging, yelling around, and throwing and smashing stuff with extraordinary strength, with Stuart trying to stop him.

Stuart managed to call Professor Faber. But Ken smashed the telephone to bits before the professor could tell Stuart about the only way to remove the mask. It was to douse it in what was most precious for desert dwellers — water.

Thankfully, Ken then charged a poolside party. During the struggle he and Stuart fell into the pool. Ken came to his senses holding the mask, having no idea what happened.

Then Boris Karloff came in and said “I think the boys will be more careful in the future, don’t you ?”

SCARLET MASK [BODY 06 /STR/ 05 /BODY/ 05, Cling: 06, CIA toward acting like a rampaging savage, SIA toward following the *first* order heard after putting the mask on. Limitations: Cling only to adhere to the wearer ; Cling is instantly broken by a bucketful of water, and lesser amounts of water will likely proportionally reduce the APs of Cling.]

Use Power Reserve or Enhance instead of italicised Attributes if you want it to be useful on any superhuman.

More generally, feel free to play around with the stats so that it fits the story you want to take place. There isn’t enough material for the stats to be rock-solid. 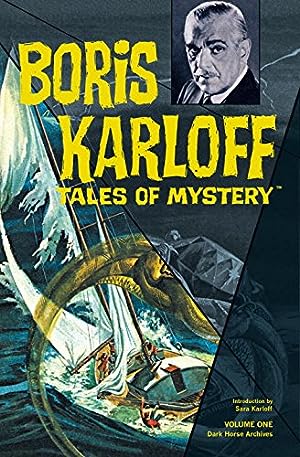 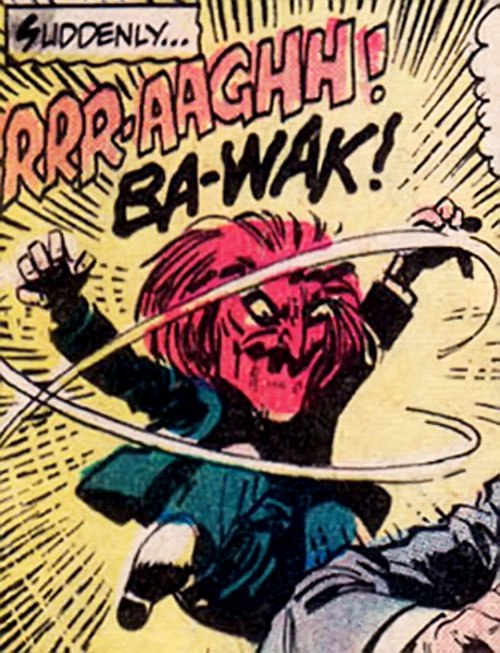 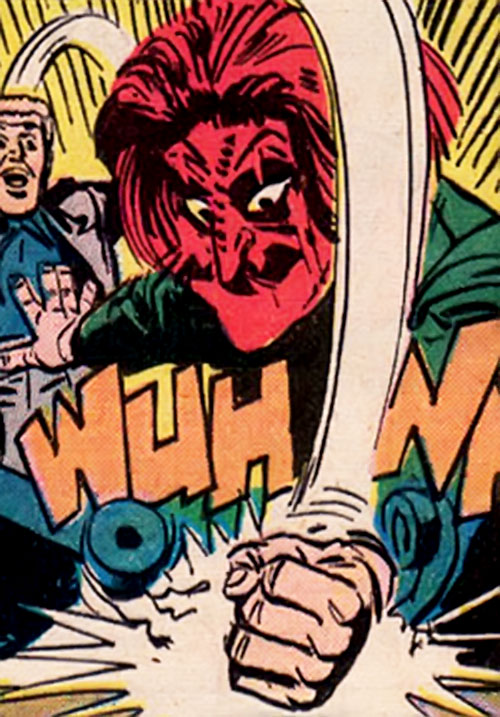