Dragon’s Claws was a post-apocalyptic action series from Marvel UK, published in 1988. I don’t think it had a significant visibility in the US.

Though it was short-lived, it was sort of cool.

The titular Dragon’s Claws are a group of badass death sports gladiators who become sort-of-good-guys mercenaries on a dying future Earth, in the year 8,162.

This profile is intended to be read *after* the Dragon 8162 character profile. Which presents the context.

Scavenger is a solid, vicious close combat specialist and gunman. He excels at using whatever he can find as an efficient weapon.

He also has a dog, which is rare.

Scavenger’s rep and unusual ethnicity earned him a reputation as not being human.

His ability to disappear and move in mysterious ways has every opponent of the Claws scared.

Scavenger once demonstrated enough ninjaness to sneak into the middle of a battlefield. Then he untied four other Claws who were prisoners. The Claws didn’t even sense he was there – or feel anything. They just were tied down one instant, and free the next. 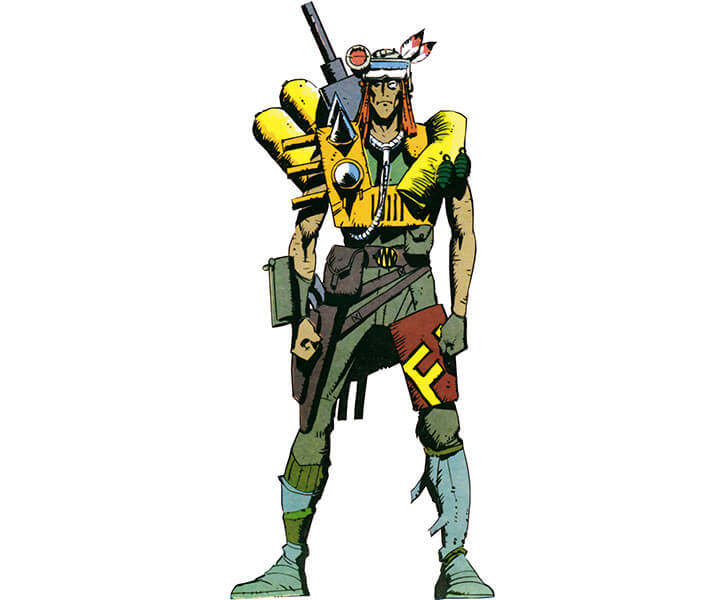 His slight accent and his features hint at a Native Australian heritage. Whether he was actually born in the Austro-Zealand crosslands is unrevealed.

The first records of someone who might have been Scavenger (though here, once more, much is based on theory and rumour) place him — aged approximately 18 — with a group of sky pirates. These were operating from a base in Northern England.

At first these aerial hijackers confined their activities to unmanned freight transporters. Such vessels were used to bring in supplies of food and medicine to the North. But a horrifying attack on a manned cargo transporter then left all six crew dead.

It is thought that Scavenger was not with the pirates when this attack occurred. Apparently, he mostly dealt with the sale and distribution of their stolen goods on the black market.

Scavenger is thought to have been responsible for the deaths of his fellow sky pirates shortly afterwards. 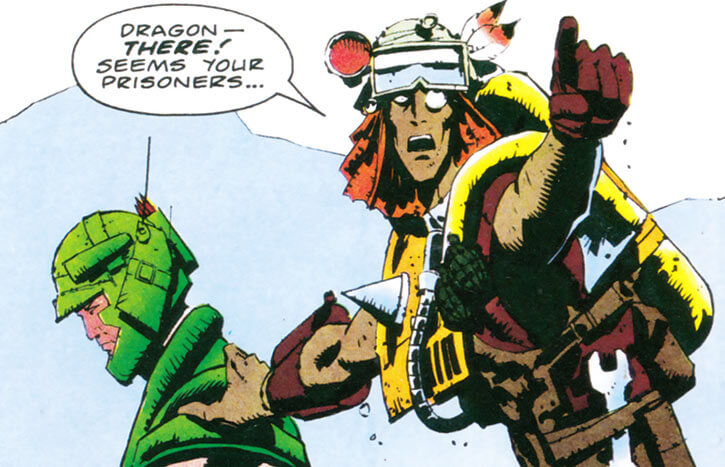 He next surfaced in 8150. The W.D.C. was attempting to relocate a whole community who had made their homes beneath the streets of what had been the Birmingham conurb.

The resultant series of battles — the “Tunnel Wars” — left many dead on both sides.

Scavenger was positively identified as one of the prisoners sent to the Chaney Maximum Security Prison. When Chaney collapsed into the ground two years later, Scavenger was assumed to have died.

In actuality, he was being forced to work for the other prisoners. These had been locked into the cramped, inhumane prison for so long that they all suffered from a severe phobia of open spaces.

As one of the most recent inmates, Scavenger could still venture out of the wrecked prison to get food. The others clamped an explosive charge onto him to force him to return.

Get your Claws out

Dragon came across Scavenger during the course of a particularly bloody Game match against The Jesters. So impressed was Dragon with Scavenger that he soon offered him a place in the fledgling Dragon’s Claws team.

A few years later, the Claws made it to world champion status. Then, the Game was stopped by the WDC as it was getting out of hand.

Scavenger’s reckless behaviour got him into massive troubles, and eventually returned to prison. When N.U.R.S.E. reformed the Claws as a law enforcement unit under Dragon’s leadership, Scavenger rejoined the Claws.

A quiet, weird guy. He doesn’t talk much, but is often weirdly joking when he does.

Scavenger enjoys being mysterious. He will rarely explain what he was doing when he was out of sight. Which is not much of a problem, since for Dragon only results count.

He seems to be something of a pessimist. He is usually the one who points out the possible catastrophes and conspiracies around the Claws.

“Maybe N.U.R.S.E. is in possession of all the facts. And chose not to tell us.” 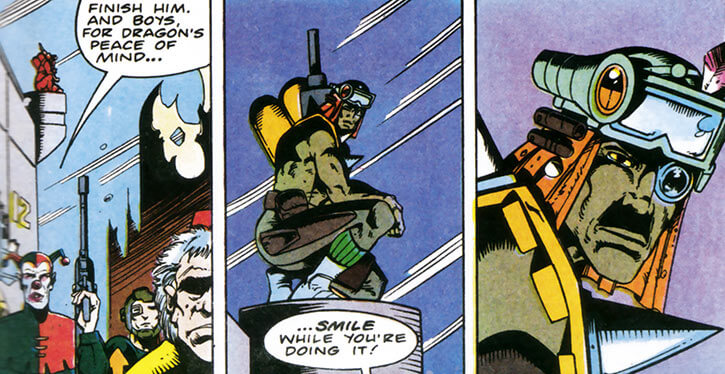 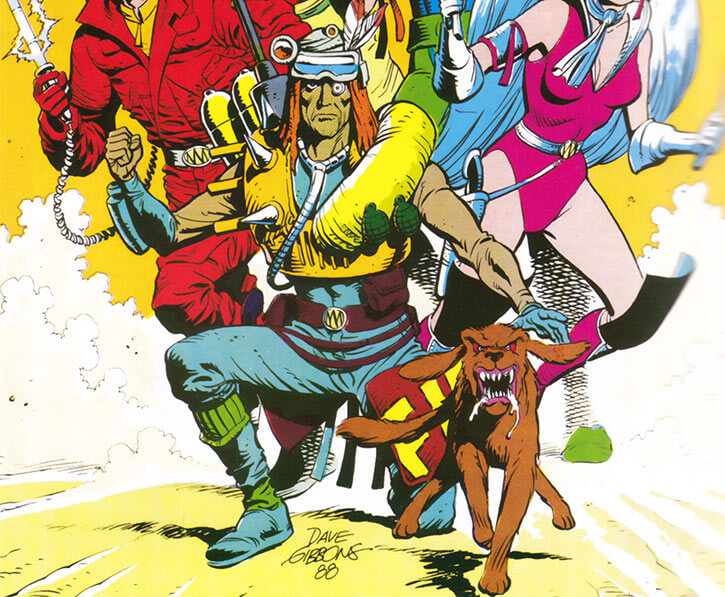 Dogs, like any other animals, are rare and even remarkable in that era. It was living in the vast stretch of beaches that used to be the southern coast of England.

The mutt is extremely aggressive, although he was quickly trained by Scavenger to behave. It is now very friendly toward the Claws.

It was named “Ladykiller” since it helped the Claws defeat the Vanishing Ladies shortly after it was found. The Claws couldn’t see their invisible opponents, but Scavenger’s mangy mutt could smell them.

The dog is improbably good at tracking down familiar people, even across a city.