Sharp seems to be fairly ordinary, though I have posited general physical enhancements from the promethium infusion process. As her name indicates, she can create and control powerful sandstorms.

A large mass of sand propelled at high velocities can of course turn most living beings into a skeleton pretty quickly. But Scirocco is not a killer and will usually instead try to buffet people unconscious with her Air Control. Or bury them under a pile of sand and packed soil. She has also been known to drastically increase air pressure to incapacitate opponents. 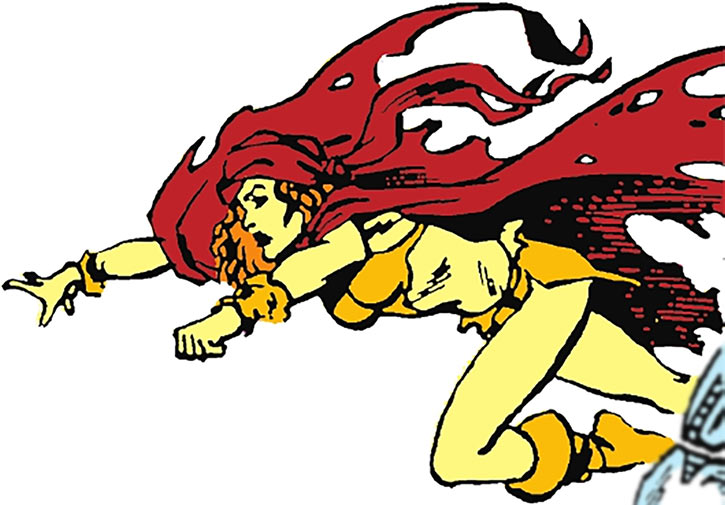 Projectile Weapons (the sand blasting attack) is never used by Scirocco, even under Mento’s control. The stats for it are extrapolation. But it kept being mentioned in secondary sources and dialogue. And she would likely use it under some circumstances (such as non-living opponents).

Like Touch-N-Go, Scirocco was briefly recruited by Circe for her super-villainesses attack on New York City. She was seen trying to take Argent down. 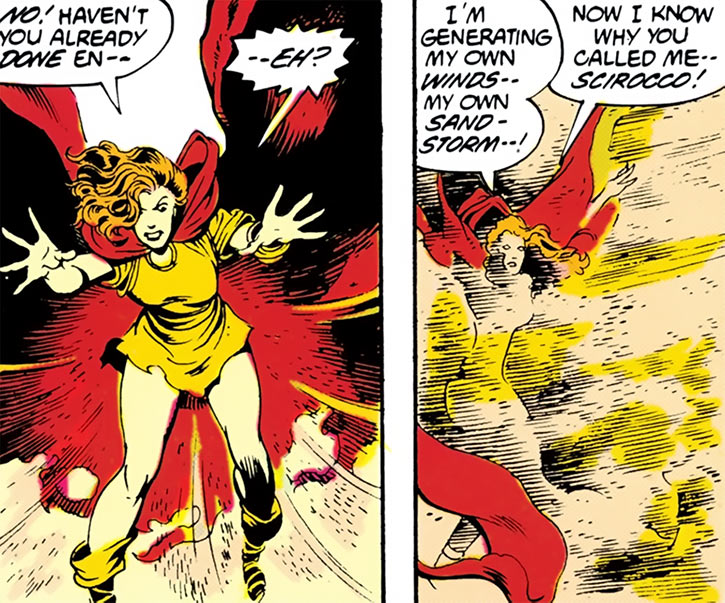 Scirocco usually wraps herself in her cloak in the field (with her eyes glowing white under her hood). Presumably because she’s uncomfortable running around in a sort of shredded bikini.

Scirocco seems to be an ordinary, somewhat introverted person. She does not want to kill or seriously hurt anybody, but is too scared of Mento to rebel.

“This is no mere dust devil, Changeling… I can command a sandstorm that will bury you alive !”

Scirocco, Mistress of the Desert Winds 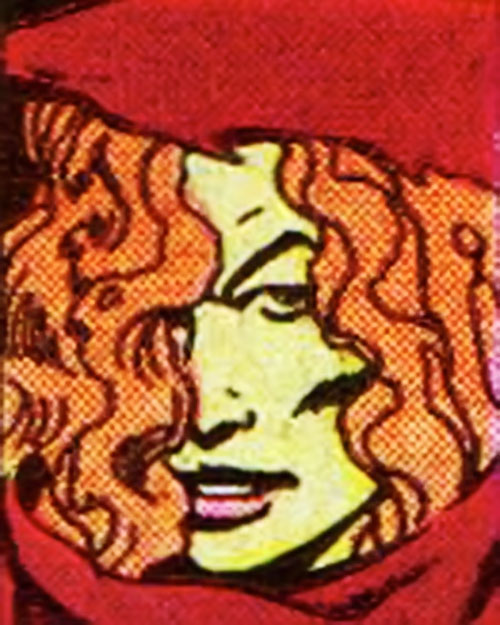 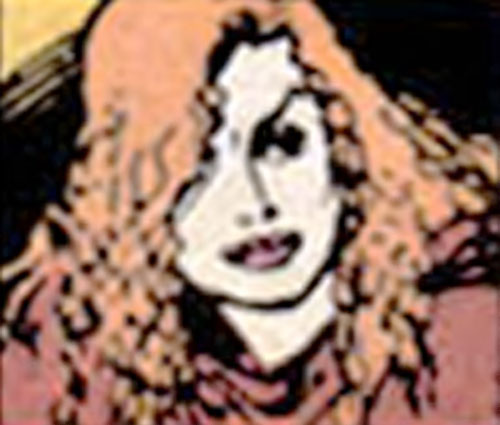