Scoopshovel is a reputed player on the US jai alai circuit. Jai alai is a sport more widely known as pelota, chiefly practised in Basque areas of Spain and France, and vaguely similar to a much older version of squash.

His “scoopshovel” weapon makes his arm stronger (in DC Heroes terms, STR) and faster (AV, Enhanced Initiative). He can use this strength to punch stuff with the front of the shovel-like attachment (Claws).

The latter is sufficient to rupture open metallic drums and the like. But against people he much prefers to use the flat of the shovel (in DC Heroes terms that uses the arm’s STR for EV).

It can also be used to pick up debris and other objects around him and hurl them at opponents in a pelota motion. Pieces of furniture such as chairs and the like are good projectiles for Scoopshovel. And a shovel-full of debris, a pile of dining plates, etc. will blast a small area like a black powder cannon’s grapeshot (Scattershot Advantage).

Scoopshovel’s first language is Spanish, and his English is closer to a loose comic book Spanglish. Like most of the others he has a temper but he’s not actively homicidal.

I got the impression that he thought that wrecking stuff and general mayhem was fun. But he’s definitely not a fan of when events start going against him and he feels in danger. In fact his confidence completely deflates under such circumstances.

“The battle – she goes well, chiquita.”

“¡ Estupido ! The power of Scoopshovel can stop anything !”

Scoopshovel can use his specialised Acrobatics as his AV to catch and hurl projectiles he can fit in his hand (or a pelota or baseball glove, or his SCOOPSHOVEL). 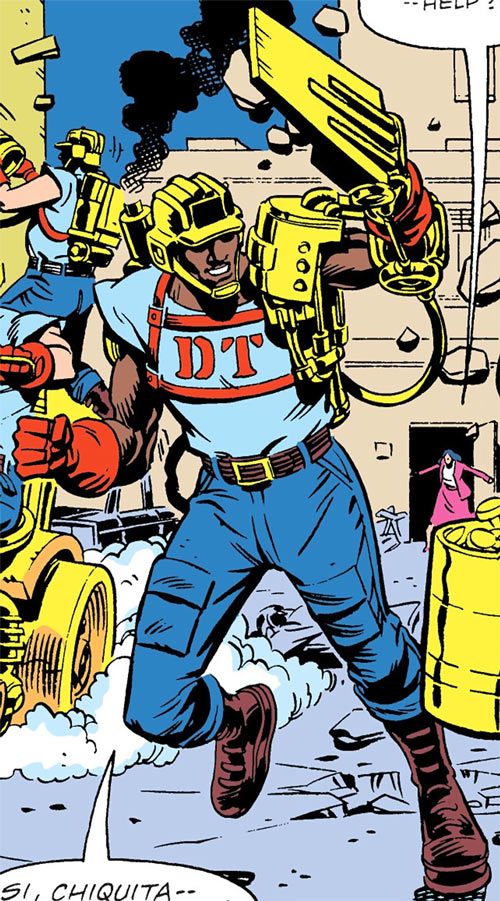 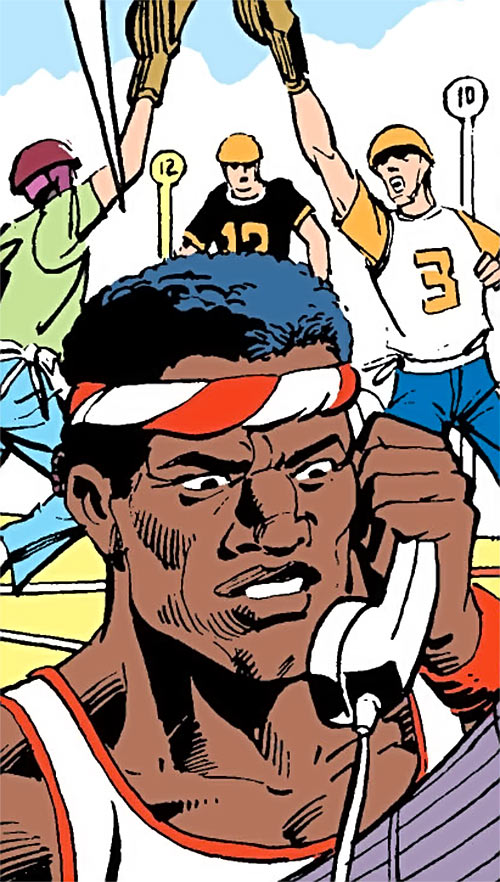