Like most of the groups the Skull created after his return as a clone of Steve Rogers (such as the Watchdogs and the Resistants), the members weren’t aware they were working for the Red Skull. The official version within the organization is probably that the Angel started it even though it was secretly the Red Skull who controlled it.

Prior to his death, the Scourge who was first seen in 1985 claimed to be the son of a Hollywood movie director famous for his westerns. He also said that he was the younger brother of the Los Angeles-based criminal called the Enforcer (Charles Delazny).

Sickened by his brother’s criminality and how it was tormenting their father, Scourge acquired a special gun. He then disguised himself as a derelict woman using skills learned from his father’s make-up men, went out, and gunned down the Enforcer.

This Scourge then supposedly decided to devote his life to serving the cause of justice. He bought a truck to use as his mobile headquarters, bought a computer and elaborate make-up equipment, and hired a private detective named Domino to gather information on criminals for him.

The Scourge then drove about the country, ruthlessly exterminating criminal after criminal while wearing various innocuous disguises.

After numerous successful hits, Scourge was thwarted by Captain America, who prevented him from killing the injured villain Constrictor. Scourge managed to get away. But after he committed a mass murder of 18 costumed criminals, Captain America lured him out of hiding and apprehended him.

Scourge confessed to the numerous killings, providing information that was never released to the media. His was the misguided notion that he could make Captain America see they were on the same side of the law. It was then he revealed his alleged background.

But before Captain America could turn him over to the authorities, Scourge was shot by a gun identical to his own. The unseen assailant then shouted “Justice is Served !”, Scourge’s own slogan. The Captain could not prevent the Scourge from dying from the wounds nor could he apprehend Scourge’s killer.

To protect the secret of the others, this one Scourge had been sacrificed.

Another Scourge, Priscilla Lyons, was well trained but just couldn’t kill in cold blood. She fled, sparing the life of the long-since retired, impoverished Matador. As a result, she had to rely on Captain America’s protection for a time, becoming the super hero Vagabond.

Later on US Agent broke the organization. Two other Scourge were revealed during USAgent’s attack. One was a woman named Caprice, the other a man claiming to be USAgent’s big brother and also known as Bloodstain.

Book of the dead

The Scourge appears to be a well-trained, slenderly built man all clad in white. He wears a coat, looking like a doctor’s. It covers most of his body including his neck, upper body, arms and outer sides of his legs down to his feet. He wears completely white trousers, barely seen from the front, beneath the coat. His shoes are shining white, as are his gloves.

The face is all covered up by a white mask with parts on both sides of his mouth and around his eyes being completely black. This gives the total impression of a skull. He also wears a white broad hat with a black band around it above the seem. All clothes are worn very tight and strict.

The Scourge is the ultimate, pitiless “Nemesis”. There is no reprieve from his death sentence.

He’s a master of disguise who never lingers at the scene of his murders. His usual modus operandi is :

The first Scourge followed a definite pattern. All of his victims (barring “self defense” scenarios where this agent is personally attacked) were convicted felons, and all had some kind of superhuman ability or unique weaponry. A mere reputation wouldn’t count in his case unless the character has also been arrested.

Scourge basically went after flotsam, villains that were “dead” in print long before they were actually killed off. The only real exceptions were the Melter and Death Adder (and he shouldn’t have gotten the latter — I mean, why were the Serpent Society sending a mute man to do negotiation ?).

The second Scourge, however, didn’t follow the same pattern. He killed anyone working for the apprehended criminal regardless of position : hired guards, housekeeper, the cook and so on completely regardless of legal status or reputation.

The change in modus operandi from Scourge to Scourge leaves some degree of freedom for the GM. The Scourge could be just another maniac, or he could be strict as the first Scourge was.

Any player with the reputation of being a vigilante or a supercriminal (Mistrust Drawback, in DC Heroes RPG terms) stands the risk of being the next victim of the second Scourge. This Scourge would probably sneak up to the player/s to gun down the appointed victim. If the player fails his Perception check he is in for an heavy assault.

It also seems the Scourges first go after the criminal responsible for their reason being the Scourge in the first place.

Or the players could witness the (seeming?) execution of a famous villain. This could be the beginning of a long hunt into something bigger…

The Scourge of the Underworld (typical operative)

Note:
Individual stats may vary by an AP or two.

Helper(s): Sébastien Andrivet and others (sorry, lost your names, but thanks anyway !). 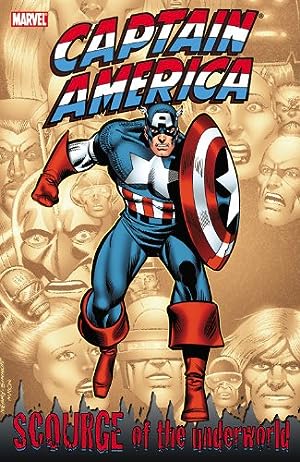 Captain America: Scourge of the Underworld 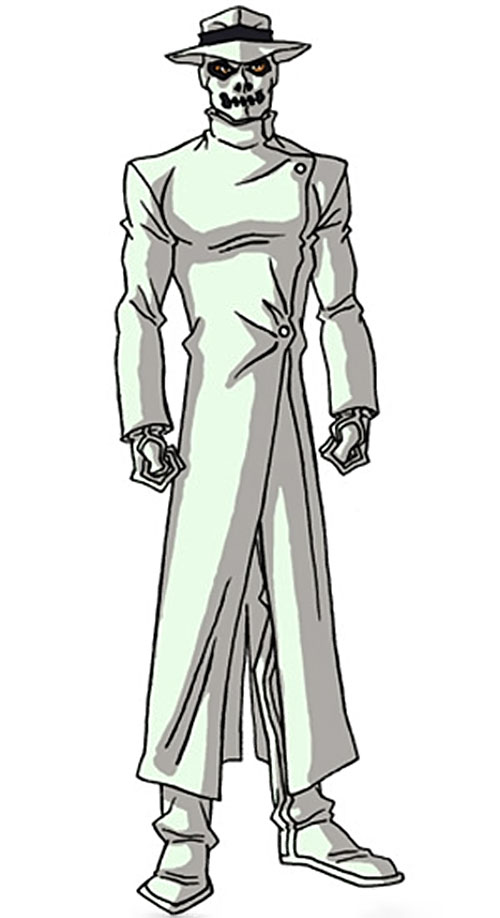 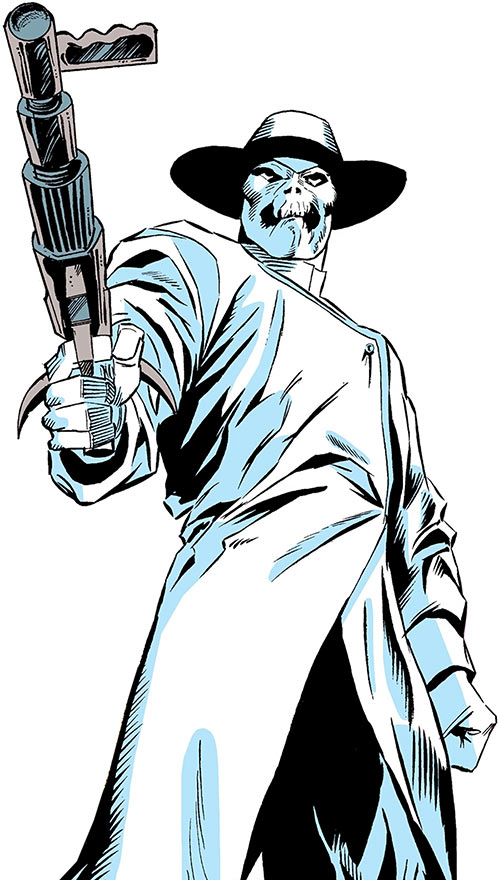