They can also fire high-pressure streams of acid.

Scrags are vastly mutated humanoids. What used to be arms are now horned stumps and their legs converge into a tail. Their skin is translucent white and rubbery like a slug’s. Their heads merge directly into their shoulders with no visible neck.

Their yellowed red-pupiled eyes burn with rage and horror at the cruel fate that they have suffered. Scrags cannot move on the ground and instead float through the air with a terrible languid grace. 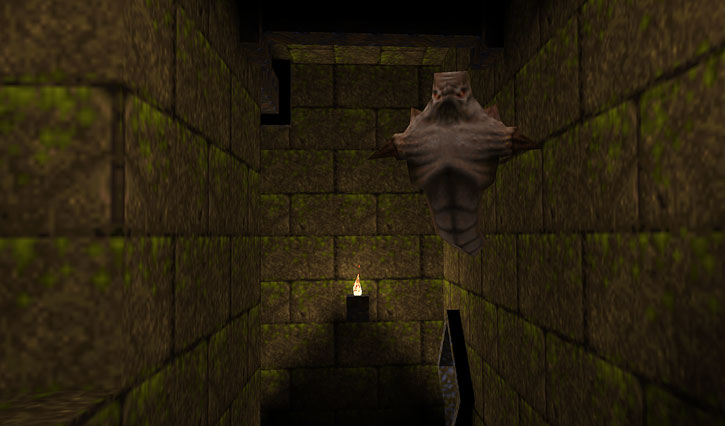 Drawbacks:
Catastrophic Rage (if hit by an attack that does not come from another creature of the same type as itself, this monster will always attack the offending creature even if it is an ally), Strange Appearance, SPR (No Limbs). 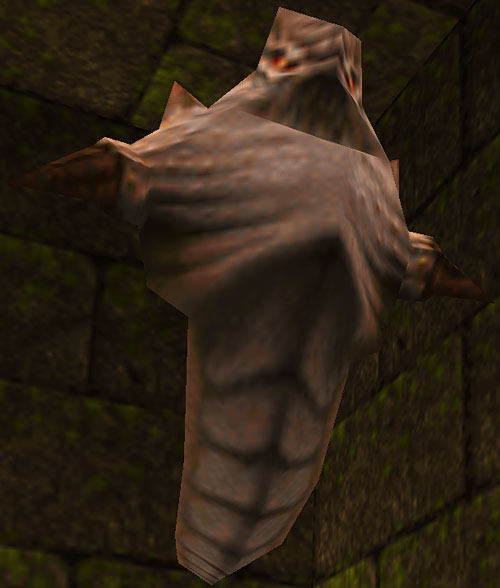 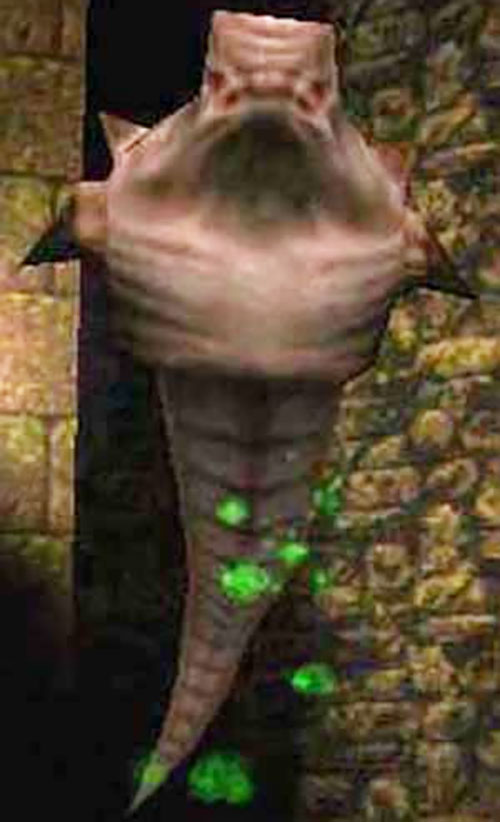