Screener can psionically mask her presence. It doesn’t work if she is directly observed, but it is otherwise difficult to notice that she is nearby.

She can observe people’s genetic structure by looking at them for a while. For instance she can determine whether they are a mutant, and perhaps what kind.

Screener briefly broke into Avengers’ Mansion. Her mission was to analyse the genetic makeup of Luna, the daughter of Quicksilver and Crystal.

To her disappointment, she confirmed that Luna (whom she hoped would be a mutant, being the granddaughter of Magneto) was but human. Screener was then surprised by the arrival of Lockjaw and Marissa. She made them both forget that she had been here, and was teleported away by her master Fabian Cortez.

Officially, Screener and Scanner are the same person : Sarah Ryall.

Factually, it doesn’t make much sense. Both are blonde Acolytes of Magneto, but the similarities end there.

In Uncanny X-Men #300 and Quicksilver (1997) #1 Scanner does use powers loosely similar to Screener’s. But otherwise it’s always about quasi-astral projection.

We eventually went with two profiles. Besides, tabletop RPG gamemasters would have a different use for somebody with Screener’s power set.

One possible No-Prize Hypothesis  is that Screener is (or was) Scanner’s sister.

Screener seemed to be quite young.

Screener talked tough about purging flatscans from the genetic pool and that sort of thing. Yet one notes that she didn’t just produce a gun and blow Luna’s head off to keep Magneto’s descendants “pure”. This may indicate that she has no stomach for violence despite her genocidal rhetoric.

“I have the genetic and biological data on the Maximoff child. She is all too clearly human. A cleansing is definitely required.”

Bonuses and Limitations:
Thief (Stealth) is a Powered Skill and Contingent Upon her Obscure Power. 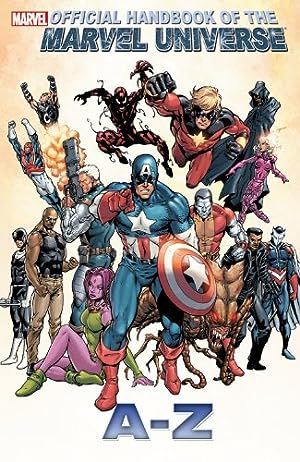