Scripture understands all human language with perfect clarity. He can see through lies and intuitively sense a person’t true nature.

By concentrating, Scripture can extend his translation power to animals. He clearly understands the sentiment and emotional content behind animal speech.

Taken further, Scripture can command all animals and people within earshot to do his bidding. Scripture also claims that during moments of extreme concentration, he can hear the voices of life itself ; essentially the voice of God.

So fine is his understanding of communication that he can reach out and affect the signals in other brains, affecting autonomic responses. He has used this “Babel Syndrome” to make people speak in tongues, to strike them blind, or even to stop their hearts.

These are the abilities Scripture allows others to see. His absolute control of light and air is such that his enemies have been known to spontaneously fall to ashes, even at a distance of several miles.

Scripture’s role as Mal’s mouthpiece earned him an early following dubbed the Cult of Mal, but it was not until Mal’s most recent Chrysalis that he took an active hand in the working’s of the Teragen.

Scripture espouses a wholly religious focus for Terats, calling novas the newest avatars of God – angels with souls. This unbending stance has caused no end of friction with the Mathematician, a battle that distracts both from the true threat growing within the Teragen.

Still, Scripture bears no malice towards any Terat. He understands all differing points of view, even though he follows his own path and often mediates inner-group conflices.

The truth behind Scripture’s lifelong relationship with Divis Mal is a mystery.

Some say Scripture knew Mal before his eruption. Others say Scripture is simply playing Apostle John to his lover Mal’s Jesus. Jeremiah claims he follows Mal because he speaks with unparalleled clarity and truth. Others wonder whether Scripture is not setting Mal up to be something greater than he actually is.

A tall handsome bald man with a glowing light that surrounds him at almost all times.

“I speak for Mal when I say that great things await you. It will all become clear in the fullness of time. Monstrosity for monstrosity’s sake is worth nothing, Marcel, and you do the Teragen a grievous disservice to promulgate such heresy… Am I understood ?”

See Divis Mal writeup for ideas. Scripture might serve as Mal’s right hand in a Legion of Super Heroes encounter. He also makes a strong replacement/supporting player in a Brother Blood/Cult of Blood storyline. 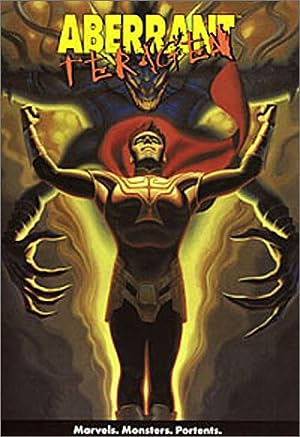 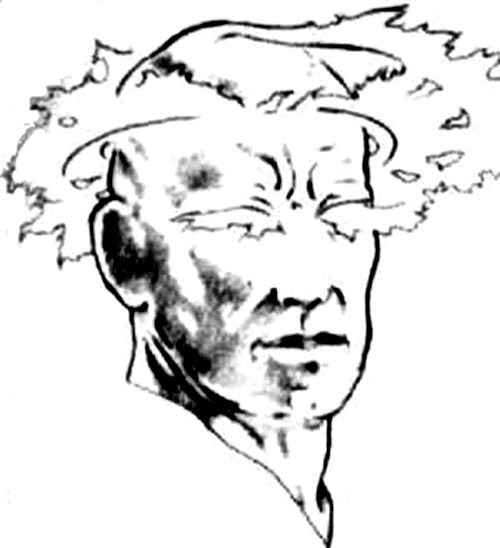