Scythe is a highly-trained soldier, and can move at super-speed.

Her costume includes retractile Wolverine-style claws, which are particularly deadly at super-speed.

Scythe seems to be Serbo-Bosnian. She was an early member of StormWatch, likely in the late 1980s. There, she met and fell in love with a fellow Slav, Winter, and they had a relationship.

When the civil wars started in Yugoslavia in 1991, she left StormWatch to rejoin what ultimately became the Serbian military. During the wars she participated to at least one massacre of Moslem civilians – “ethnic cleansing”. Much like the Serbian Air Force, it would appear she was not deployed against NATO troops.

Years later, StormWatch tracked down a nuclear bomb stolen by fundamentalist movement Heaven’s Fist, which was being transported across Serbia. The Serbian military refused them access, and StormWatch retreated after a brief skirmish with the Serbian Air Force.

However, this was just a diversion to insert Winter in-country. But despite this the StormWatch plan failed as Scythe, who had been brought in, found and arrested Winter.

A combination of love for Winter, war weariness, guilt over her past actions and inaction, and distrust toward her superiors led Scythe to ally with Winter. She even led to her superior, the dreaded colonel Obilich. Scythe and Winter managed to take out one of the nuclear devices, then trek to a StormWatch base over the frontier where Winter could receive medical attention.

During the trek, Scythe slaughtered a group of Croat soldiers who were taking over a formerly Serbian village.

At this point it seemed like Scythe would rejoin StormWatch and leave Serbia behind. But she simply vanished as the book changed writers yet again. First, for the incomprehensible Fire from Heaven cross-over. Then, for the beginning of Ellis’ remarkable run on the title.

We can hypothesise that she was involved with the work of the International Criminal Tribunal for the Former Yugoslavia at La Hague, as a major witness, during all those years. Perhaps she also worked as a field agent for the UN institutions there, in a part of the UN that has little to do with StormWatch.

Scythe comes across as a cold, obedient soldier. But she’s actually bitter and distraught over everything that happened during the 1990s. She deals with her guilt by pretending to be unemotional, but her real personality seems much more expressive, romantic and talkative.

Although she’s bitter over what she aided and abetted, she resents what the other factions (such as the Croat armed forces) did even more. Thus, she will kill on sight any foreign armed party threatening civilians.

“There is no need for concern, colonel. I am a soldier, and I follow my orders.”

“I watched and did nothing as hundreds were led to the field and shot. That’s the real me, Winter. I am a killer. Nothing more.”

“I should have turned you in. I had a duty to my country — a sacred trust — and I’ve betrayed it by helping you escape. And now, here we are — nowhere !”

Scythe was a member of the Global Guardian back in the 80s. Perhaps having an affair with Jack O’Lantern (the other Guardian with a difficult past).

Scythe, as a Yugoslavian pre-war hero, probably worked with the Soviet Super-Soldiers before their desertion. She started a relationship with Vanguard. They probably lost contact before his apparent death. 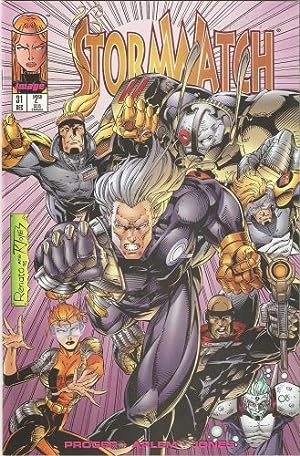 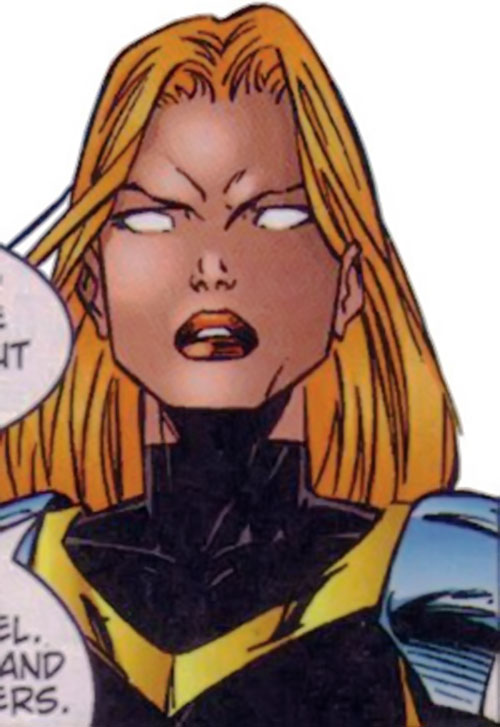