Medium weight power armour intended for coordinated, close quarters base defence. The strength seems to be in the 2-or-3 tons range, it ignores small arms, and various weapons and tools can be mounted on.

You can see the Game Stats section for a bit more about the weapons that were seen.

Secbots are lighter versions of the Stark-designed Mandroid suits, intended to stiffen base defence against superhuman attackers. They have been seen at the Strategic Air Command base at Cheyenne Mountain. The SAC is an underground base where conventional heavy firepower would be hard to deploy.

The X-Men clashed with the Cheyenne Mountain security due to scheme by two Hellions, Empath and Roulette. While this incident was started by two trouble-seeking, vicious teenagers with too much power on their hands, it had very serious consequences. It created a major shift between the X-Men and the military at a time when the anti-mutant hysteria was at a low ebb.

Aggressive shock soldiers who feel quite confident due to the heavy metal they are riding.

Those guys, despite some very poor grammar, were not dumb. For instance they openly wondered why the Hell they were fighting the same X-Men who had helped the Cheyenne base some time before during the Nefaria attack.

In fact, those doubts led them to favour non-lethal force despite their orders to shoot to kill. This is why they used catchwebs and wrestling, rather than the lethal weaponry those units likely also carry.

“Sound a secbot alert ! Command sanctions the use of terminal force !”

“Surprise, suckers ! Ain’t nothin’ can hide – or escape – from the secbots !”

Note the very good Hero Points for mooks. They were actually quite effective, though even a big dogpile of them was hopelessly outmatched by Colossus.

They tend to use their HPs for one big attacks, like the guy who caught Nightcrawler in his catchwebs did. He maxed his EV and boosted his AV with what was left, then ran away with his prisoner since he was out of HPs anyway. 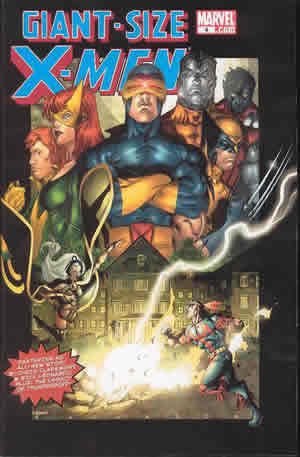 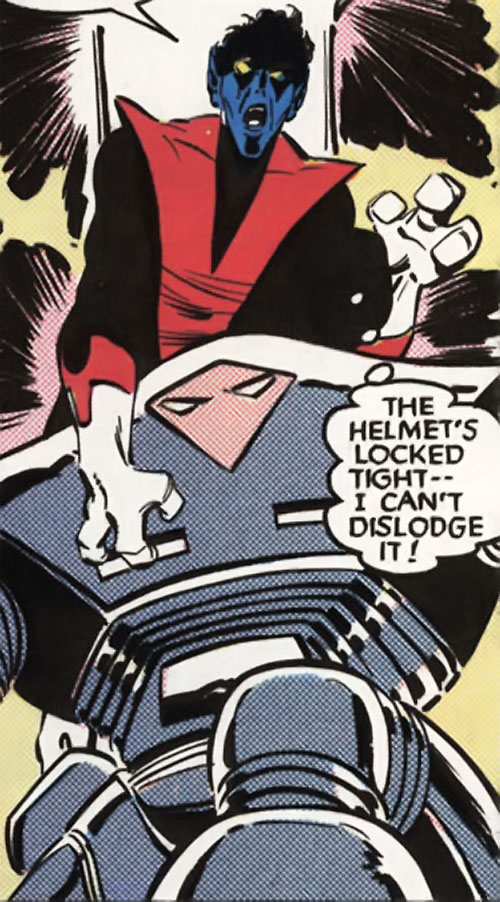 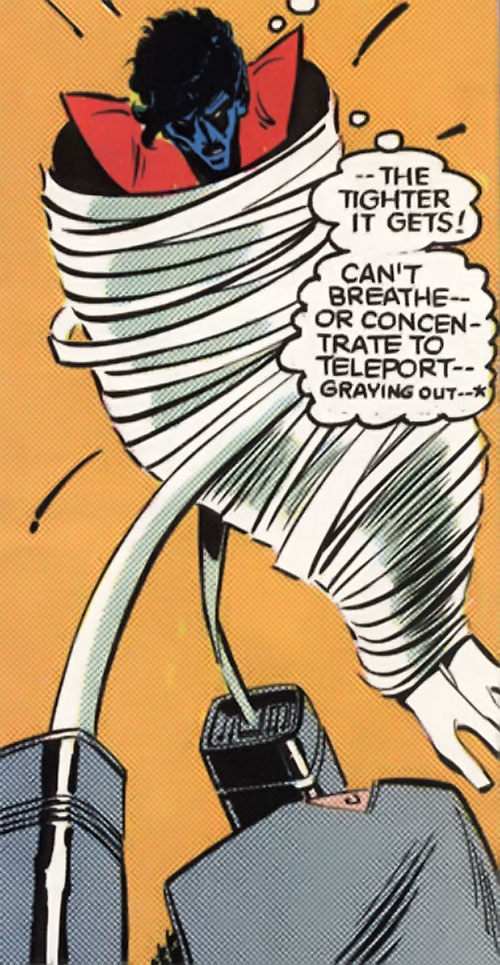