We have some old notes about him since he’s convenient. But they ain’t been updated since, at a glance, the year 2000.

Senyaka can psionically  generates a whip. Though at first, it seemed that he just carried a steel cable.

He’s able to channel life-draining, crackling orange energies through it. Those energies can either rapidly drain and disperse his victim’s life force (in DC Heroes RPG terms, Energy blast). Or absorb it more slowly and use it to replenish his own life energies (Vampirism).

In fact, he will not hesitate to drain civilians in order to heal himself if he’s injured.

Senyaka is one of those numerous one-trick mutant terrorist from the Acolytes. Who are the Acolytes, you might ask ? Well, the original Acolytes of Magneto were a small group of mutants who worshipped Magneto. They stole a space shuttle in order to find Asteroid M and pledge loyalty to the mutant master of magnetism, who was then retired.

As mutant supremacists, their hope was to reawaken the fires of mutant domination within Magneto. Their leader, a shady individual named Fabian Cortez, was also hoping to manipulate Magneto and the army of mutants he envisioned flocking under their banner – to his own ends.

Magneto, after an initial refusal, accepted the Acolytes as his followers. He then staged an attack against the mutant labour-exploiting island nation of Genosha. A full war involving Genosha’s and Magneto’s forces, but also the X-Men and the Avengers, ensued, and Asteroid M was destroyed.

The Acolytes who survived these events retreated to Australia. They settled in the outback town that had been a base for the Reavers and then the X-Men, under the leadership of Magneto’s disciple, the powerful mutant called Exodus. The Acolytes awaited for Magneto to rise anew. In the meanwhile, they engaged in various mutant terrorist acts.

The Acolytes later met Joseph, a clone of Magneto who abandoned them to join the X-Men.

As for Senyaka himself, he seemingly joined the Acolytes after the destruction of Asteroid M. During a fight with X-Force, he was impaled by Cable on a spike. But he apparently saved himself by draining the life force of nearby victims, or via innate accelerated healing powers.

Senyaka was back among the Acolytes for a mission at the Our Mother of the Sacred Heart school. During this raid, he critically injured a nurse with his energy coils. An enraged Magneto punished the wayward operative by taking magnetic control of Senyaka’s coils and crushing him to death.

The villain survived yet again, however – by draining the life force of S.H.I.E.L.D. agents who were recovering his body. Seeking revenge against Magneto, he tried to kill Lee Forester (a former love of Magneto), but failed.

He was next seen when he joined with other former Acolytes who were aiding the Carrion Cove rebellion against Magneto’s rule of Genosha.

He wears a sort of red turban, like a desert nomad’s, and his face has thus never been seen. The turban gives him an ominous, threatening look (and a vague ninja look, too).

Little is known about Senyaka other that he’s a ruthless, brutal killer with a Serious Rage.

Senyaka is a minor thug and could be used as you wish it, presumably as a member of an evil organisation. A possibility would be to make the Acolytes a special group of operatives for Kobra. Senyaka’s looks would allow him to blend right in.

If you use only Senyaka and not the full group, he could also be a member of the League of Assassins (the one headed by the Sensei). 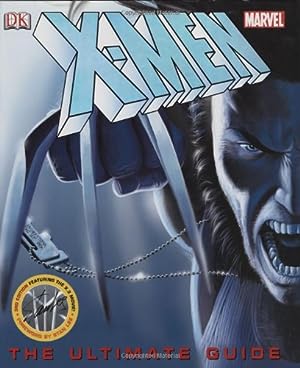