Serpentor’s first battle was an evenly matched one on one against Sergeant Slaughter, and he has since thrown people around routinely.

He presumably has all the skills of his DNA sources, but not the patience to use them.

When Cobra Commander began becoming too arrogant even for Cobra, Dr. Mindbender began having a “strange recurring dream” that suggested the creation of a composite clone using historical DNA from all over the Earth.

Cobra followed this plan, but Sergeant Slaughter not only prevented their use of Sun Tsu’s DNA, but also his own.

The Crimson Twins predicted correctly that “Without Sun Tsu’s DNA, our new leader will be an even bigger dweeb than Cobra Commander”. This showed heavily during his reign. Which consisted mostly of his keeping the Commander aware of his loss of command, much like Rebecca Howe did to Sam Malone that same year.

After surviving the destruction of Cobra-La, Serpentor was merged by the Cobra Commander with an iguana. Serpentor was never seen since, unless you count the direct-to-video animated movie where he allied with Pythona.

Serpentor is a tall, muscular man in his apparent mid-20s and wears a uniform of gold snakeskin with a green cape, leaving only his face and fingers exposed.

Serpentor’s ego is roughly the size of Unicron, and would probably try to attack him if he had the chance. He seems to be in a state of permanent anger, and always follows his statements with “THIS… I COMMAND!”

Cobra Commander: “You’ve got them eating out of you hand. Of course you and I know your primary function will be as a figurehead, a sterling symbol of the power and unanimity of Cobra. You’ll give them someone to look up to while I make all the important decisions.”
Serpentor: “Then start by deciding where you want to be BURIED !” (smacks Commander across the lab.)
Cobra Commander: “Don’t be so aggressive. I’m still open to negotiation.”
Serpentor: “THERE CAN BE NO NEGOTIATION, YOU INSOLENT MICROBE ! I AM NOT SYMBOLIC ! I AM YOUR EMPEROR AND MASTER !” 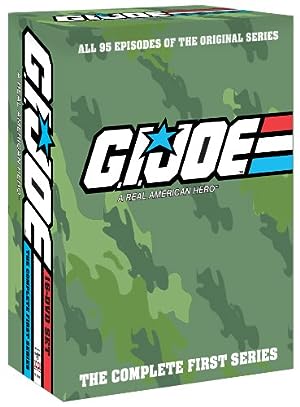