Shade is a minor Spider-Man enemy. He appeared in a 2002 storyline, during the JMS run. 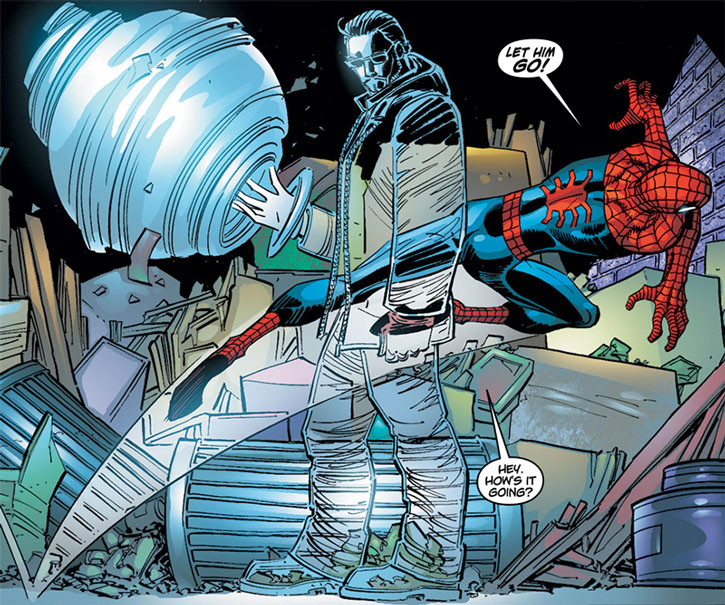 As a result, he can be impossible to affect physically if he doesn’t want to be. Shade becomes immaterial and/or invisible, at will. And he can switch quickly between solid and immaterial in a fight.

He can travel at will between Earth and the Astral Plane. He can transport his victims there either by dragging them, or by forming a kind of whirlwind out of his arm which sucks them in. On the Astral Plane Shade is notably more physically powerful than on Earth.

Jake was a minor criminal. He learned of his cellmate, Richard Cranston’s, intentions to perform a ritual which would give him the power to escape prison. Jake interrupted the ceremony, knocking Cranston out. He then stepped into the pentagram to gain the powers.

Cranston recovered consciousness before the ceremony was complete, and defaced the pentagram, causing the process to be incomplete, stranding Jake on the Astral Plane.

Making a deal with entities on the Astral Plane, Jake gained the promise of a day of solidity in the material world for each soul he brought across to the Astral Plane. Offering his powers as enforcer to some low level drug pushers, he got them to abduct those who wouldn’t be missed in exchange for his services. 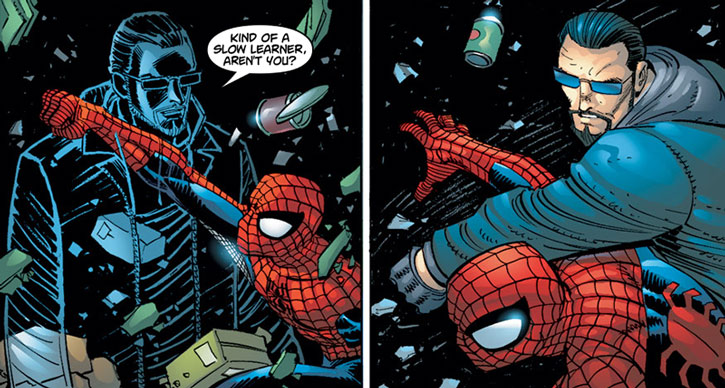 Shade transported them to the Astral Plane, where he gathered them in some kind of giant container.

The missing people turned out not to go unnoticed, drawing Spider-Man (Peter Parker)’s attention. But when he confronted Jake, now calling himself Shade, Spider-Man was unable to stop him.

However, with Dr. Strange’s help, Spider-Man ambushed Shade on the Astral Plane. There he managed to subdue him, free the prisoners and leave Jake trapped in their place.

Smart and ruthless. Shade also is an opportunist who cares little for others apart from what they can get for him.

He’s confident that little can hurt him, and has little hesitance about using violence to get what he wants.

Frustrated by being unable to retain solidity when he wants, he’s fixated on gathering enough victims to enable him to return to his old life.

[Spider-Man’s fist passes through him] “Sorry. You can’t connect with what isn’t solid. And I’m not solid unless I want to be. Like now.” [Punches Spider-Man]

Spider-Man: “What’re you doing to these guys ?”
Shade: “Taking ’em someplace… else. Kind of a tit-for-tat thing. Not that you’d understand.”
Spider-Man: “Why ? Why do it ?”
Shade: “Why ? Same reason I’m standing here having a little chin-wag with a moron like you. For the kicks, man. It’s just for the kicks.” 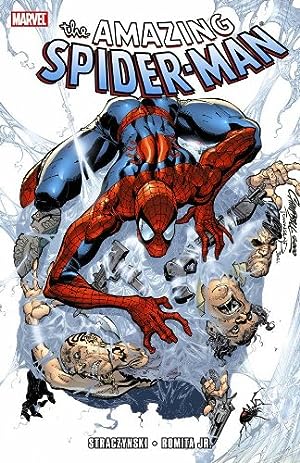 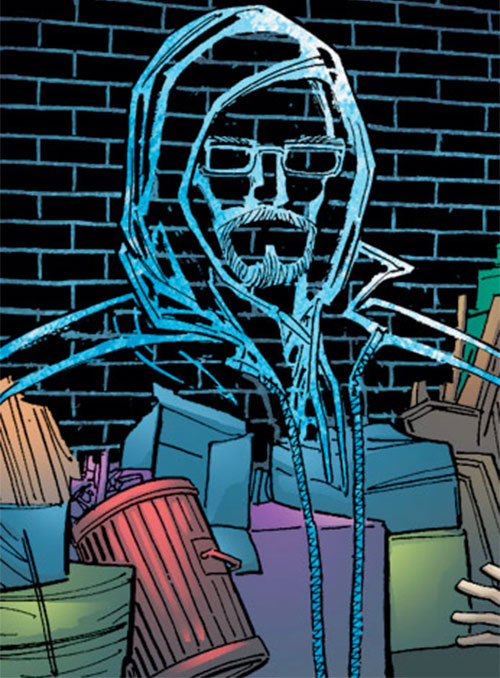 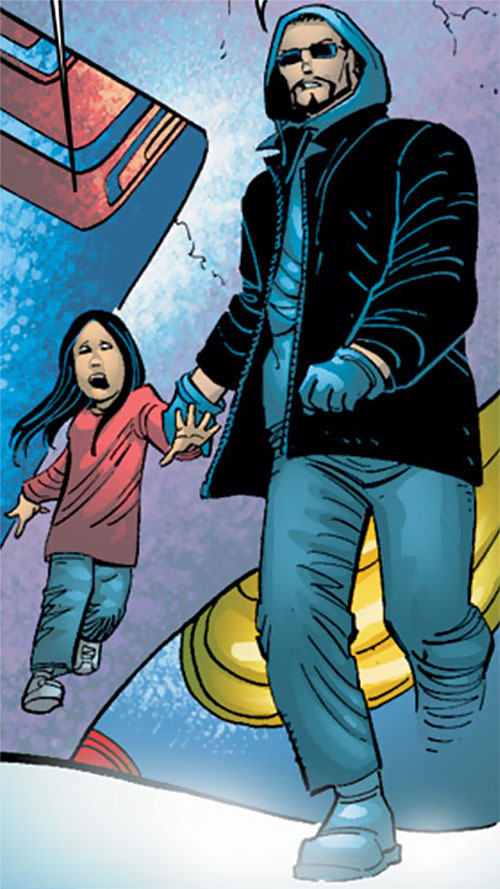