The “shadow lion” is from 1991 video game Another World (a.k.a. Out of this world in North America). For more context, we suggest that you first read our main entry about the game – the character profile for Lester Chaykin, the protagonist.

The names Heebie, shadow lion, and “Buddy” were created by fans — no names for those characters were given in the games.

Shadow lions are fierce predatory animals with the sharp claws and fangs and the excellent senses typical of carnivorous hunters. They are quite at home in the stone formations of their desert, leaping and climbing adroitly among the pillars and outcroppings.

The burly shadow lions are incredibly strong and durable — even the physically powerful Heebies living on the same planet have extreme difficulty subduing shadow lions without using weaponry.

A shadow lion was encountered by Lester Chaykin, who was stalked and then briefly pursued by one upon his unexpected exile to an alien world.

Several shadow lions were kept in the Heebie prison in which Lester was incarcerated; they were used in the arena much as lions were used in Earth’s Roman Coliseum. He used this to his advantage by releasing a horde of them from their cages to distract the guards during his escape.

Shadow lions have a large feline build much like their Earth namesakes. But their chests are even more thickly muscled, like a bison’s.

Shadow lions have dimly glowing red eyes and move with swift, lethal grace though they can be momentarily tripped up by a heroic character’s unexpected acrobatics.

Shadow lions stalk the desert mountains that they call home, using their sharp vision to spot distant prey. When they see a possible source of food, they will stalk it until the victim enters a proper spot for an ambush.

A shadow lion can make an appearance as a wild animal on a strange new world, or it could be a character’s alien pet. It could also be found on Earth as a genetically engineered servitor created by someone with access to advanced technology. 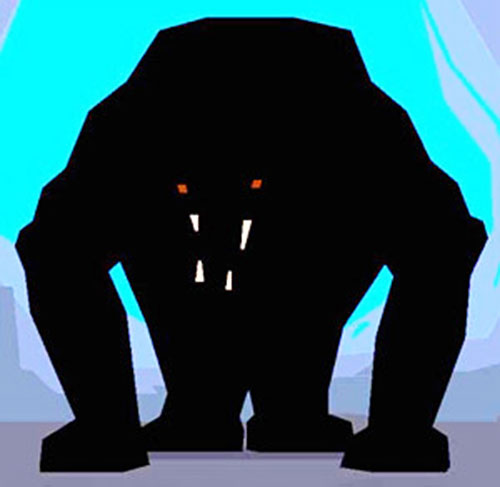 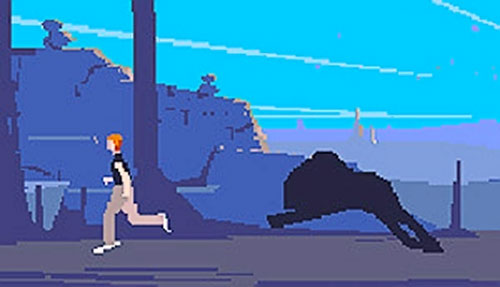 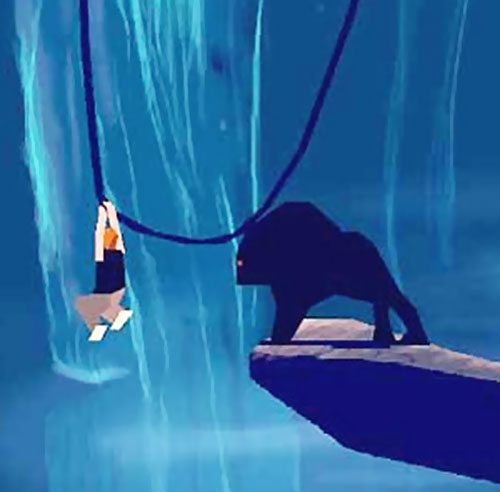