ShadowHawk is a vicious, ruthless hand to hand fighter, and a passable weapons man, as well. He is quite skilled with his large shuriken, even able to make it return to him when thrown.

He can take down a dozen of armed punks and thugs, and has little problem at all disarming and incapacitating a few police officers. He moves like greased lightning, and easily conceals himself in the shadows.

Who was ShadowHawk ? Was it Lieutenant Louis Jacks, Officer Rieves or Captain Frakes? Could it have been weapons collector Carlton Sum or his friend Christina Ried, a former police officer whose excessive use of force prompted her dismissal from the force?

And what about former district attorney Paul Johnstone? Or perhaps even his brother Hojo, a Wall Street wizard turned street hustler /cocaine freak in pursuit of his next fix ?

But in the mystery surrounding ShadowHawk’s identity emerged front and centre to many readers, Out Of The Shadows contained a plethora of important underlying themes as well as the foundation of what was yet to come for this nocturnal avenger with a bizarre sense of justice.

With this journey into the mind of a character whose mental stability was at best questionable, the first chapter of The ShadowHawk Saga examined the entire institution of heroism and the fine line between hero and villain. What constitutes heroism ? What makes a hero ? What is too much ? And perhaps more importantly, what action takes it too far ?

Along the way an interesting collection of villains and supporting characters made their way into ShadowHawk’s corner of the Image Universe. They either provided fierce opposition or added fuel to the fires of speculation as to who ShadowHawk really was.

The lovely Maxima Boldd, a.k.a Vendetta, figured prominently in the premiere issue as a dangerous force to be reckoned with. Her desire for unchallenged power produced the prime goal of enlisting services of ShadowHawk to put the finishing touch on a crime force known as The Regulators.

The LS began with ShadowHawk crippling three street punks, one of whom was Tajana Juarez’s brother. It was revealed by the police investigating the crime scene that ShadowHawk had been at this for some time. There also was a Police Task Force investigating the “spine-breaker” as he was called, headed by Lieutenant Jacks.

ShadowHawk also took on Arson, one of Maxima Boldd’s henchmen, and stopped a gruesome monster called the Liquifier. The latter had also killed Hojo, the street hustler.

The series progressed with more and more violence on ShadowHawk’s part. Finally Captain Rieves called in the Savage Dragon. The Dragon caught up with ShadowHawk and beat him badly, though he was rescued by Blackjack of the Regulators on orders from Maxima Boldd. Boldd offered ’Hawk a choice: join her band, the Regulators, or she’d turn him over to the cops.

Suffering from massive injuries, ShadowHawk seemed to have little alternative but to accept Boldd’s invitation. But he took a third choice : he leaped from the top of her penthouse apartment, seemingly to his death. However, the final page of the LS showed him in silhouette, ruminating over his helmet and the meaning of heroism.

It was revealed in the second LS that ShadowHawk was Paul Johnstone, ex-assistant DA. This made the scenes in the first LS, where Paul Johnstone’s brother Hojo was killed, and Paul decided to return to work for the DA’s office to “Make a difference”, much more emotional.

In the third LS, it was shown that Paul Johnson has HIV. Attacked one night while working late at his office, he had been injected with a syringe that contained the deadly virus. He had nothing to live for after that. He was discriminated against not because of who he was, but because of what he had.

With the help of Christina, a former New York City cop, and her friend Carlton, an expert on weapons, they had developed the ShadowHawk armour and weapons.

As always, the underlying themes of these books lend an interest and an angle on this seemingly very derivative character that far outweigh even the main plot.

Big as a house. Moves like lightning. Burning red eyes.

ShadowHawk is a man with nothing to live for except justice. Even more so than Batman, he lives and breathes and eats (when he should be in massive treatment) to see the criminal element put away. Permanently. Not like the Punisher does, by wanton killing. ShadowHawk catches them in the act and imprisons them in their own crippled bodies.

“ I’m not a criminal… I catch them in the *act*. I give them the same rights they gave their victims… None !”

Seeing as ShadowHawk began as Valentino’s attempt to make a viable Marvel alternative to Batman, by stripping the concept down to the absolute necessities of what makes Batman “work”. It seems all too obvious to insert ShadowHawk into the Batman Universe as a vigilante who goes too far.

This, unfortunately, has been done before, with the Reaper and with Azrael.

Therefore, I’d give this interesting matchup a second twist, and introduce him in the Robin solo series, as a vigilante that the junior partner must deal with, and use the underlying “What makes a hero” theme to make Robin question his own motives.

Drawbacks:
Dark Secret [ShadowHawk is the semi-legendary Spinebreaker, and as such is subject to arrest, imprisonment, and lawsuit, if his secret is ever revealed to the authorities ], CIA (Seeking Justice), Mistrust, REAL Secret ID.

The tête-à-tête we had regarding Dark Secrets and HIV/AIDS has pretty much convinced me that by any definition, a DS is not applicable here, but at the same time it is really not clear what, if any, Drawback is constituted by having a hero become HIV infected without yet having AIDS.

I have chosen therefore to consider it a subplot, and note it under History and Personality sections, since with this version of the character it is not yet a problem. AFAIK, ShadowHawk I did not die of AIDS, anyway…

Also, I seem to recall a GURPS drawback called “terminal” where you could have a shortened lifespan… It was worth no points whatsoever if your life expectancy was more than 2 years… I think the point should be well taken.&empsHeroing is dangerous, and no one can say whether they’ll be around that long.

As I have no access to the 2nd and 3rd LS’s, this writeup only covers ShadowHawk’s abilities as revealed in the First LS. Info about happenings and revelations in the other two LS’s are included for clarity.

Helper(s): Sébastien Andrivet and Hartley Holmberg, for the Savage Dragon writeup to make comparisons with), REZCat (for his version), Jackson, William A. Peterson & John Colagioia (for their well-reasoned give and take re: HIV and AIDS). 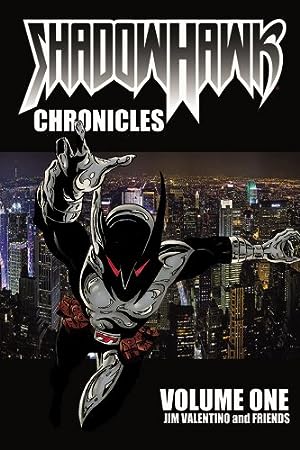 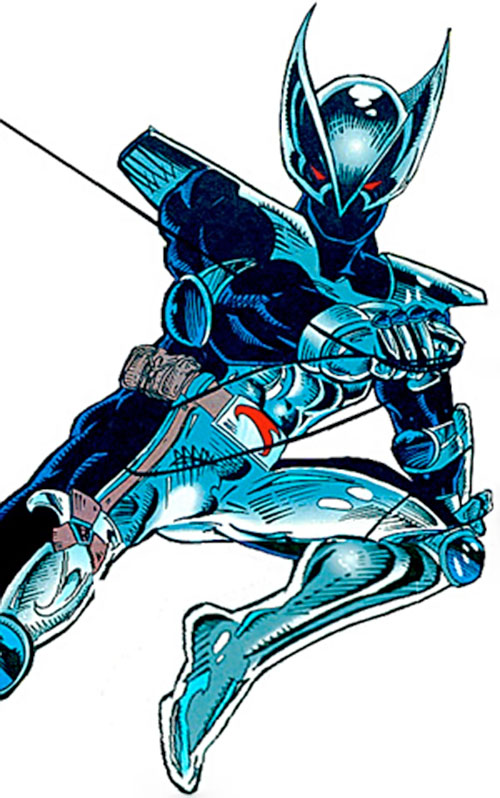 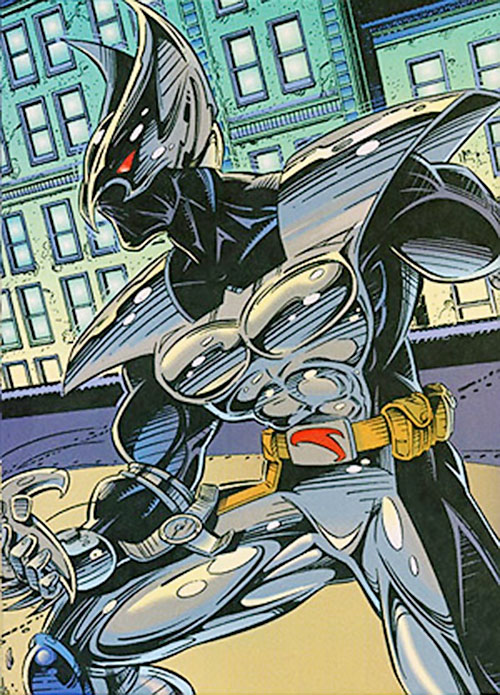 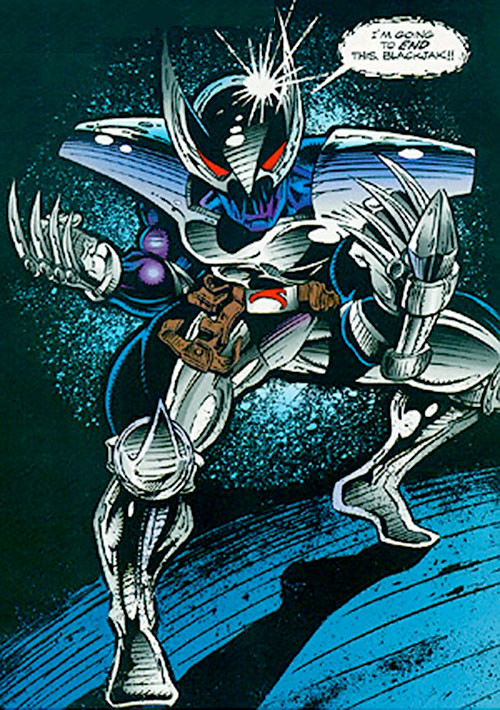 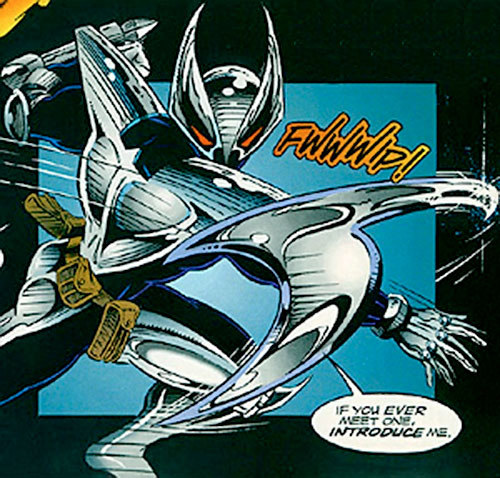 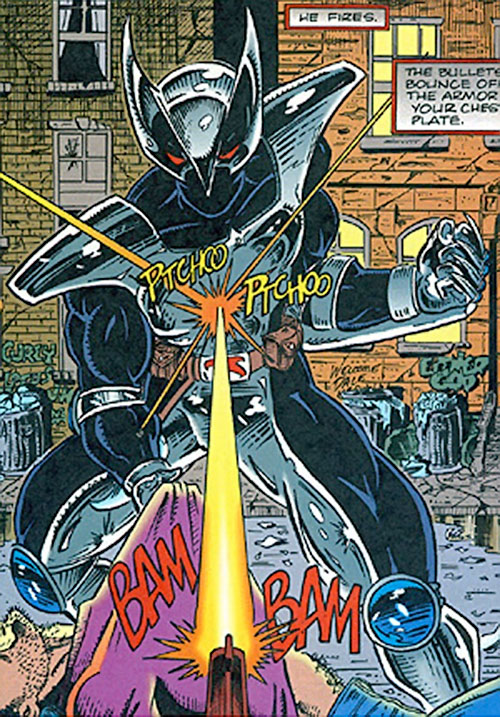