Shaft is a 1971 action thriller. It is a classic and well-reviewed one, and is chiefly remembered for its seminal role in the blaxploitation genre  (.pdf d/l). That makes John Shaft (played by Richard Roundtree) an early example of a strong African-American movie hero, which was almost never seen back then.

The movie was successful enough to span both a genre and sequels. The original sequels are included in this character profile.

The theme song by Isaac Hayes  was also a landmark, and is referenced several times in this profile.

Shaft’s one cool cat who knows a lot of brothers. He can find out whatever he needs to know by rappin’ with the right people.

Shaft is also one bad mutha, having picked up a fair collection of combat skills during his time in ’Nam.

John Shaft, like many young men in his generation, did a tour in Việt Nam after graduating from high school. He took well to soldiering and learned an impressive array of skills. He was also seriously injured on a couple of occasions.

When he got back to Harlem, he put his skills and connections to use in the urban jungle. Shaft became famous as the toughest private eye on the streets. On two occasions, he stepped in and stopped gang wars from breaking out between the Mafia and Harlem’s gangsters, working with Lt. Androzzi and gangster Bumpy Johnson.

As his exploits became larger and larger, so did his income. Thus, he went from teetering on the edge of solvency (though always with more than enough cash for hip threads, fine liquor, and the ladies) to upper middle-class status.

During this time, he was recruited by a French intelligence organization to infiltrate a slave-smuggling ring running through Addis Ababa . There was a leak in the group, though, which inadvertently made things easier for Shaft. By the time he’d reached France, he’d killed so many of the slavers sent to assassinate him that there was only a handful left to take down.

As time went on, Shaft’s agency grew to the point that he hired on additional detectives. Today his company serves most of the New York Area. He recently recruited his nephew, freshly retired from the NYPD, and the combination of hardened experience and youthful vigor will make the two of them a fearsome team.

Shaft is a tall, well-built handsome Black man with a large mustache, a thick head of hair, and a taste for stylish clothes, usually in darker colors. He had hip sideburns in his earlier days, but has a bit more conservative haircut now.

He radiates charisma, commanding respect from most of the men he meets (the ones that don’t hate him for being uppity, anyway) and drawing the ladies like a magnet. When he’s expecting a fight, he usually throws on black motorcycle leathers.

The remaster of the vintage trailer.

Who’s the black private dick that’s a sex machine to all the chicks ?
SHAFT!
Damn right!
Who is the man that would risk his neck for his brother man?
SHAFT!
Can you dig it?
Who’s the cat that won’t cop out when there’s danger all about?
SHAFT!
Right On!
They say this cat Shaft is a bad mother…
SHUT YOUR MOUTH!
I’m only talkin’ ’bout Shaft.
THEN WE CAN DIG IT!
He’s a complicated man but no one understands him like his woman.
JOHN SHAFT!
Who delivers, ten times out of ten?
He might have to take you down, but he’ll never let you down.

“Don’t jive me, man, what kind of fuckin’ job are you talkin’ about ?”

“Don’t let your mouth get your ass in trouble.”

Shaft might make a good street connection, particularly in areas of town where some PCs might stick out like sore thumbs. Though Shaft lives in New York City, he could easily be imported to Gotham City or the Brick City. Just keep in mind that Shaft fits in best in towns that are fairly gritty. Central City might not be so great, for example.

Another possibility (given Shaft’s adaptability and high Mystical Attributes) is to make him a magician à la John Constantine — in the know but down to earth. He could have met with any number of mystics in his travels around Southeast Asia and Africa.

This would require adding Awareness, Magic Sense, Truesight (Shaft can see through any of that bullshit, magic or not), and Occultist*: 08 (maybe 10, depending on how important you want him to be), a Connection to the Mystical Community.

“Magic Shaft” would likely have some Rituals  and maybe even a magically-enhanced weapon or two (“Damn, brother, how come yo bullets got funky scribbles all over ’em?” “’Cause blue-eyed devils ain’t the only demons in this town.”).

Shaft (by Shaft in Africa)

Drawbacks:
Are you jivin’ me?

Shaft doesn’t need the Charisma skill under normal rules. But in campaigns applying the Unskilled modifier to character interactions as a house rule, add Charisma*: 08 to Shaft’s Skills.

By the time of the latest movie, Shaft has the Age Disadvantage, Wealth: 007 (due to his detective agency having grown significantly), and his Omni-Connection extends throughout the state of New York. 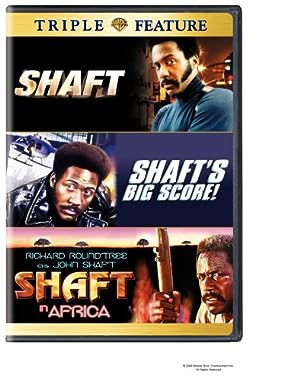 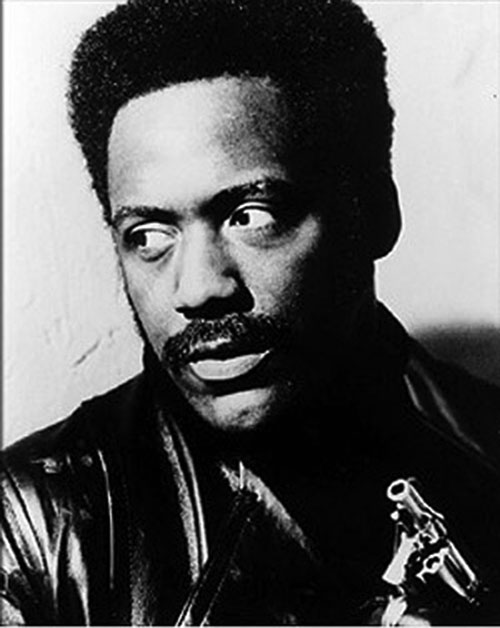 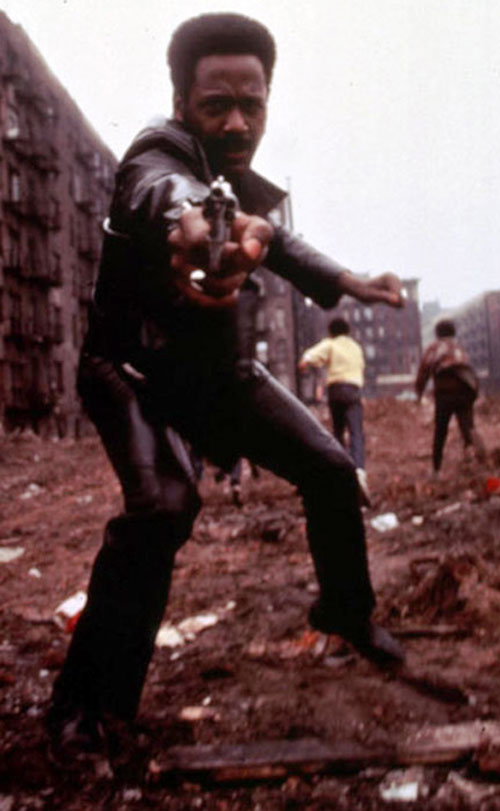 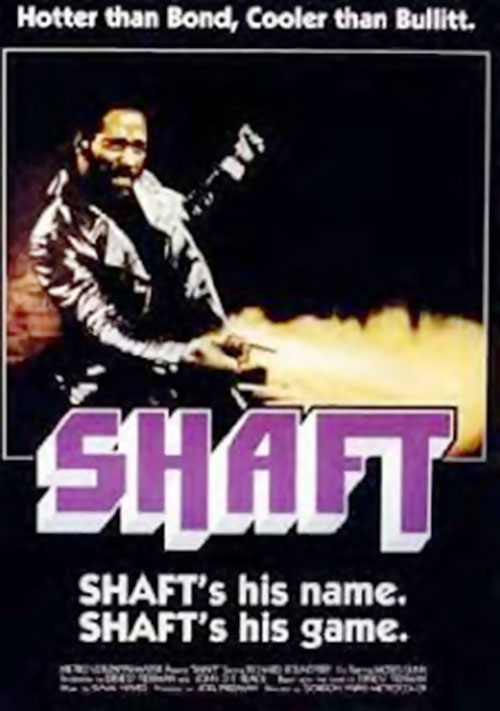 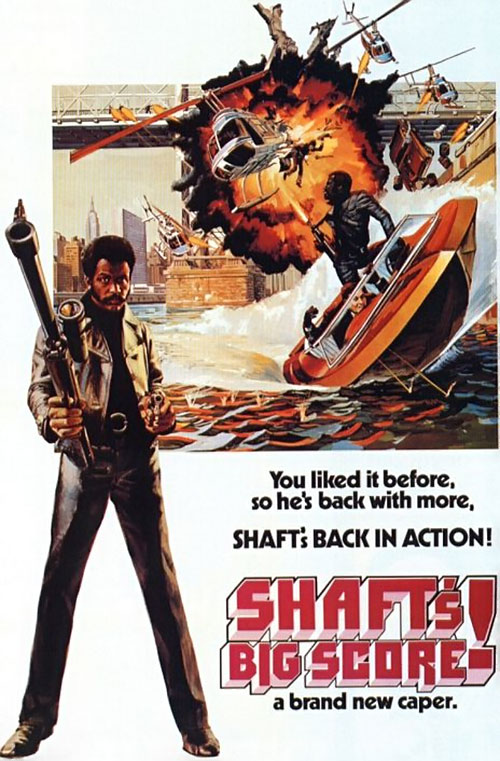 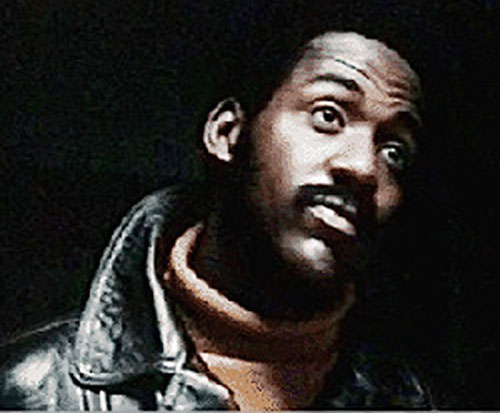