Though Shakedown isn’t terribly fast, he’s a solid hand-to-hand fighter. But not as competent as Geo-Force.

His power is controlling the force of an earthquake. At first, he could only vibrate items he was touching. But by his second appearance he could project his destructive vibrations through the air.

I feel a mad connection with your body

Shakedown’s weight was initially listed at 280lbs. But he was weighing 700 lbs at the time of his death. This was presumably his power evolving.

Furthermore, he seemed way more muscular, stronger and tougher when glimpsed in 1998. He seemed stronger than Jake “Bobo” Benetti, who from my old notes is well into “Class 50”. And his resilience to energy attacks seemed even higher.

See the team entry for the bulk of the history.

Tremors and discrepancies in Opal City

In 1998, Shakedown was briefly seen working solo in Opal City. He was opposed by Starman (Jack Knight), Jake “Bobo” Benetti and the OCPD, including Matthew and Mason O’Dare. But Shakedown thrashed everyone, sending them to the hospital.

Shakedown, Heatstroke and Coldsnap soon had a rematch with Benetti, who easily beat them all.

In 2000, Shakedown was once again held at the Slab super-prison. He didn’t mind being there much. But Warden Dunahy was running illegal, clandestine experiments about the inmates’ powers. These amounted to torture.

Green Lantern (Kyle Rayner) accidentally discovered this. He stopped Dunahy and had him arrested. Appreciating this, Shakedown gave GL information that saved a life.

In 2002, Shakedown worked kidnapping with New-Wave again. However, he forgot to check their target’s finances – despite having New-Wave remind him to do so. The father of the kidnapped child had just gone bankrupt.

New-Wave killed Shakedown in a fit of rage, drowning him.

However, one should never underestimate the wonders of Nekron tampering with the dead. Therefore :

Shakedown has a mild stutter.

Left to himself, he’s not particularly awful. He often feel remorse over the violent and murderous acts he performs as one of the Masters. When events do not go his way, he’s way more likely to be confused than to be angry.

What makes him dangerous is New-Wave riding him hard.

Shakedown seems to have a mild mental handicap. He behaves more like a nerdy, shy 12-year-old with an IQ in the low 90s.

He’s proud of his powers. Shakedown enjoys showing off the new effects he learned to do.

He has a crush on Windfall, but it doesn’t seem to be sexual. It might not even be romantic. He just likes her and wants to give her gifts. Like a little boy would.

Shakedown is fond of small, potted plants. He finds them beautiful and soothing. Perhaps his earth-aspected powers make him see them differently ? If he stays in any place for any significant time, he’ll add such plants.

(Encouraging his leader) “You t-tell him, New-Wave !”

I’m assuming Physical Attributes at about 6/9/9 for Geo-Force during the 1980s.

I tried to inherit Mayfair stats as with New-Wave. But that didn’t work at all. Heck, I almost threw out the Earth Control to just give him Digging…

Shakedown once manages to grab Katana. But I’m pretty sure she was Pressing the Attack in order to try a Critical.

A landslide of design notes

There’s more B&L verbiage than I’d like. But the ability to remotely hold his opponents in place whilst attacking is neither simple nor minor.

That his Glue doesn’t lower OV is indirect observation. If it did it would be a no-brainer for Heatstroke and Coldnap to open fire on Glued opponents. And/or for Shakedown to attempt a Critical with his Vibe Power. But they don’t.

In fact observation suggests that it’s harder for those other than Shakedown to hit Glued opponents. But this thing’s verbose enough already.

We only have three pages of material. But from those I’d say Shakedown was right powerful – DEX 06 STR 14 BOD 12.

He also had Density Increase: 02, Always On and Already Factored In.

His Lightning Immunity had likely broadened to all forms of energy, and was now at 05 APs. It is *possible* that he was already resilient to all energy rather than just lightning before 1998. But it’s unsubstantiated.

He likely had 50 Hero Points by that point.

Some regenerative power while in contact with the ground is a faint possibility. 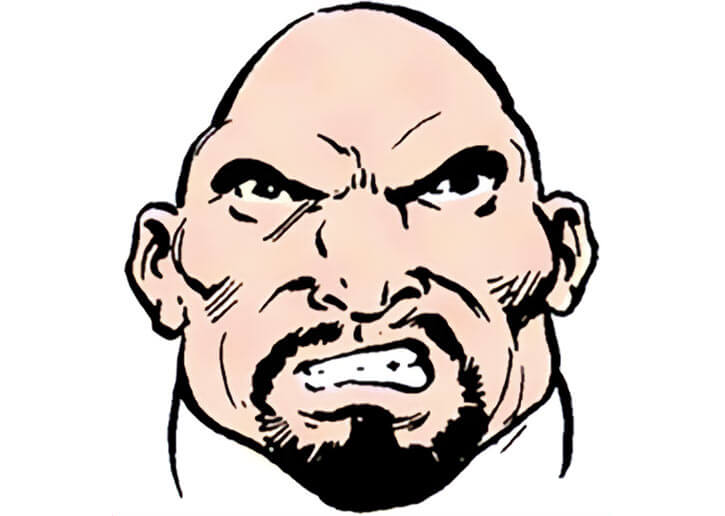 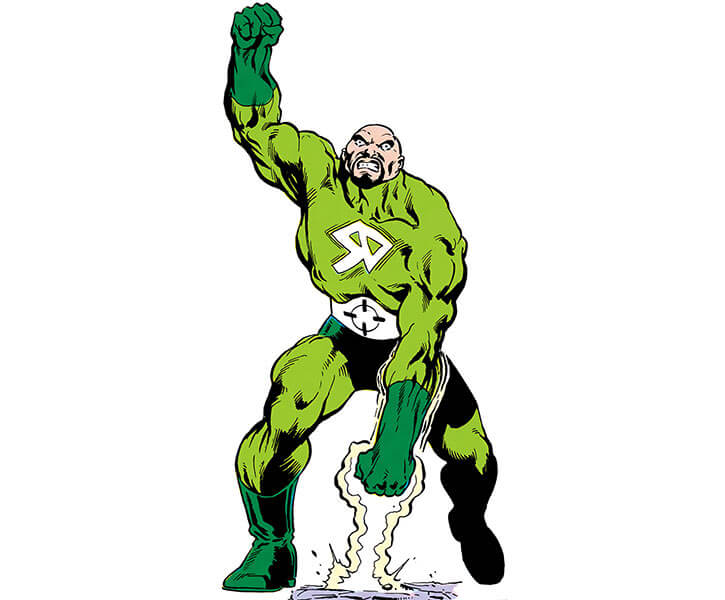 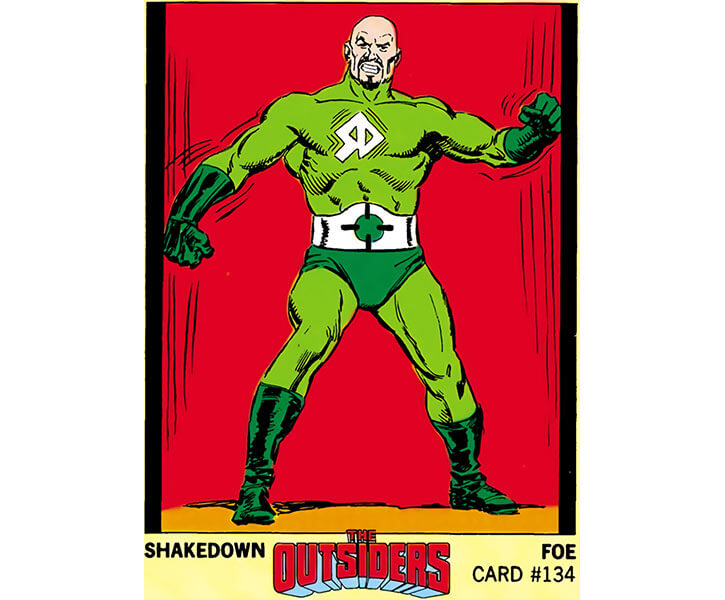