Shatterfist is a master of the barroom brawl. He can actually be pretty dangerous in hand-to-hand combat.

He wears a pair of power gloves, which can punch or grip with tremendous strength. For instance he can total a massive safe in one blow, or inflict telling blows on Thor.

Thor (Eric Masterson) first encountered Shatterfist when Thor villains were pulled from the time stream by Arthur Zarrko. Since Eric didn’t know whom Shatterfist was, he correctly assumed he was from his future. The villains performed poorly as Masterson and the “Thor Corps” met them with superior teamwork, and Zarrko sent them home.

Months later, Shatterfist encountered Thor for the first time – from his perspective. Apparently a professional thug, the man had somehow acquired high-tech power gloves. He was robbing a bank with some fellow small-time criminals. Thor took out his accomplices while the thug was busy punching the vault open and ranting on about how powerful he was.

At that point the unimaginative criminal wanted to call himself “Power Glove”. When he heard Thor addressing him as “Shatterfist” he decided to change his name. Since “Shatterfist” sounded better.

When this encounter took place, Masterson had become haunted by the possibility of his own death. To assuage his fears, he had reasoned that as long as he had not encountered Shatterfist, he couldn’t possibly die. Otherwise, it would be a temporal paradox. Thus, seeing the villain for the first time thus badly shook Masterson, who could barely defend himself.

However, an aged security guard got close to Shatterfist. Pressing his old .38 against the villain’s temple, he forced him to surrender.

In 1999, Shatterfist was among the small army of Masters of Evil assembled by the Crimson Cowl (Justine Hammer). They were taken down by the Thunderbolts.

Standard street thug with an axe to grind. He like smaking up elaborate threats, which invariably rely on telling how totally powerful his power gloves are.

“It’s real obvious my power gloves are destined to win against your stupid hammer !” 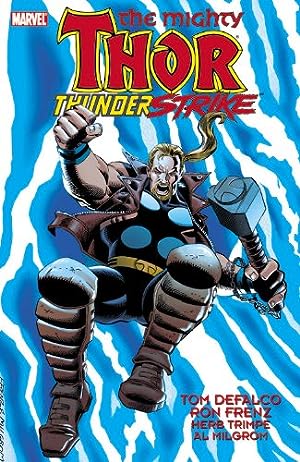 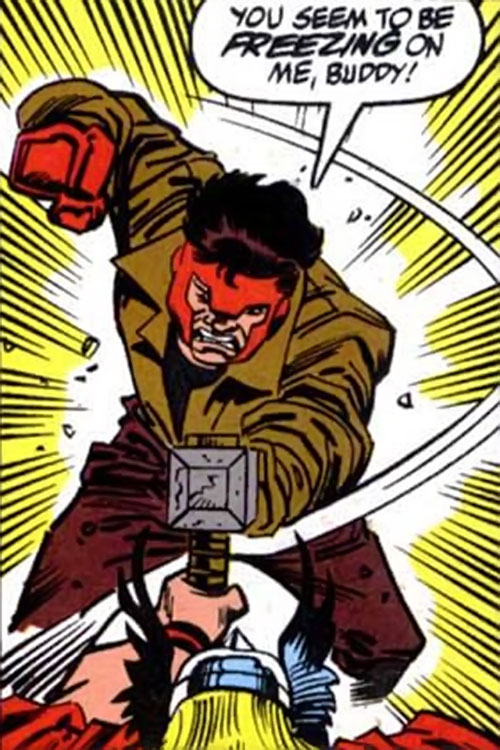 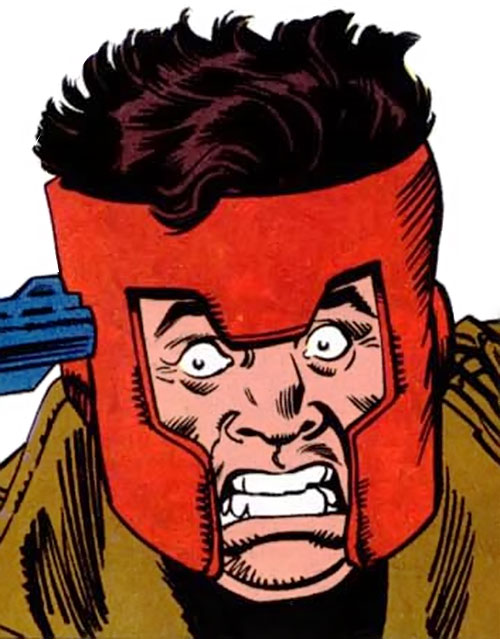