Shenhua is impossibly fast. In a fight she will dive in, slash multiple persons with her paired kukris — and eventually leap out to avoid incoming attack. She’ll leap back into melee as soon as feasible.

She also has some ranged firepower. Namely, small throwing knives usually hurled in volleys of three, and lines attached to the hilt of her kukris. The latter allows her to hit targets up to 30’ away then yank back her blade to her hand.

Shenhua is assisted (sort of) by her chauffeur, Leigharch.

Shenhua is a senior bounty hunter and mercenary in Roanapura. She’s best known for her work with Mr. Chang and the Triads. She has clashed with Revy and allies several times, and though defeated survived all these confrontations.

Shenhua is a pretty pretty mercenary. She wants to look sexy even when that is not quite practical, and is fussy about her appearance. She’s big on melee skills and holds most gunmen in contempt, though she reacts favourably to persons evidencing superior skill and courage.

She is proud to be Taiwanese. Unlike most persons around her Shenhua doesn’t bother to improve her English, talking with broken grammar.

“English is not good because I am real Taiwanese.”

“Cannons run out of ammo. Blade and body last forever. Best weapons in the world.”

She’d make a great Richard Dragon foe or by extension a foe of the Question. She wouldn’t be out of place as a foe of the Bat family either. In the latter case a team up with Catwoman would seem likely.

Again she could easily be inserted anywhere in Southern Asia and fit right in. She could have encountered any of the heroes and villains that frequent there. 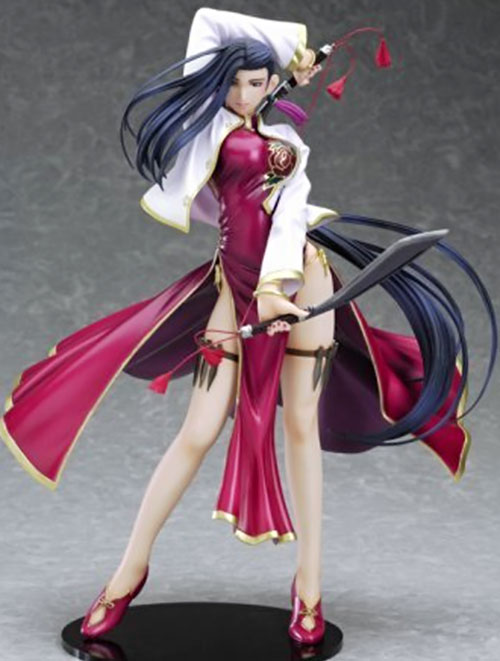