Bill possesses no super abilities of his own. He relies entirely on his own combat prowess and the suit’s indestructible properties.

Bill Higgins is the son of Joe Higgins, the original Shield, who was petrified by the Eraser. Donning a spare Shield costume, he vowed to continue his father’s work.

Sadly, in his private life, Bill was a total washout and at times seemed cursed. Genuinely clumsy, he couldn’t hold down a job. When his girlfriend Nancy Zenith hired him to work in her employment agency, not a soul came looking for a job and she was forced to fire him.

When his father was revived by the Comet, Bill gave up superheroing and joined the Air Force.

Bill is a troubled character. He slips into his Shield guise when he feels oppressed by life.

“How cruel fate can be ! I’m a maddening combo of fab hero and utter shnook !”

After his sojourn in the Air Force, Bill, missing his life of adventure, could become a member Checkmate as a Checkmate Knight. 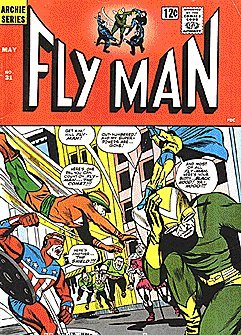 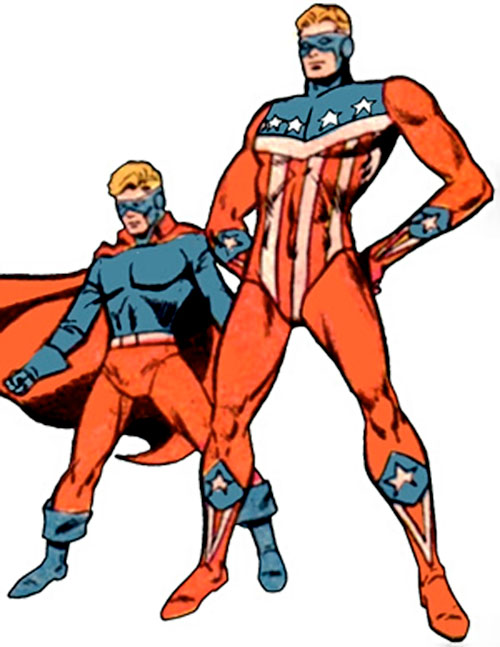