Shock is a blue-skinned, young mutant. As his name implies, he can generate electrical bolts from his body. He is also immune against any electrical shocks himself, and can even short-circuit electrical security systems by touch.

Having an extensive background as a rebel he’s adept at thievery, streetwise and the use of his mutant abilities. Shocks greatest assets are his courage and his iron will to fight the oppression.

Shock used to be a mutant fighting for the rebellion in the Net, Big City. Kaine Salinger showed up, just as his girlfriend Blue had been killed. Salinger offered him a new way of fighting the oppression. Shock joined the team of the Outcasts along Kaine, Queeg and Rickenbacker.

He participated in their actions to the end, but sadly, Shock sacrified his life. He did so to destroy the evil computer Orcom, who had the city under tyrannical control. The surviving Outcasts were Salinger, Rickenbacker, Killer and perhaps Queeg, who’d all successfully freed the enslaved city.

Shock is a young lad with slender and agile built. He wears the typical clothing for young rebel; boots, vest with pockets, arm rings and military trousers.

The skin is purple-blue in colour, his hair is gray and his eyes contain multiple purple dots on a white background. In spite of this, his appearance is not very unusual, inspiring or different, although it’s easy to remember him by his looks.

Having been oppressed and hunted all his life Shock is cynical and bitter by nature. He generally dislikes humans and considers other mutants his only friends. He hates all authorities and therefore has trouble working within a group. He has an impatient and spontaneous nature.

Having lost everything that ever meant anything to him, he only has the fight left to live for. His main motivation is revenge and justice, in equal proportion. Eventually he, despite his young years, sacrificed his life for the Big City, which showed that his heart was in the right place all along.

“Burnt myself a little on that grid. I’m only Shock, not Superman !”

In the DC Universe they have no real position of equivalent, although, in case the Outcasts’ world is in the DC Universe’s future, they might be descendants from various well-known DC characters. For example, Shock might somehow be a descendant of men like Black Bolt or a forefather of Lightning Lad of Winath. 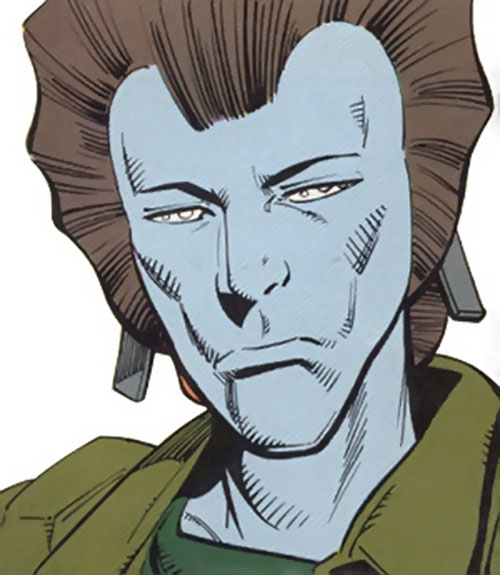 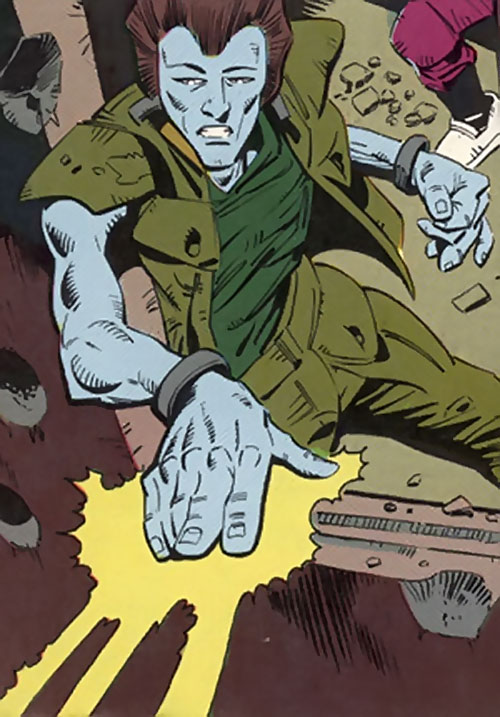