He’s a decent shooter, but he’s dumb as a plank.

The Shooter was just a one-shot annoyance. He tried to ice Daredevil (Matt Murdock) and Spider-Man (Peter Parker) as they were having a sandwich and chatting on a rooftop.

He thinks he’s really, really tough and can kill anybody. But he’s also very gullible. Daredevil effortlessly convinced him that killing Spider-Man would be more beneficial for the Shooter, and spend half the fight just chatting with the Shooter while standing next to him and assessing the safest way to take him down.

The Shooter *will* fall for any ploy, no matter how classic.

“I’m the Shooter – and I’m gonna make a rep by taking out the guy who gave the Kingpin so much trouble.”

“Still breathing ! I bet a few hundred bullets will stop that !” 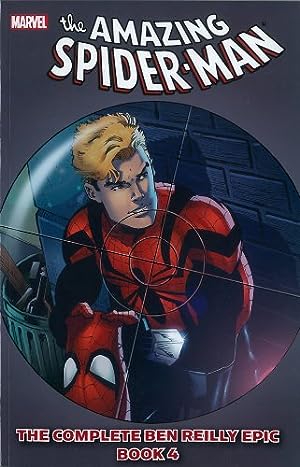 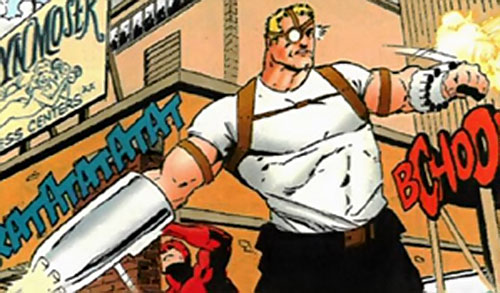