Shooter has a big gun at the end of her (cybernetic ? armoured ?) arm.

She was fast and accurate enough to put two slugs into Deadpool before his flying kick could connect with her head – sending Deadpool crashing and leaving Shooter untouched.

Shooter is… something (a woman ? a robot ? a cyborged woman ? an alien ? a Smurf with an image inducer ?) who fights along Geronimo Crowe – a former S.H.I.E.L.D. agent who now battles against… bad people for… some reason and claims that the… whatever he fights against are, like, really secret.

This small posse includes a modified Sentinel robot with dreadlocks, named Hardwire. Which make it Hardwire III, I think. They also have an unseen teleporter, or somebody operating a teleporter, named Cargo.

Crowe’s group fought alongside Wolverine when they attacked the HQ of an obscure American conspiracy called the Watchtower. That was a cult-like organization killing and dissecting mutants in order to improve human genetics.

They fought Deadpool, who was working for the Watchtower. They also recovered Siryn, who was held prisoner by the Watchtower and had regained her voice during her captivity because of reasons.

Shooter always refer to other people as “this one” (except for Geronimo Crowe) and seems vaguely alien or robotic. She seems to enjoy fighting and shooting stuff. 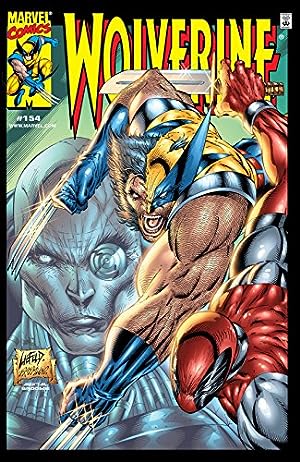 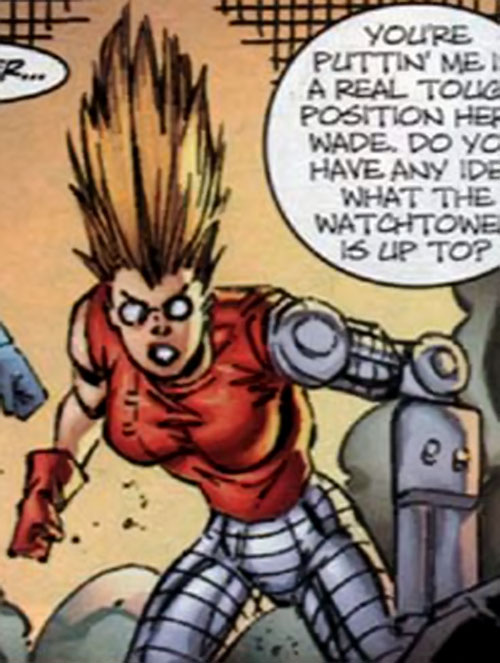