Shrek is an ogre. A big, strong, stinking ogre.

He knows how to scare the hell out of peasants and angry mobs, and even most typical knights. He knows how to fight dirty, how to handle danger and basically survive… oh, and to make candles with his ear-wax.

Shrek was a quite happy ogre in his lonely swamp. The occasional angry mob visit was handled quickly, cleanly and with a smelly smile on his green lips.

That lasted until a legion of fairy tale people, from the three blind mice to the seven dwarves, was exiled by wannabe king Lord Farquaad. The refugees ended up on Shrek’s quiet retreat. Shrek went to talk to Farquaad and was promised the fairy people would leave and he would be left alone again…

… if he rescued Princess Fiona from a dragon-guarded castle.

With the help of a chatterbox talking donkey and the princess herself, Shrek did the job and earned more than loneliness : friends, love… and some fans at the village.

Shrek is a big green ogre, with a couple of antennae-like ears on the top of his head. He wears casual peasant-like clothes, with a white shirt, a leather over-vest and brown trousers, belt and shoes.

Shrek is voiced by Mike Myers.

Complex (“ogres are like onions”). He like to scare intruders, but that’s his “job”. He’s hard, gruff and reclusive mostly because people tends to judge him just for his looks. He has a noble heart. Even when fighting, he takes it like a game. 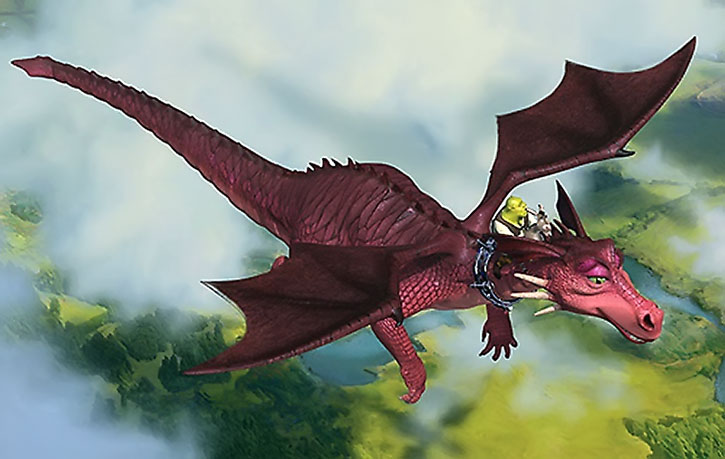 When Shriek befriends somebody he can be quite a comrade, joking and spoofing.

When action arises, Shrek moves and acts with an experience and confidence that tells he’s not a newcomer in the business.

Princess Fiona: “What kind of knight are you ?”
Shrek: “One of a kind.”

Shrek, ironically, would be welcomed in a superhero setting: his would be the perfect eyes to pun on the superboyscout business. Specially would love to see him team-up Metropolis’ SCU’s Turpin.

If used as a hero in a typical superhero campaign, his attributes and skills should be raised 1-3 APs and HPs to 75 to average his performance and better show he is quite good in the action/rescuing business. 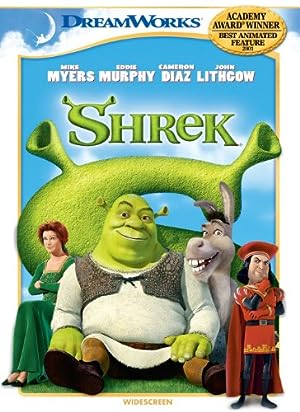 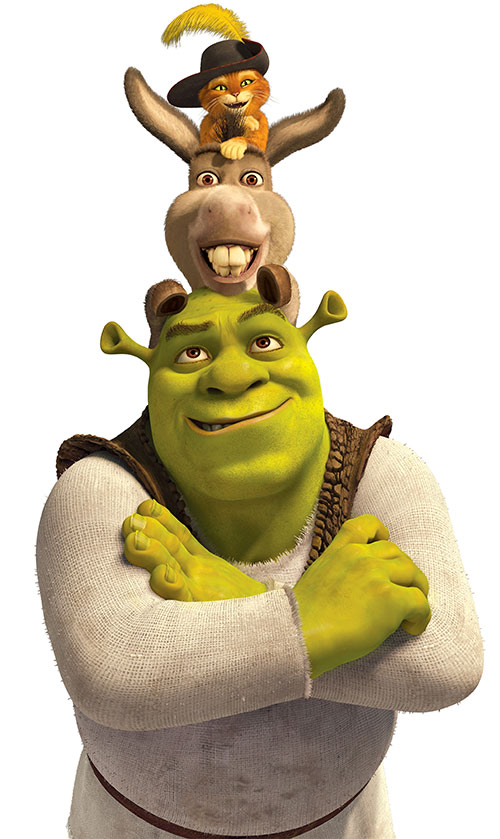