The Shrike had wings (at least originally).

She could also emit a powerful shriek — either to inflict straight damage, or to bowl over a number of opponents like pins. Secondary sources mention that her scream could also paralyse, but that was never actually demonstrated.

Circa 1987, the Shrike no longer had wings. Yet that didn’t hamper her flight in the least.

Shrike has allegedly been on a lifelong spiritual quest. This apparently was an attempt to transcend severe psychiatric issues, as she reportedly has been an inmate in several asylums.

During the 1980s she was recruited and empowered to join the original Cadre. Shrike apparently considered that the Overmaster was God (or at least a god). The Overmaster left Earth without her after the JLA beat him, however.

Shrike tried to become a born-again Christian. However her neurotic, fumbling attempts at finding God ended terribly. The visibly irrational Shrike was preyed upon and sexually abused by a reverend named Flint Yuma. The dismayed Shrike started screaming when Yuma assaulted her.

Yuma was killed by her scream. When the police came the psychotic Shrike did not understand what was happening. Her frantic yells about being sorry and begging not to be shot resulted in the death of 32 state troopers before she could be taken down.

After this disaster, Shrike was transferred to the Belle Reve prison. Amanda Waller offered her the Suicide Squad deal.

Shrike agreed and was soon deployed in Ogaden (the DCU’s equivalent of Ethiopia) to recover an imprisoned nun. During an assault on a military base, she was caught in the beam of a searchlight while sonically strafing the troops. Shrike brought down by massed small arms fire. The mission was nevertheless successful.

Shrike was replaced within the Cadre by another woman with largely similar abilities and looks, called Starshrike.

Years later, Shrike was animated as a zombie by the Black Lantern power, and helped attack Belle Reve in revenge.

Shrike did not train with the other Cadre members. She seemed to spend most of her time lovingly perched on the Overmaster’s shoulder, only acting when he gave her direct orders. She actually worshipped him, and seemingly only spoke to sing his praise. 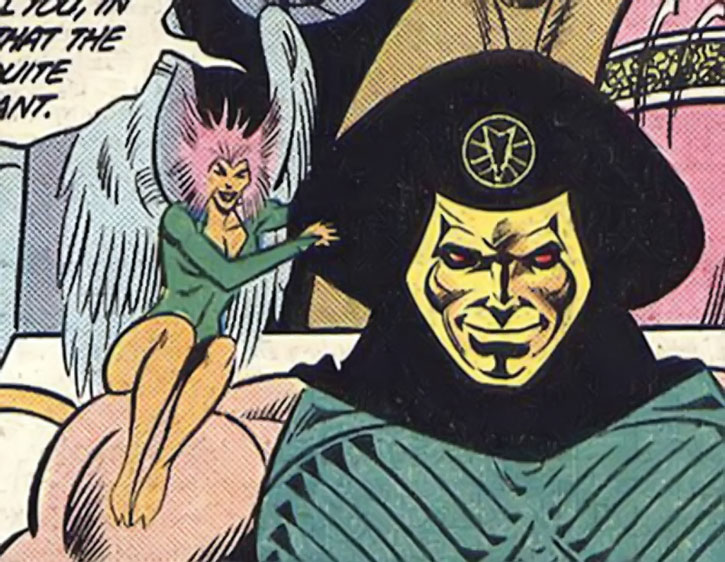 After the Overmaster left Earth, she continued her neurotic attempts to “come to grips with God”, as she put it. She would babble and rant incessantly about her psychotic take on born-again Christianity.

Shrike was thoroughly crazy and obsessive. She was so divorced from reality that she did not seem to realize the consequences of her actions, making her pretty scary. A fit of Psychological Instability was likely to result in her constantly using her sonic powers without genuine awareness of it.

“As you wish, Overmaster. You are my god, and I live but to sing your glory.”

“Well, they took me off and put me in jail and everything, but the Lord, He’s looking out for me, and He placed me with the Squad for a chance at a new life. Praise the Lord !”

During the “Peregrine” appearance (see the Starshrike profile for more), several new abilities were demonstrated or mentioned. There’s no reason to assume that Shrike and Starshrike lack similar abilities.

* While in the air. May receive further bonuses from Favoured Environment.

During the “Peregrine” appearance (see the Starshrike entry for more), several new abilities were demonstrated or mentioned. There’s no reason to assume that Shrike and Starshrike lack similar abilities. 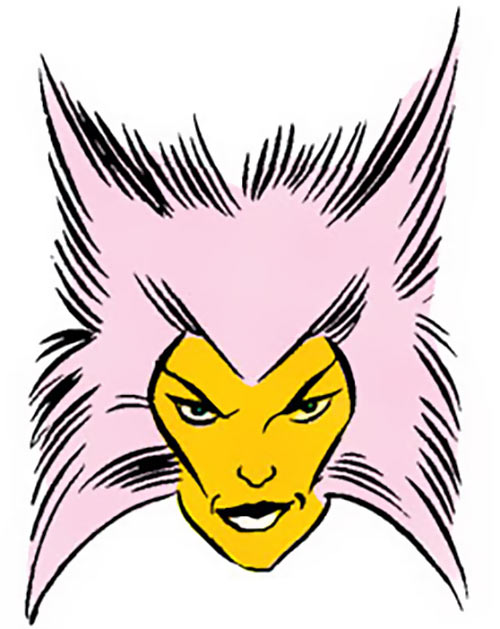 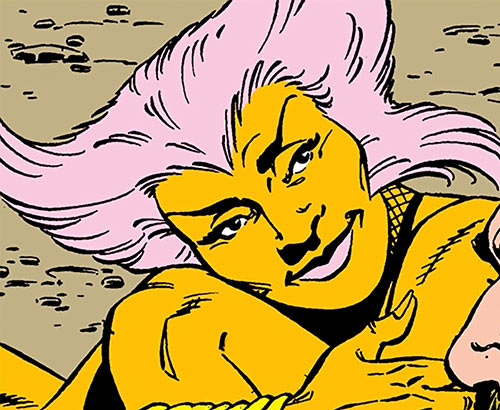 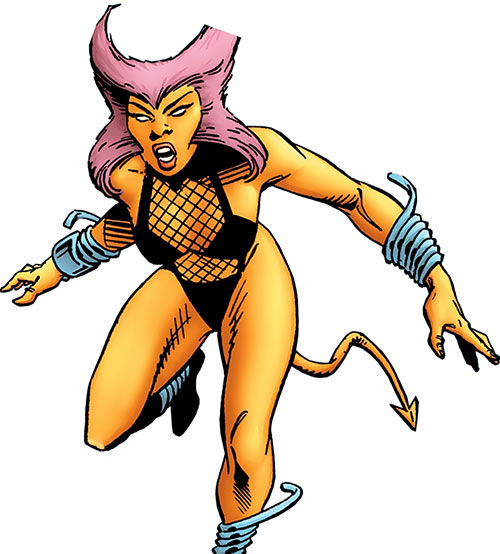 As a Black Lantern zombie : 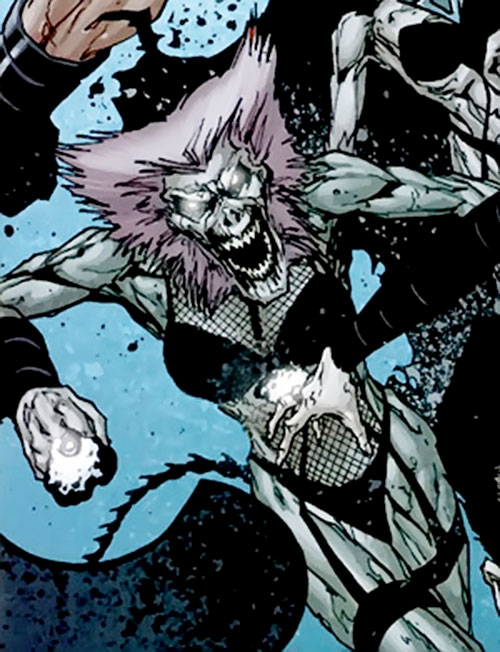