Boone is an excellent martial artist and weapons master. He has proven to be noticeably better than Lady Vic (although she remains a dangerous opponent for him). But although he can threaten Nightwing he’s not on his level.

Shrike carries a small arsenal on his person. He has a pair of special tonfa (with pop-out blades), three swords in scabbards slung across his back, and some smaller weapons.

He’s also a surprisingly good acrobat. He once did a somersault while both his feet and hands were bound, in such a way as to have the manacles around his ankles shattered by an incoming shot. In DC Heroes terms, this one likely required Hero Points .

Boone first met Dick Grayson when Grayson was using the alias “Freddy”. Grayson was back then completing his training as Robin. As such he infiltrated a clandestine dojo where a criminal martial arts master, Shrike II, was training youths to become assassins and ninja.

As trainees, “Freddy” and Boone became friends. But this friendship was based on deception and collapsed when Robin took down the Shrike and his dojo.

The young Boone fled. He travelled alone throughout the Pacific rim, learning from various teachers – often disreputable ones. He came to master a wide array of martial arts, and was even tutored by several former members of the League of Assassins.

Back in the US of A

He eventually became well-known in various areas of the Asian and ex-Soviet underworlds. He was the contract killer who never failed a hit. Boone took up the name and costume of his former mentor, becoming the new Shrike.

His rep established, the Shrike came back to America. Thus he came to work for Blockbuster in Blüdhaven.

Blockbuster was quite wary about mercenaries, due to bad experiences with some of his hired retainers. So he pitted Shrike against his previous mercs. Shrike easily and nearly simultaneously defeated Stallion, Thrill Devil, Brutale and the Electrocutioner – although he was then nearly defeated by Lady Vic.

Having proved his worth, Shrike learned the name of his target – Nightwing, the former Robin. Quite happy at the idea of at last avenging Shrike II, Shrike IV managed to capture Nightwing. However, his opponent escaped and defeated him.

For a time, Shrike thought that he had discovered Nightwing’s secret identity – but it was actually a red herring arranged by Oracle.

Shrike was sent in prison. There he spent most of his time in solitary with both wrists and ankles cuffed, as he was too dangerous. However, when Torque and Nite-Wing triggered a prison riot and a fire to escape, the agile Boone managed to flee.

He came back when Blockbuster started destroying Dick Grayson’s life. Boone thus could simply wait for Grayson to show up at Blockbuster’s house. Shrike craved a final duel where he would kill Grayson.

Nightwing, however, was enraged and basically unstoppable. He pretty much ignored Shrike’s attempts at hitting him while looking for Blockbuster. Nightwing then brutally overpowered Boone when it became obvious Blockbuster wasn’t around.

Boone is a mean, confident (even cocksure) killer and martial artist. Years of success as a badass fighter and scary assassin have given him the impression he’s a super master of blades and death as well as a great sensei. And that would be true if uber-martial artists like Nightwing (or worse) didn’t exist.

He comes across as something of a bully or street gang leader.

Like Shrike II before him, Shrike IV teaches a group of youth in ninjutsu. Those guys are just somewhat dim (but trained in the martial arts) street toughs in a costume and sporting ninja weapons, though.

Generally speaking, Shrike prefers to operate alone, and only occasionally requires the services of his trainees. 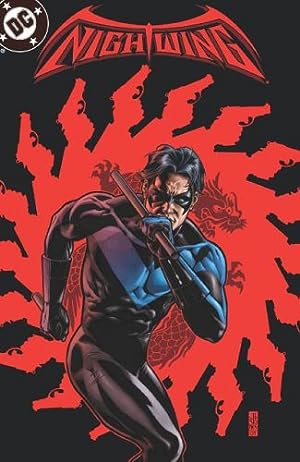 Nightwing: On the Razor’s Edge 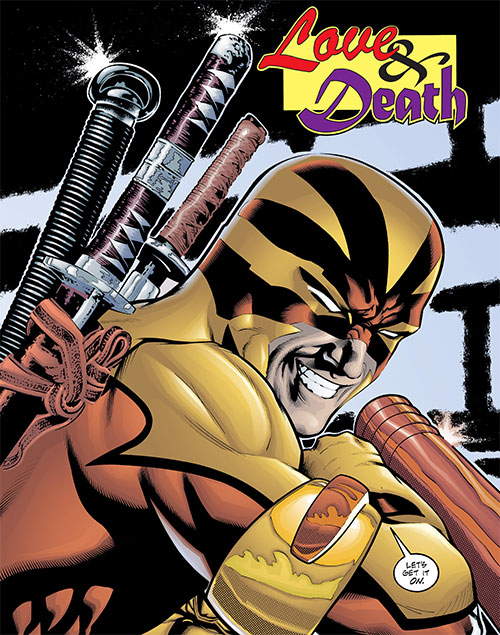 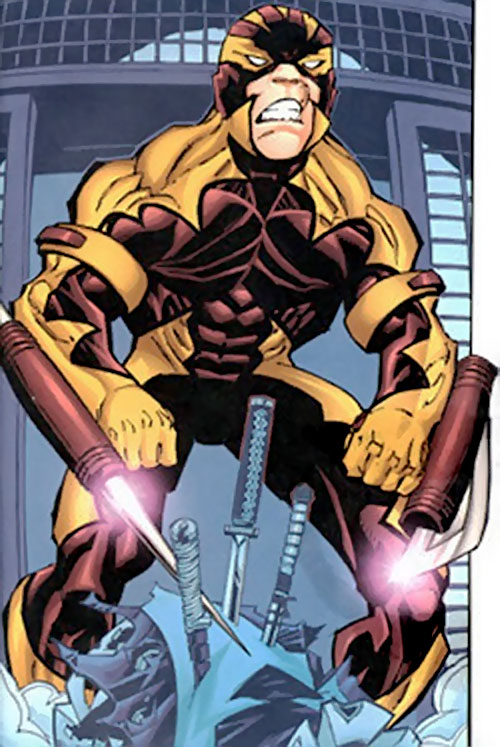 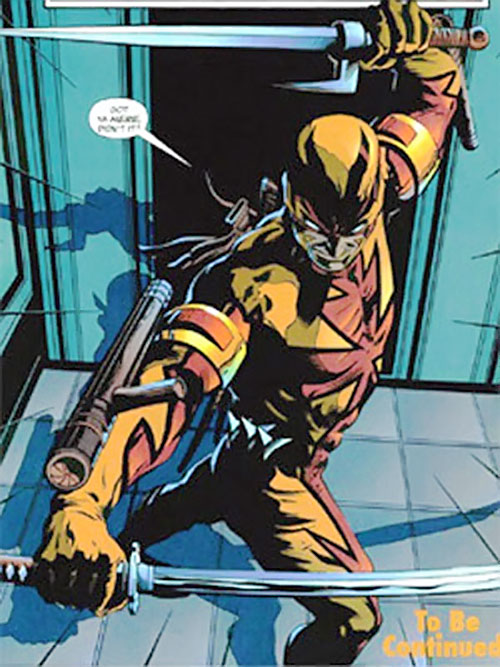 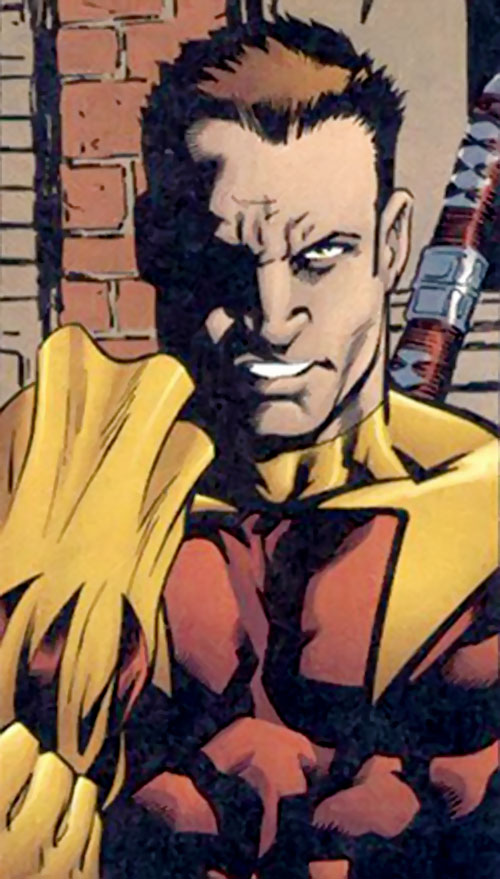