See the Super Young Team profile for her time with the team.

After the team had dealt with the trouble in their homeland, Lolita Canary finally had superstores (six globally) named after her. She took up residence in the Tōkyō one.

It has an open bar every night, from six to eight.

Forthright and confident, Lolita Canary is a party girl who enjoys a drink or five. She gets irritated about being overlooked by the fans in favour of her teammates. As a result, she makes sure she gets equal press.

She’s serious about the team though, and stayed with Superbat to investigate when the rest of the team drifted apart.

“Bartender, got any Suntory  back there ? Don’t worry, I’m totally legal. Plus, I’m a superhero.”

“Summmiimassennn !” (This is what she shouts when using her sonic beam. It translates to “I am sorry !”)

Most Excellent Superbat: “Can you immobilize him ?”
Lolita Canary: “You only have to ask, Heino. I love yelling at old people.” 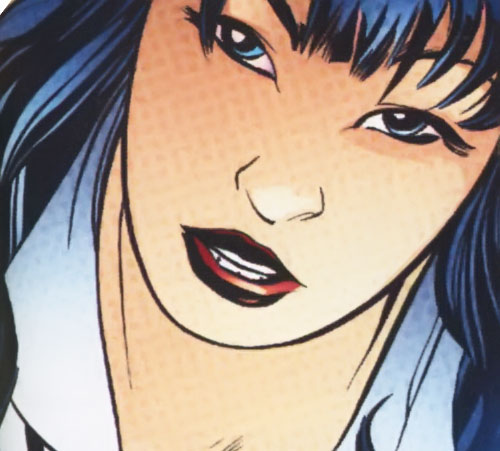 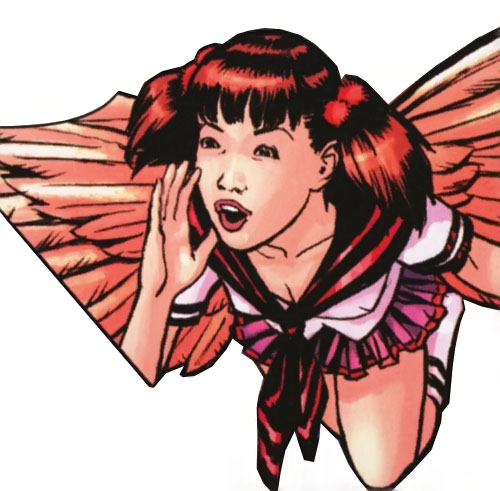