Sibercat is an obscure Marvel Comics Russian mutant. His one real appearance was in a 1992 one-shot. After that he was just glimpsed in a few panels here and there.

So he’s not a bad choice if you need a Russian hero to develop in the Marvel Universe. So he has a profile.

Sibercat seems to be superhumanly agile, fast and strong. There are also hints that he has feline senses.

He seems to be a superior hand-to-hand fighter and a superhuman acrobat. He once leapt from about 15 stories high and hit the ground running.

His scattered appearances after SSS have him turn into a more tiger-like form and engage soldiers in heavy (but non-powered) body armour. A fairly high amount of Claws thus seems reasonable in DC Heroes RPG terms, especially since his level of strength is unclear.

Sibercat (originally called Siberian Tiger) was first seen as part of the group of mutant dissidents working in USSR with Father Garnoff (aka Blind Faith). He likely had been rescued from governmental efforts at mutant elimination, containment and study.

One of his documented missions involved attacking a concentration camp for mutants run by unethical doctor Heinreich. This leveraged an ongoing conflict with the covert American mutants of X-Factor to free experimental mutant subjects.

Sibercat, along with Stencil, was one of the pair of survivors from Garnoff’s underground railroad after it was hit by the murderous mutant hunter Firefox. They eventually they joined forces with the former Soviet Super-Soldiers (Darkstar, Vanguard, Ursa Major), who had themselves become dissidents.

This group then apparently stepped up its opposition to the USSR, which at that point was crumbling apart.

The tribulations of mutants, superhumans and other costumed adventurers in what soon became Russia are largely unknown.

However by 1998 Sibercat, had somehow joined the Winter Guard. It was chiefly composed of former members of the Supreme Soviets and Soviet Super-Soldiers – Steel Guardian, Vanguard, Darkstar, Vostok, Fantasma, Surge and Sibercat. How this government team was joined by a former terrorist is unclear. 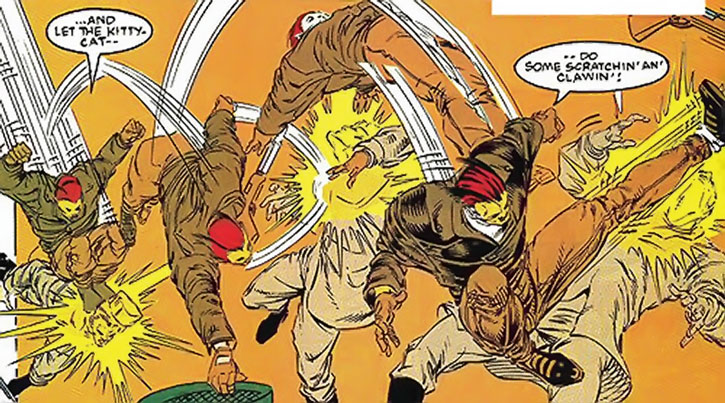 The Winter Guard had scant few appearances (you usually see them in two panels illustrating how the latest Big Crisis is international in scope). They and shock Russian units fought against the large, heavily-armed mercenary forces commanded by the Mandarin when he invaded Russia. That lasted until Iron Man managed to take out the Mandarin and his gargantuan flying fortress.

They then attempted to stop the tremendously powerful Presence from extending the dreaded Radiation Zone to cover Russia and eventually the world. But all save Darkstar were seemingly killed.

The Avengers followed up on their effort. They did not fare much better until Thor went postal and brought the Presence down. The people turned by the Presence into ’radiation zombies’, including the Guard, were then restored to their normal state.

Sibercat and the Winter Guard were later spotted in Novosibirsk, repelling ULTIMATUM forces.

Sibercat is laid back and fun-loving, and is usually in a cheerful and joking mood. He likes music with strong guitars and a heavy beat, such as classic rock and hard rock, and seems quite curious. He has no apparent hesitation about killing in self-defense.

Parts of Sibercat’s dialogue in Russian seemed fairly close to the modern perception of typical beatnik speech (such as occasionally calling father Garnoff “daddy-o”). While I have no idea what the equivalent in Russian would be, in English you can accentuate this aspect to make him a, well, hip cat.

“You heard the priest, Mickey ! Lighten up, dude !”

“Oh ! This English language is a real pain ! Great music, though !”

“Anyone ever tell Urkolovitch how bad he smells when he turns onto a bear ?” 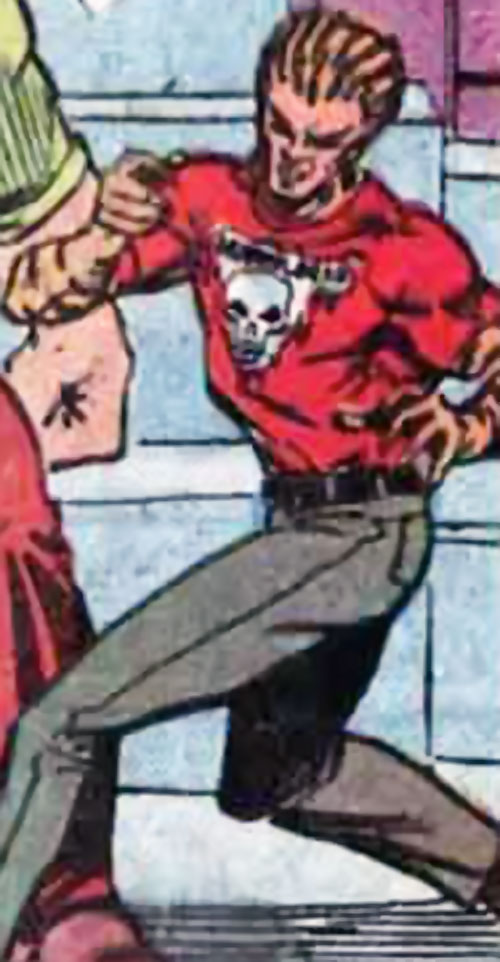 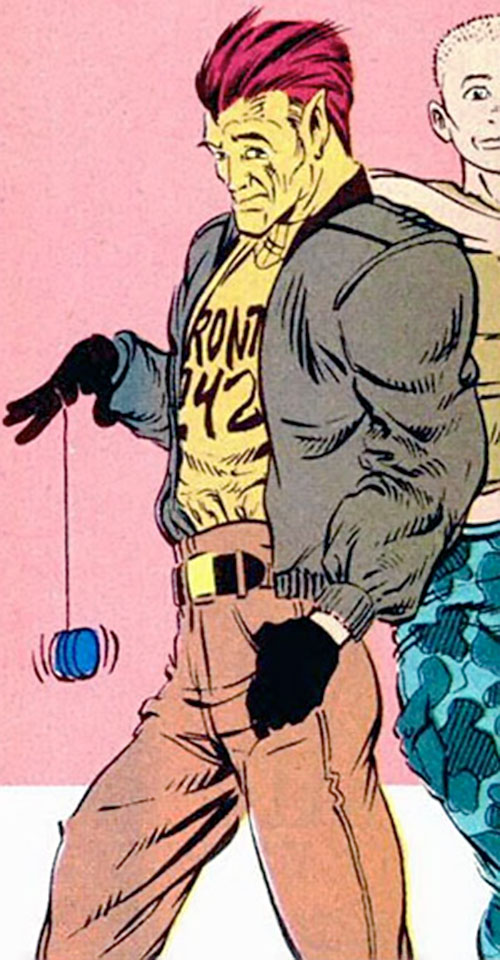 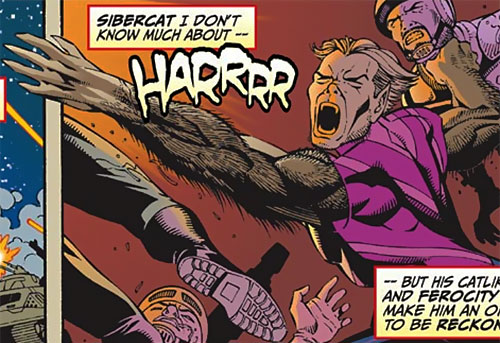 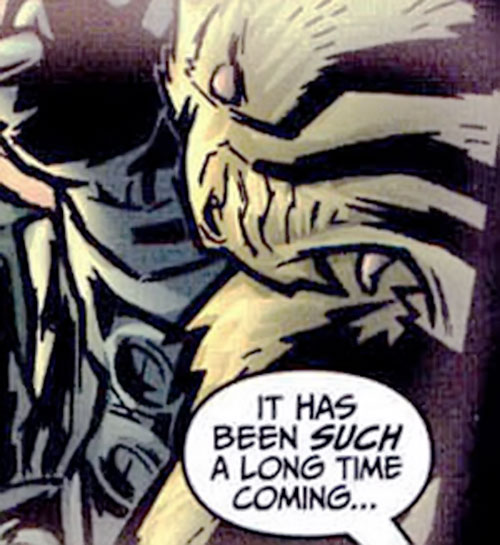