He was an elite I.O.’s agent directly responding to Miles Craven. At this time, he was already at the edge of sanity. During a mission where he was told that a nuns community was a terrorist group packing nukes, he entered the church and butchered everyone.

In the ensuing investigation, he first confronted Ivana Baiul, who was sent there to investigate on her own as a test for both of them. She had the upper hand in the fight, crippling Bob’s left eye with a coffin wooden part. When he reported to Craven, he was formally introduced to her, and was appointed as her first lieutenant.

It was love at first (well, second) sight for him. It was also the trigger to unleash his insanity.

Later, he came back from the shadow when she and her DV8 began their rogue existence. She called upon him to keep an eye, and a hand, on them when she couldn’t. He accompanied them on few missions, showing his cruelty and disrespect for life. Though he was not firmly aware of her plans and schemes, he followed her instructions in the spirit.

When she got abducted, he pushed the teens to rescue her. While when Powerhaus or Copycat were MIA, he nearly kicked their ass because they wanted to rescue them.

When things started to fall apart for Ivana, DV8 and I.O., he was in charge of torturing Evo. They thought that the rogues DV8 (Frostbite and Sublime), would somehow feel dogboy’s pain, and would come back to save his ass.

Bob picked up Evo, in spite of his liking for him (after all, Evo is the closest to Bob’s psychopathic behavior), because he knew his regenerative powers wouldn’t keep permanent damages.

Sideways Bob is a strong, tall man in his mid 50s. His bald head and missing left eye, along a huge scar, gives him an ugly look. He dresses in classic clothes with a long raincoat.

He never moves without Lucille, a mannequin’s head he salvaged from an operation.

Bob sleeps in a woman’s lace nightie at least 4 size too short.

Sideways Bob is clearly insane. He’s a slaughterer. He keeps his mannequin’s head, he named Lucille, as a mate, talking kindly to it, and forcing other people to talk kindly to it.

He has a crush on Ivana, though he would never admit it. In his scale of values, only a girl that could kick his ass is worth his attention. And maybe his affection for Lucille is a compensation for Ivana’s lack of interest toward him (except professionally of course). 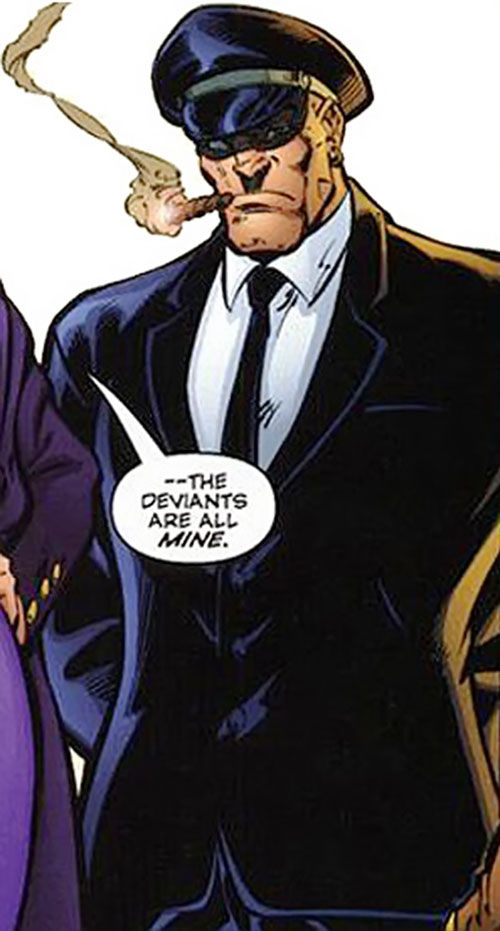 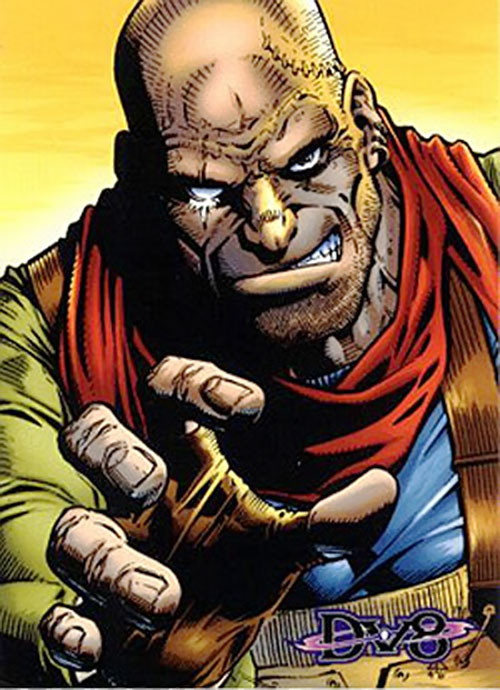