And if you don’t really care for storyline or characterization then he’s a little guy who runs around in full plate mail and swings around a giant two handed sword like it was a wet towel.

Siegfried’s an extremely powerful fighter and a hell of a lot stronger than his small frame would imply. At the age of 15 he was able to run around in full plate mail and swing a heavy two-handed sword around one handed like it was a twig.

In fact he’s so strong that one might actually surmise that he actually has some sort of low level mutant super strength.

Siegfried has beaten the Soul Blade more than anyone in history. Thus, he is likely the most powerful fighter in his world (or at the very least time period).

Siegfried is a handsome German youth who is actually quite small to be walking around in full plate and wielding the huge blades he does. In his later appearances he has flowing shoulder length hair.

In his later appearances he seems to be quite a bit more manly and mature. In fact, it’s hard to actually believe his officially stated height and weight.

Siegfried is deeply troubled by all the wrong that he’s done. In his early appearances he was nothing more than a childish brat who thought it would be cool to murder and rob battle weary knights. But he snapped when he couldn’t accept that it was he who had taken the life of his own father.

Therefore, he denied it by focusing on his quest to obtain the Soul Blade and avenge the unsalvageable. 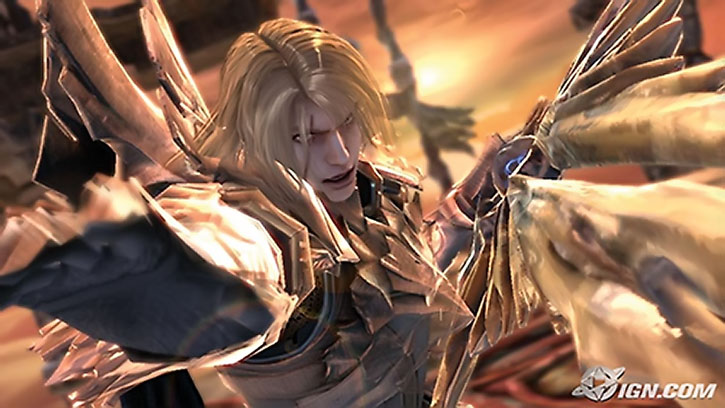 The evil blade saw this and used it as leverage against him to persuade him to cause more death and destruction.

Eventually after causing untold death and suffering he finally realized the error of his ways and was able to break free of the Soul Blade’s influence. Now that he has accepted what he has done wrong he has made it his mission for the rest of his life to atone for his sins. He does this at the expense of everything else in his life.

He truly is a soul in Purgatory.

“I can’t ease my father’s soul until I find the sword and slay his murderer.”

Soul Blade: “Your strikes were weak. Fragile. Pathetic. Just like human souls.”
Siegfried: “Silence…I will not obey you any more. I will atone for what I have done…”
Soul Blade: “The depth of human greed astounds me. You still seek forgiveness, after all you have done ?”
Siegfried: “No ! But one must reflect on one’s sins and move onward.”
Soul Blade: “…Even if the path leads only to darkness ? Only death awaits you in the end.”
Siegfried: “Is it because it is finite that people cling to the joys of life ?”
Soul Blade: “…Can you not hear them-the wails of the souls that were swallowed unto the abyss by your hand ?”
Siegfried: “I am eternally sorry for what I have done…but listen to me !”
Soul Blade: “…He sought death. He revered it. Death is beautiful. Your father, too, knew its allure.”
Siegfried: “Yes, if I could, I would return to that time-”
Soul Blade: “He must parish. You shall cast his body into the darkness. He shall stagnate and rot, steeped in despair, as you squeeze the final gasp from his lungs !”
Siegfried: “No ! That’s an illusion ! I can see it…I can see the proud way he faces his end !” 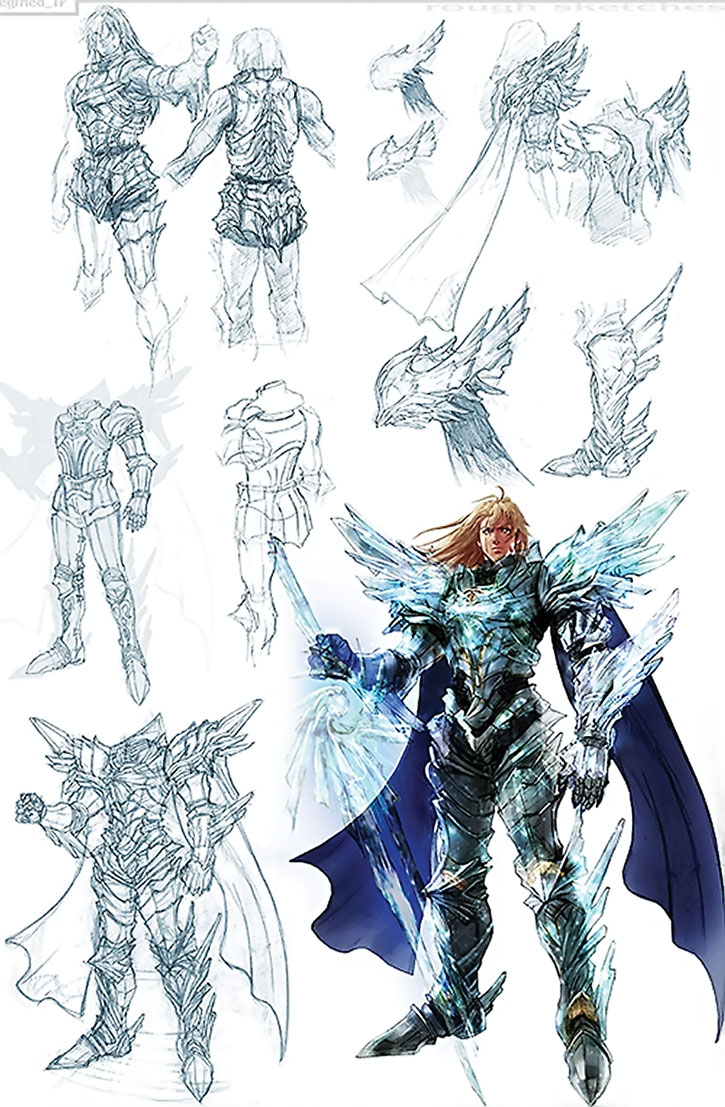 “This isn’t enough…I will seal away Soul Edge for all eternity and atone for my sins. This I swear !”

Woman: “So you would forsake our friendship ?”
Siegfried: “Yes. No one will ever again be a part of my life. Every man or woman who has known me has ultimately fallen to death’s touch. So go. Leave me. Forget you ever knew me.”

A soul in Purgatory (previous statistics)

In his first appearance Siegfried had a CPI and was in complete denial that it was he himself that slew his father with his own hand and ran around on a ridiculous quest to try to find the Soul Blade to avenge his murder. Likewise his Mind and Spirit where quite low as well 3/5 respectively.

After the events of Soul Calibur 1 they get up to 6/6 and the end of Soul Calibur 3 they’re up to the aforementioned stats. Likewise around Soul Calibur 2 his CPI went down to an SPI. Siegfried is hardly a rock, as he does occasionally falter, but he is now strong enough to stand up to the Soul Edge regardless of what sort of buttons it pushes or whatever kind of psychological manipulation it tries to pull.

He doesn’t actually gain his CIA until he comes to accept that it was he who murdered his father after he breaks free from the Soul Blade’s control. 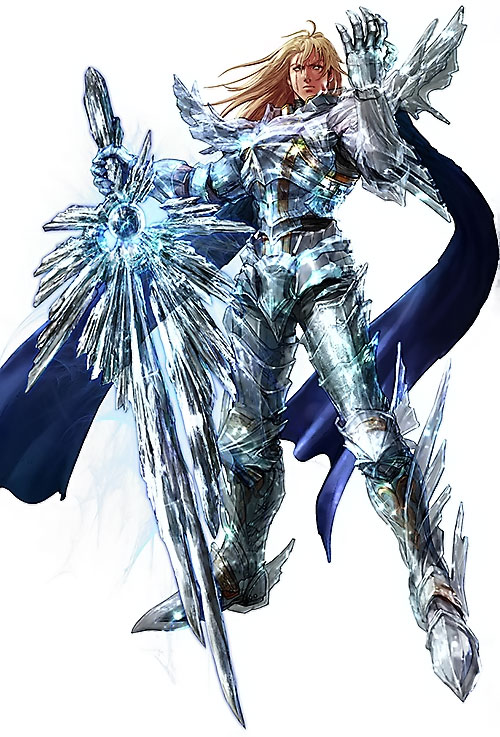 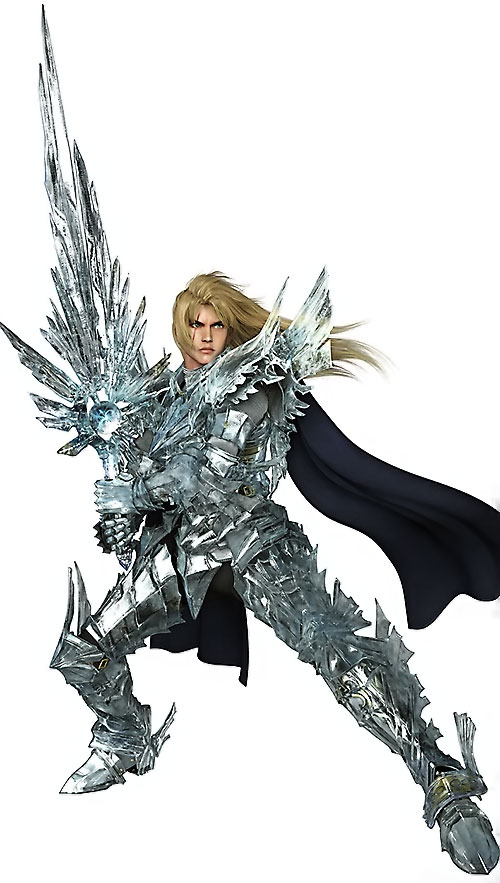 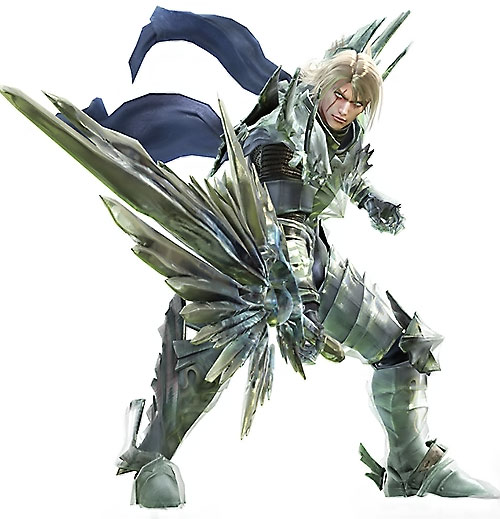 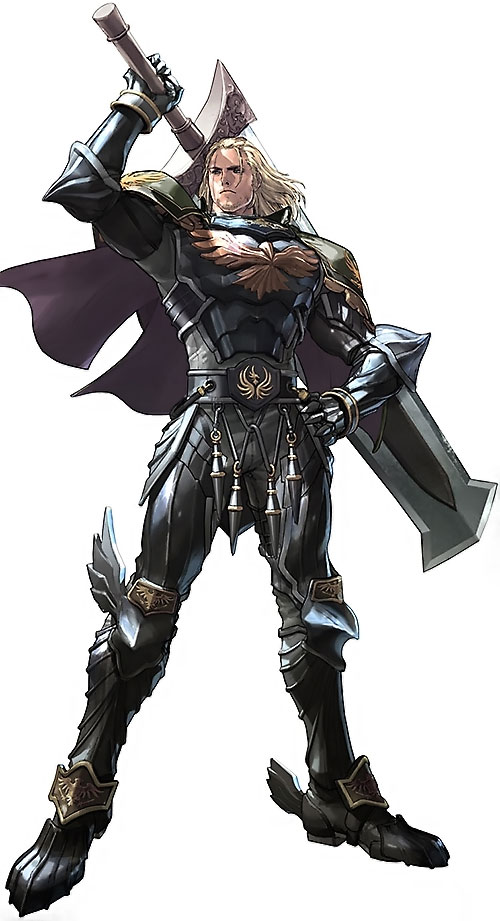