The Silencer appeared but once, in the 1983 Hawkeye Limited Series.

But he’s a street-level assassin with a working gimmick, and you need a lot of those in many super-hero tabletop role-playing game campaigns.

Silencer is a hitman with remarkable combat and athletic skills. He’s fast, muscular and is an excellent professional, always prepared and thinking ahead.

His signature asset is his special costume, which nullifies all sounds around him. He thus moves and fights in perfect silence, and even his pistol make no noise whatsoever.

His costume has electrical insulation and polarised eyepieces. Given those characteristics our game stats assume a similar degree of insulation against temperature extremes. It is entirely possible it also has some lightweight breathing filter.

Silencer is an assassin who was hired by Crossfire in 1983. He clashed with Hawkeye and Mockingbird following the latter’s investigation of Cross Enterprises. He located Mockingbird’s apartment, picked the locks and sneaked in, putting his pistol to the sleeping Hawkeye’s temple. 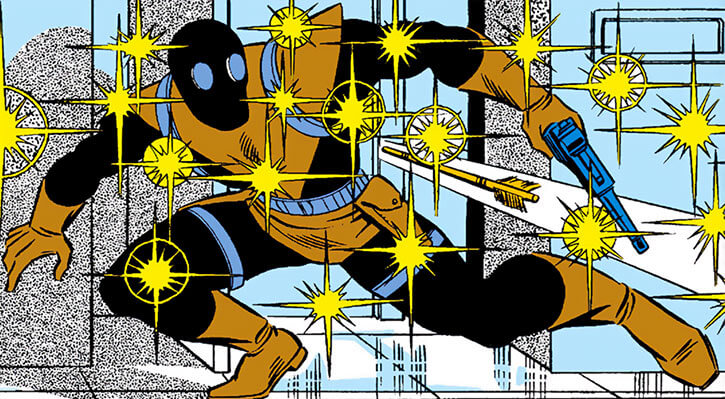 However, the archer somehow woke up and rolled away. Shortly after, Silencer was forced to flee through a window when Mockingbird came back.

When Hawkeye and Mockingbird broke into Cross Technologies to examine secret records, the Silencer found them anew. After a difficult fight, Hawkeye finally managed to take the Silencer out.

The Silencer cannot emit any sound when in costume, including talking.

He seems to be a competent professional, always mapping out his routes of escape and checking his kills. 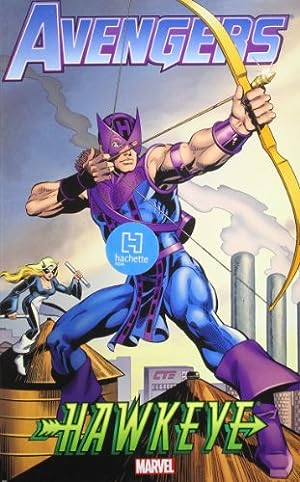