Silk Fever is a pyrokine , able to set objects and people on fire with her mind. She’s even able to vaporise bullets before they hit her.

She can also wrap herself in fire and fly.

It was first stated that her powers came from having been exposed to experimental napalm. Maybe such an incident revealed her Pact-derived powers.

The Temple of the Dragon’s Breadth has been hidden deep in the jungles of Cambodia for millennia. It sits on a well that is a potent source of primal energy. The Temple’s best known project was to give birth to a number of children infused with the power of the well. That took several generations of mystically-guided selective breeding.

In 1966, an American recon patrol stumbled on the temple. They were offered to father children with selected local women. A key occult requirement for the project at that point was to obtain “children of the East and West”. One of the children was Min Li Ng, who much later became the mercenary known as Firewall.

Diego Casseas, one of the patrol’s members, found Min years later. She had become a member of the eco-militant group Project : Earth. She was part of their hit squad of superhumans, the Forces of Nature. He approached her as the Left Hand. Casseas offered the Cambodian lass to tell her about her real origins.

Seemingly wanting to move beyond the Force of Nature, Firewall accepted and joined Casseas’s group. It was called the Folding Circle, and comprised most of the “children of the East and West”. 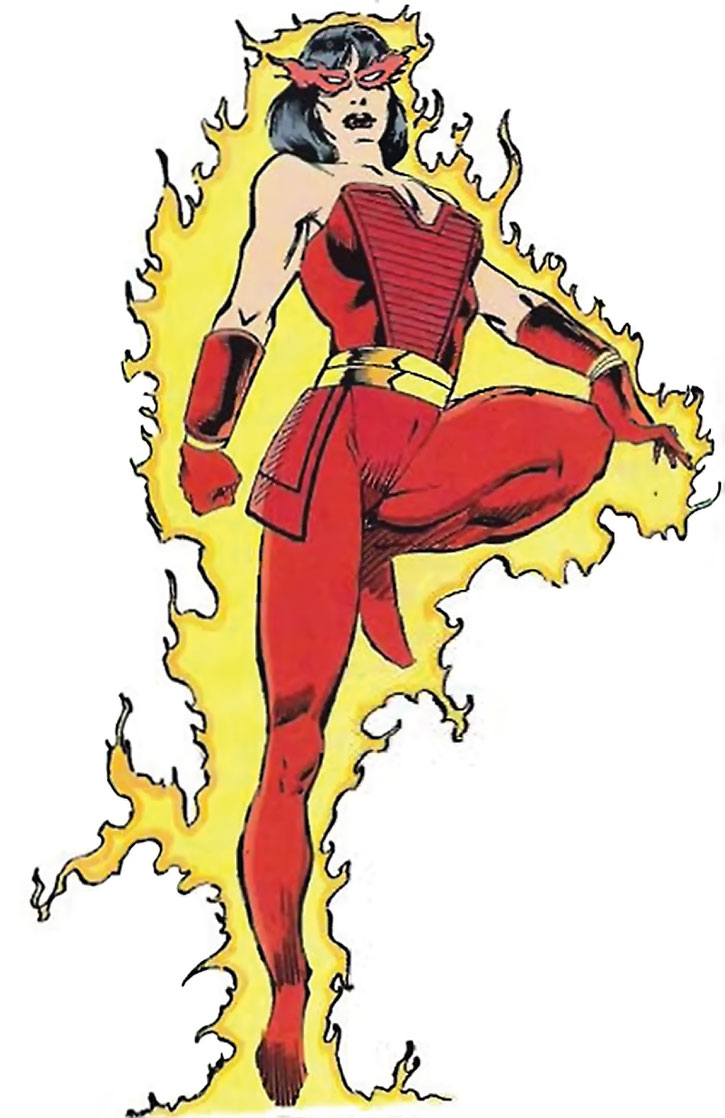 The Folding Circle clashed with Night Thrasher (himself another descendant of the patrol) and with his group of young superheroes, the New Warriors. Eventually, the Circle and Warriors came to the Temple, where the Left Hand disappeared into the mystical well.

Fleeing from the Temple, the Folding Circle, now led by member Midnight’s Fire, became criminal operators in the turbulent island nation of Madripoor. Midnight Fire coerced his sister Silhouette into joining the Circle for a bit, but Night Thrasher intervened. After a four-way struggle with crimelords Aardwolf and Tyger Tiger, Silhouette left.

In non-continuity events, the Left Hand came back from the well with greater occult understanding, and Midnight’s Fire left.

The rebuilt Circle moved back to the US to become a powerful, scary syndicate mixing superhuman power, the occult and ruthless made men competence.

Silk Fever generally likes to have her eyes glow with flames.

The costume with the exposed throat and shoulders is the Firewall one. The other one is the Silk Fever costume.

Silk Fever is not a very talkative type, but seems generally angry.

She doesn’t work particularly well with teams, despite sounding reasonably smart when she’s not so angry.

Or you could simply use the non-continuity version as a shady New York City syndicate. They may have had clashes with some of the Titans.

“You seem to have left him at a loss for words, Peter. Allow me to complete the process.” (SHFSHSH !)

Bonuses and Limitations:
Force shield only works against projectiles with a BODY below 04, such as bullets (-2). 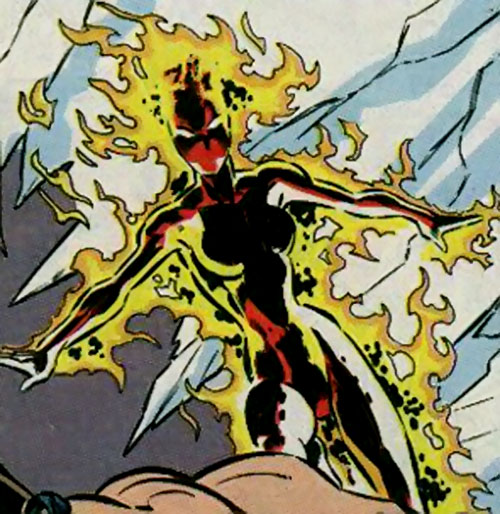 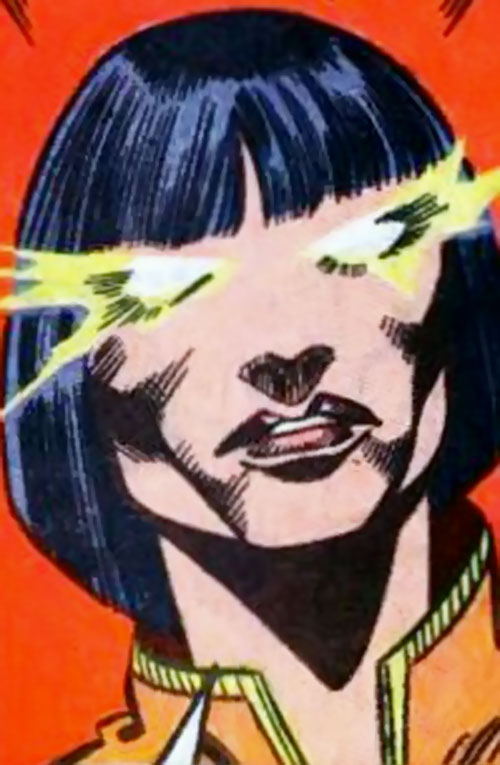