This is a technical article about converting one set of tabletop role-playing game stats to another. In this case the source system is Silver Age Sentinels .

“Bump”: To simplify this discussion, I’m going to define “bump” in a special way. It means to increase the APs of something in order to meet a reasonable benchmark. However, if multiple “bumps” are suggested, use only the largest, possibly +1 if there are several.

The Tri-Stat scale treats 4 as average and 12 as (fairly realistic) known maximum human potential. In the absence of any other benchmark, the simplest thing to do is chop Body, Mind, and Spirit in half, rounding up, and applying them to the Physical, Mental, and Mystical attributes respectively.

For instance, Mind 8 would yield INT: 04, WILL: 04, MIND: 04. Note these values for later, in case they change, because these original base values may be needed later for skills and so forth.

Strength, however, is a special case. Lifting capacity in SAS is given as a linear progression, so the easiest thing is to use Body as a proportion. Essentially,

If, however, a character has at least one rank of Powerlifting, bump this STR value by +1, to a maximum of 4. If they have a Body stat of 12+ and at least two ranks on Powerlifting, they can have a STR of 5.

Very high stats require a modification, as the Tri-Stat scale squishes quickly, with 20 being “cosmic.”. A stat of 12 is equivalent to 6 APs, but add +1 to the base attribute for every +1 stat beyond that.

Well, that escalated rather quickly. That works out to about 5 + (1.3 * Superstrength), blowing up quickly at the high end.

Adjust according to how preferable a given attack should be to a punch, if Superstrength is present.

This is a whole topic unto itself, but as a guideline: 1 rank is equivalent to APs of the (base) link attribute, with each additional rank being +1. So, a character with a Body stat of 12 and two ranks in Stealth would have Thief (Stealth): 7. 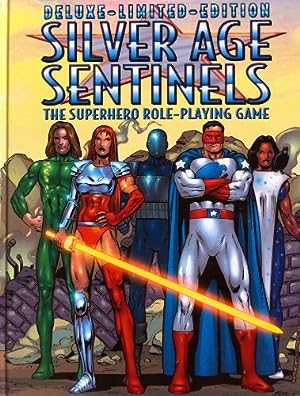