Hector Hall is a powerful athlete and a skilled hand-to-hand combatant, as well as an excellent scientist with varied interests.

Using his extensive experience with generating and manipulating nth metal  samples, he rebuilt and improved a suit of armour his father once invented. The suit can fly, augment strength and protect thanks to a nth metal-enhanced shell. Hector made it solar-powered and able to shoot “solar ray blasts” of heat and light.

It goes all the way back when the men-birds lived in Egypt.

The two most powerful men-bird were the just ruler Thoth, and his dreaded enemy Setekh. How much of the legend results from confusion with the identically-named gods is unclear.

Thoth foresaw a great evil in the distant future. He taught magic to his followers so they would be able to fight it. Then they all left for Greenland, where they founded Feithera. Setekh’s deeds are mostly unknown, though he retained followers in Egypt for about two millennia.

1,500 years after the foundation of Feithera, a priest of Setekh called Hath-Set unwittingly derailed the curse foreseen by Thoth. He did so by murdering a couple, Prince Khufu and Princess Shiera. As it turns out, they were the ones fated to give birth to a soulless child. This child would be the vessel of a great evil, wield the artefact called the Eye of Ra, and commit the prophesied evil.

The couple kept reincarnating for centuries, but they never had a child during these lives. Hath-Set also kept being reincarnated as their enemy.

During the XXth century, Khufu reincarnated as Hawkman (Carter Hall), Shiera as Hawkgirl (Shiera Saunders Hall) and Hath-Set as Dr. Anton Hastor. But this time around, the couple gave birth to the prophesied child – Hector Hall.

Though he was generally aloof, Hector’s lack of a soul was not apparent until he was in his 20s. One person, a friend of the Halls called Norda of Feithera, knew the prophecy. However the young bird-man considered it to be nonsense. He refused to believe that he was fated to fight his childhood friend Hector and assumed that the interpretation was in error. 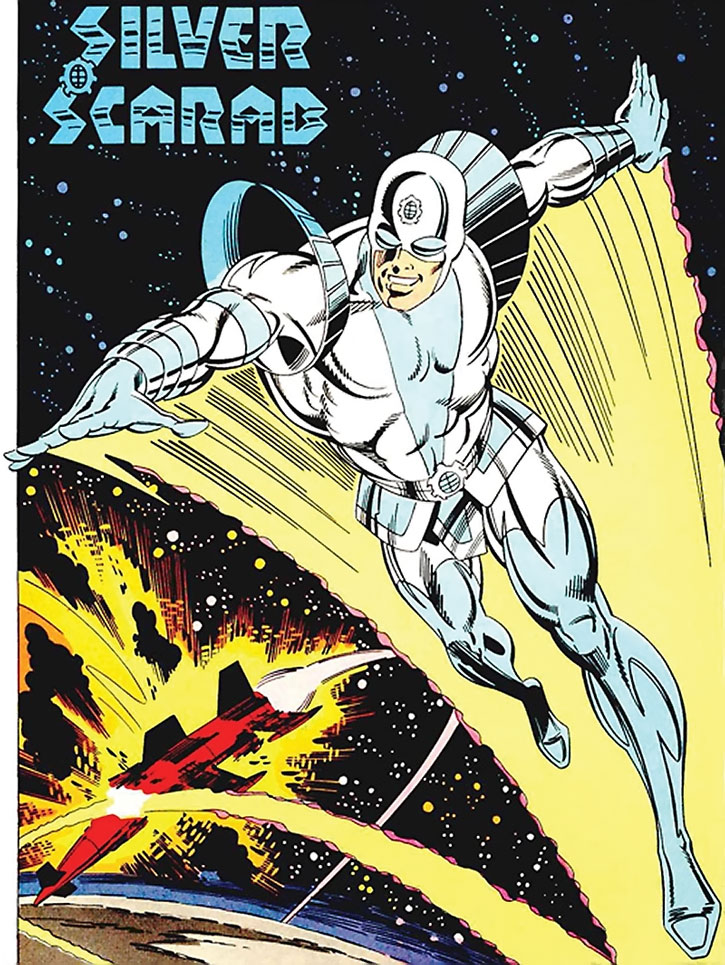 Hector Hall grew up without seeing his parents much. They were usually away fighting criminals as an heroic duo, operating along with the JSA, or on archaeological expeditions. They often took Hector along with them when vacationing in Feithera, but unlike everybody else Hector couldn’t fly and was generally left behind.

Hector grew to secretly resent Feithera and even Norda, one of the few kids his age he spent time with with any regularity.

As an adult he left to study medicine at the UCLA . He gave up during his pre-med to study science (presumably physics). While he originally wanted to avoid this since he saw the hard sciences as his father’s province, it was where his strongest interests lied.

At UCLA Hector was also reunited with a childhood friend, Lyta Trevor. She was one of several ’JSA brats’, the kids from the ex-Justice Society members, who used to be playmates in the 1960s. A romantic relationship developed between Lyta and Hector, and they decided while in college.

He was also reunited with his childhood friend Norda (now known as Northwind), whom he still resented to an extend.

Hector and Lyta intended to become super-heroes like their parents and join the JSA. They invited another of the “JSA brats”, Nuklon (Al Rothstein), to join them as they made their pitch to the Society. Norda, being Hawkman and Hawkwoman’s godson, also joined the effort — as unexpectedly did Jade and Obsidian, who suspected that they were the children of Green Lantern (Alan Scott).

Hector led the effort. This resulted in a brash and bullheaded demand of membership that was poorly received. The deciding negative vote was cast by Hawkman, then the chairman, who disapproved of Hector’s attitude. The rebuffed would-be heroes ended up in a brawl with a pimp in a fast food place. Things were not going as well as they might have.

Thankfully, the youngest members of the JSA — Power Girl and the Star-Spangled Kid (Sylvester Pemberton) — disagreed with the Society’s decision. Both took a leave of absence. The Kid wanted to create a new team with the rebuffed youths and Power Girl, called Infinity, Inc.. Power Girl agreed to join but only for a short while, and was soon replaced by Brainwave, Jr. (Henry King, Jr.).

Hector was wary about Pemberton’s leadership, and never hesitated to take charge when the Star-Spangled Kid wasn’t available.

During the press conference for the official launch of Infinity, Inc., the villainous Ultra-Humanite leaked some information to journalists. This resulted in pointed questions about the identity of the Infinitors. However, Hector and Lyta had taken the decision to reveal their secret ID, making the point moot.

After unmasking, they also announced their engagement.

Unsurprisingly, revealing their names resulted in problems. The couple was attacked by the superpowered clan Helix, hoping to get a ransom from Hector and Lyta’s rich super-hero parents. During this case Hector’s Silver Scarab costume/armour was destroyed and he built a new one, without a mask

As Infinity, Inc.’s career continued Hector became increasingly unemotional and detached. This became particularly noticeable after the JSA was lost, caught in an eternal war to forestall the end of the world. His relationship with Lyta, which had always been conflicts-prone, continued to fall apart.

Eventually Hector vanished, shortly after receiving an ancient Egyptian dagger in the mail. Within days of this disappearance, Lyta learned that she was pregnant.

The dagger had supposedly been sent by one “Dr. James Rock”, a friend of Hector’s father. In actuality Dr. Rock had been dead for years, and his identity had been stolen by the reincarnated Hath-Set, now a beautiful Egyptian woman with green eyes.

Hath-Set had gradually hypnotised Hector over a series of phone calls, until the dagger triggered the mesmeric instructions.

Hector returned to Hall Manor, his father’s property, to live with Hath-Set. Now her thrall, he wrecked the numerous archaeological treasures at the Manor. Looking for his friend, Norda visited and was appalled by the damage within the Manor.

Reluctantly admitting that the interpretation of the Thoth prophecy was likely correct after all, Norda flew to Feithera. He studied study how to break the influence over Hector.

Meanwhile, Hath-Set’s plan moved quickly. Hall Manor was walled up, and the interior completely rebuild in the likeness of an ancient Egyptian tomb. Once this was over, the whole Manor was but a shell hiding the truncated bottom half of a pyramid.

Hath-Set used the dagger to sacrifice her hypnotised pawn. As she did the corpse of Hector Hall turned out to be an inert, empty shell.

Odd as it may seems, this short and not-too-happy life was but the first episode of Hector Hall’s existence.

Hec has a considerable chip on his shoulder. He often comes across as wanting to prove something. He’s brash, impatient and tends to interpret remarks the wrong way, while acting like a jerk himself.

He’s very competitive. Hector can become exceedingly determined to win even a simple thing such as a beach volley game. When that happens he becomes petulant and aggressive even toward loved ones. 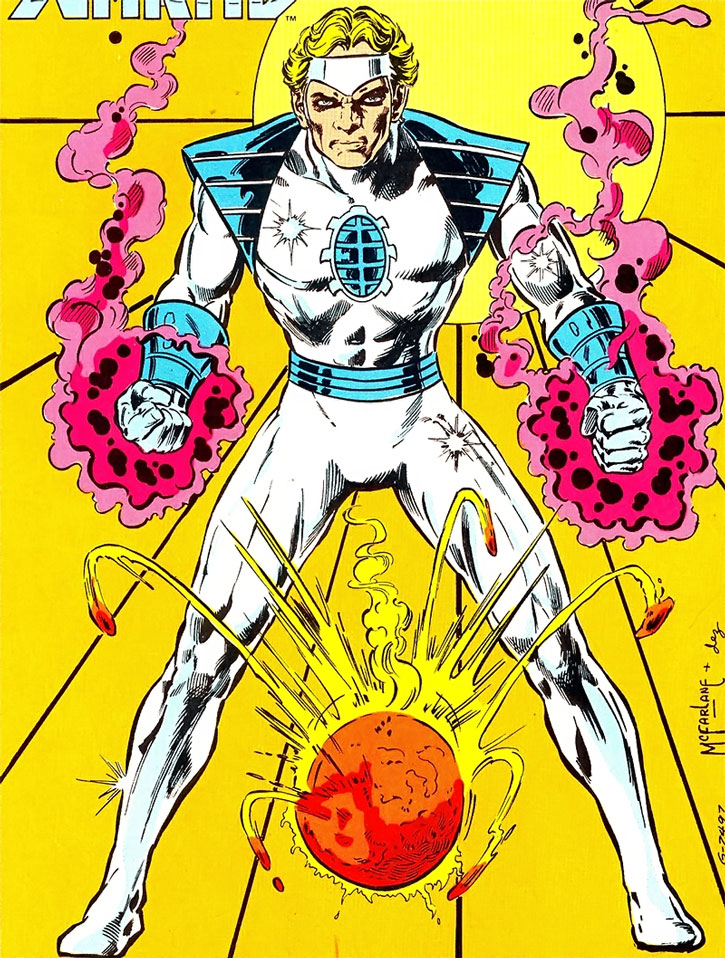 His psych profile described him as “logical and intelligent ; frank, fearless. Passionately curious, confident, loyal toward selected friends, a shrewd strategist and a good team player – if his goals coincide with his partners’. However, he can be fiercely possessive and suspicious of others. He has an explosive temper, obeys his own laws and scorns the support of his peer. He can also be devious, and holds a grudge indefinitely.”

Hector resents Northwind (Norda) for his ability to fly, and the attention he got from his parents during his childhood. Norda prefers to avoid conflict and pretends not to notice, which just results in Hector being openly antagonistic toward him and regularly throwing verbal jabs at Northwind.

The Silver Scarab also had a conflicts-prone attitude toward Obsidian. Like his fiancé, Hector was raised in wealth and was a spoiled young man. This grated Todd’s nerves, which given the egocentric and impetuous nature of Hector led to physical violence on several occasions.

Hector and Lyta’s relationship remained conflicts-ridden and lacking in maturity. And that was *before* the enormous stresses of a super-heroic life. Yet, they stuck together against all odds. The attraction was just too strong and had existed for too long.

On the other hand, by the time the JSA was lost in time, Hector had stopped feeling or displaying emotions. Upon learning the loss of his parents he remained stony-faced and unaffected.

“I’m really Hector Hall, the Hawkman’s real son. And if you had a name like ’Hector‘, you’d want a new one, too !”

“If you were ‘JSA brats’ like Lyta and me, Obsidian – you could recite this story in your sleep.”

“I guess I got a little carried away.”

(To Northwind) “And if you’re gonna defend [my father], like always — you can just flap your way back to Greenland.”

(After knocking out Obsidian from behind) “I just realised — I can’t take a chance by trusting you. This is too important.”

“Of all the harebrained, knee-jerk liberal notions —!”

Most early Infinitors initially started with about 25 HPs, and progressed toward 50 HPs during the run of the book. Those who had careers after that, such as Nuklon, continued to increase their HPs stock.

By Sébastien Andrivet, building up on the official Mayfair take. 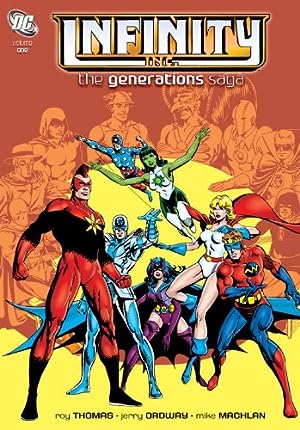 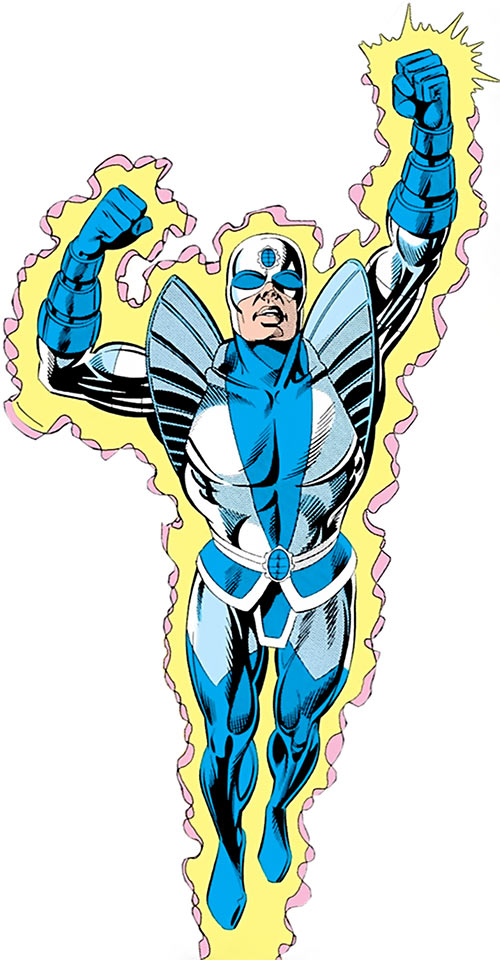 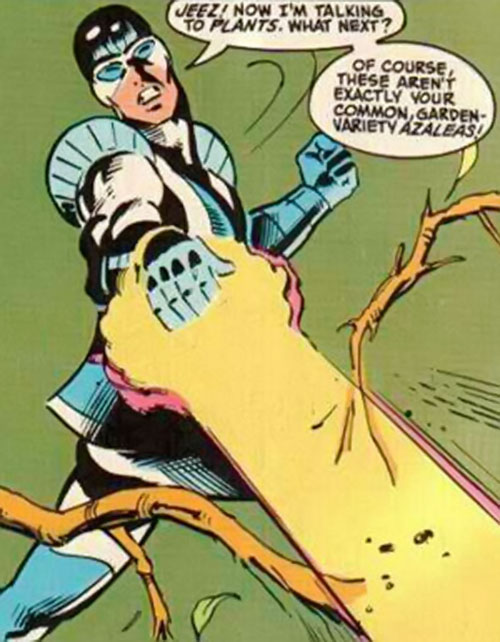 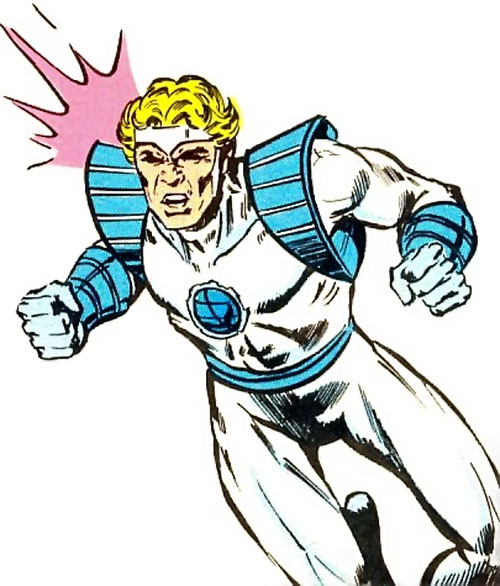 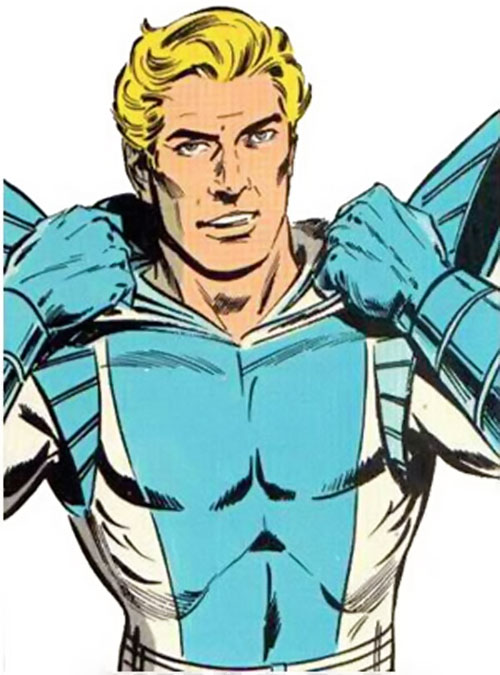 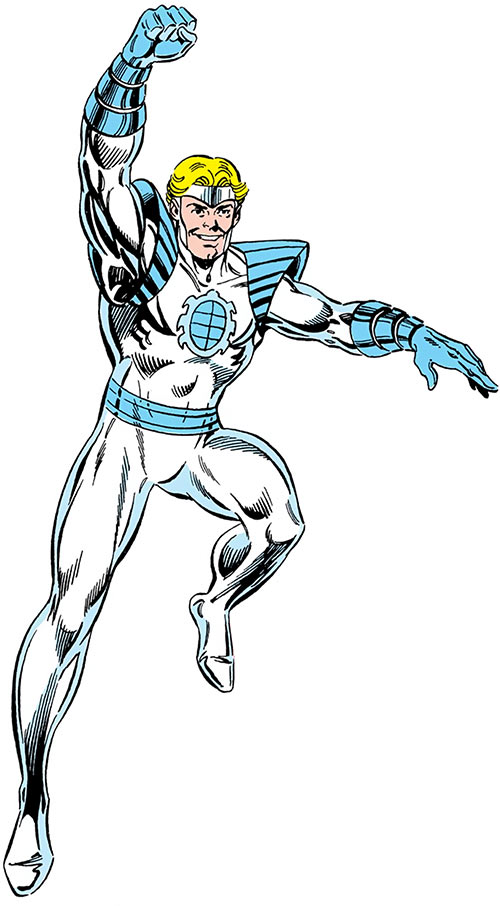