Archard is a master detective. He can deduct the answer to a mystery with but a single clue that others might not even detect.

Archard is a fair combatant. But he usually uses his mind to trick any opponent that might attempt to escape.

It has been surmised by many readers that Simon may not actually even be a native of Partington, but there is absolutely no proof of this. And what part any of this book plays in Crossgen’s metaplot  is unrevealed. Although the title itself, Ruse, suggests that it connects much more than we can begin to suspect.

One Malcolm Lightbourne recruited Simon to be his assistant. At the time, Simon was a bit more emotional than today. But when his concern for Lightbourne outweighs his stopping a suspect, Lightbourne quickly corrects him. Archard’s emotions have receded ever since.

Lightbourne and Archard discovered the Enigmatic Prism in a mystery scripted as self entertainment by Lightbourne. Lightbourne tried to claim the Prism for his own, but Archard fought him for it. Lightbourne stabbed Archard, then apparently fell to his untimely demise in the burning warehouse.

Archard somehow escaped the injury and the fire, then took Lightbourne’s place as Partington’s greatest detective.

At some point after this, Archard hired Emma Bishop as his assistant. How or why Archard chose Bishop is unknown. She quickly took to her role as his assistant, learning many of the skills of Partington’s greatest detective.

Archard and Bishop discovered the criminal empire ran by Miranda Cross shortly after her arrival on the shores of Partington. Over the next few weeks, Simon and Emma had to outwit the mind-controlled upper class of the city to prove they were innocent of murder. They eventually did so, freeing the citizens of Miranda’s mind control in the process.

His next case brought him in to conflict with his long thought dead mentor Malcolm Lightbourne. Lightbourne played mind games with Archard in hopes of uncovering the secret location of the Enigmatic Prism. He was unsuccessful. But after beating Simon in combat, he took Simon’s cane and left both Archard and Bishop to die.

Simon revealed to Emma that Lightbourne already held the Prism with the cane before they headed in pursuit of Lightbourne. In final combat with Lightbourne, the foundations of Parthington were rocked. Much of the city crumbled in on the catacombs in which they fought. Both Lightbourne and the Prism disappeared under the thousands of tons of rubble.

Following the partial destruction of Partington, Simon left the repair of his mansion in the hands of his Agents. He and Emma left Partington to investigate problems in the seaside town of Baleen. They uncovered a conspiracy there, and captured the criminals that had perpetrated it. Their ring leader revealed their boss as none other than Miranda Cross.

They left on an airship to continue their investigation, but the airship was attacked by one of Simon’s enemies in the The Consortium of Aggrieved Manservants. The airship crashed, and Simon and Emma were stranded on an unknown atoll.

There they met adventurer Theopilus Dare and encountered Miranda Bishop once again. They barely escaped Miranda’s trap this time. But they did return to Partington to continue to seek out and solve mysteries.

Simon Archard has billions of suits, but they’re all the same. He always wears a gray suit with a white undershirt and black tie. He’s never without a pair of black gloves.

He also sports a cane. Originally, the cane held the round Enigmatic Prism at its end, but having lost the Prism, Simon now carries a falcon-headed cane.

Simon Archard is a cold fish. He refuses to show emotion except on the rarest of occasions. He has been know to crack a dry joke in the presence of Emma Bishop, but in a public situation is always calm and non-forceful. 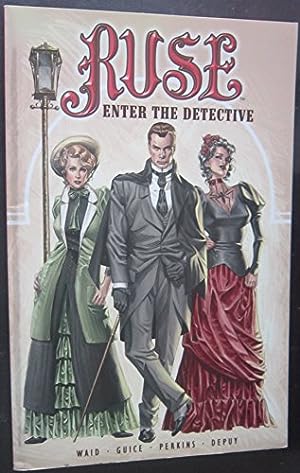 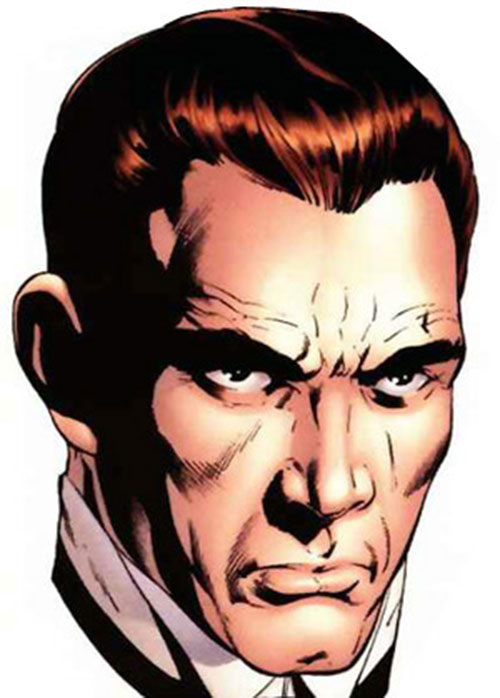 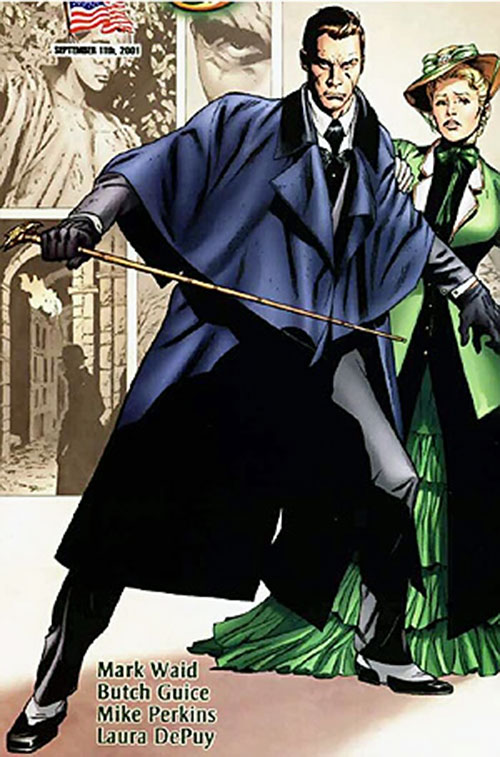