Sirius was an ordinary, medium-sized dog. Then he was exposed to a controlled dose of gamma radiation. This greatly enhanced his strength, vitality and ferocity. Sirius could batter a hole through a robust wooden door within a few minutes by jumping at it and hitting with his paws and head.

Our DC Heroes RPG stats apply to Sirius 30 to 40 hours after exposure (assuming that the Douglases lived within a few hours’ drive of the lab). The dog likely would have continued to get stronger and more durable.

Sirius was a very old and sick animal. A larger, younger, healthier dog would likely have achieved correspondingly higher levels of strength, durability, aggression, etc. over the same time period.

In the early 1980s, Bruce Banner found himself in control of his Hulk form and transformations for a while. He resumed his scientific research. Assisted by Dr. Waynesboro, he investigated using gamma ray exposure to fortify crops and help the wounded, sick, infirm, aged, etc. to heal and get stronger. See the Kate Waynesboro profile for full context.

Being extremely wary about side effects, they decided to test the treatment on animals. This is what brought them into contact with the Douglas family. The Douglases’s dog, named Sirius, was aged and suffered from a terminal cancer of the bones.

There was no conventional way to save the decrepit cur. As a result, it was agreed to attempt gamma bombardment as the first test of the Banner-Waynesboro experimental treatment. 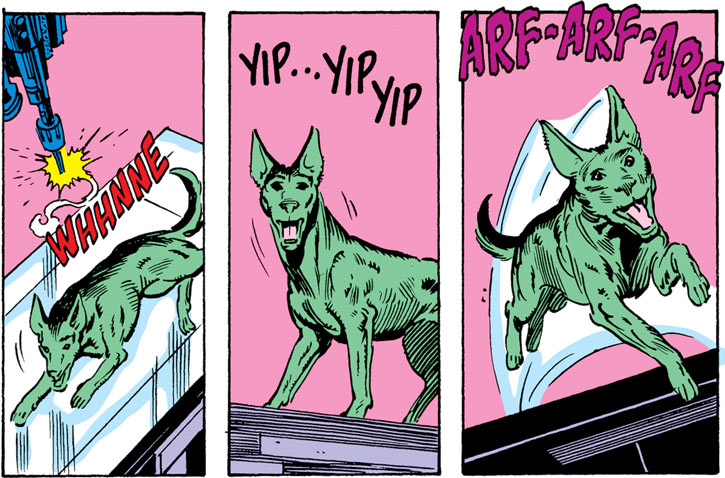 The procedure worked fine. Sirius was visibly refortified. His cancer immediately went into remission. The only side effect was that he now had green skin and fur. The tests showed nothing special about his condition.

Sirius was handed over back to the overjoyed Douglas family. They were to bring their pet to the lab for further tests in a few weeks.

Once the Douglas got back home, Sirius became hostile. He seemed to grow stronger, and even bit the Douglas boy. Mr. Douglas managed to drag the dog in the cellar and chain him there despite the animal’s strength. During the evening, Sirius kept savagely howling and snarling. 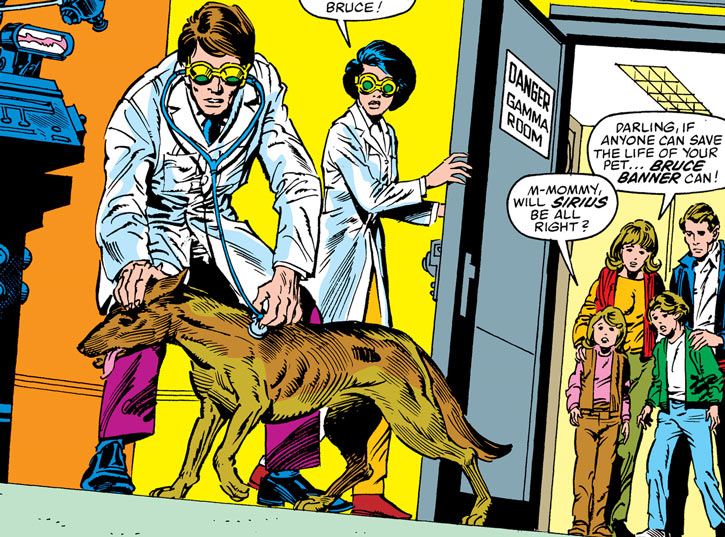 It eventually got strong enough to snap its chain. The dog immediately charged upstairs, slamming repeatedly against the parental bedroom’s door and soon bursting through. Mr. Douglas unloaded a .38 special revolver into their former pet, narrowly killing it.

The shaken Douglas family brought the corpse to Drs. Waynesboro and Banner for analysis.

Much of the research that led to the treatment experimented on Sirius was actually published. All of Banner and Waynesboro’s early work was – Banner’s foundational work is required reading for grad students in several disciplines. The work is an evolution of the Hernandez-Waynesboro-Banner process developed in the Universidad de la Ciudad de México  to fortify crops. 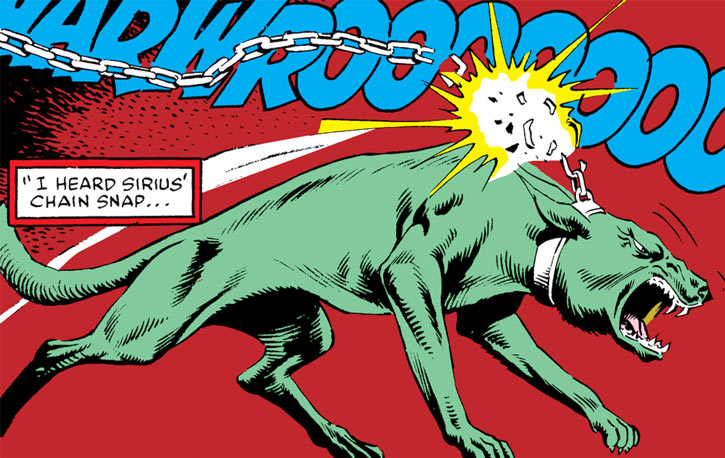 Having unethical researchers produce more gamma-irradiated specimen is thus quite possible. In fact it would seem that the “war dogs” project of the US Army was exactly that.

Interestingly, the Banner-Waynesboro treatment tried on Sirius and a number of persons seemed to work on anyone it was tried on. By contrast, the rate of “successful” gamma mutation from less controlled exposure is roughly .1%, with the remainder of the population dying from radiation damage.

However, only the short-term survival rate is known. Thus, it is entirely possible that seemingly successful tests subjects might have run into severe health issues at a later date.

Very nice and friendly (but very old and sick) doggie who became a maddened killer and predator. Awwww.

This is not a straight port using OMACS 2 – stats have been skewed to be more in-line with M&M dog stats. As can be seen in his Attributes, Sirius was a quite aged specimen. 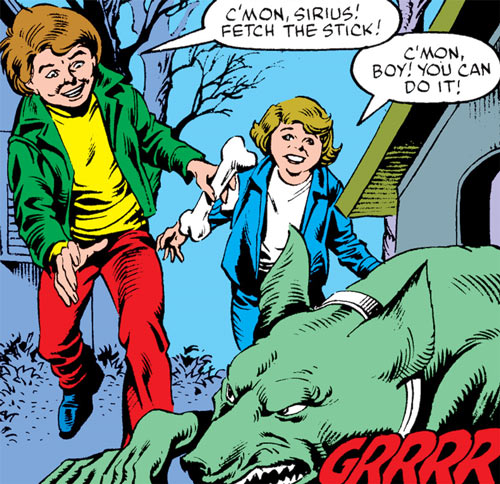 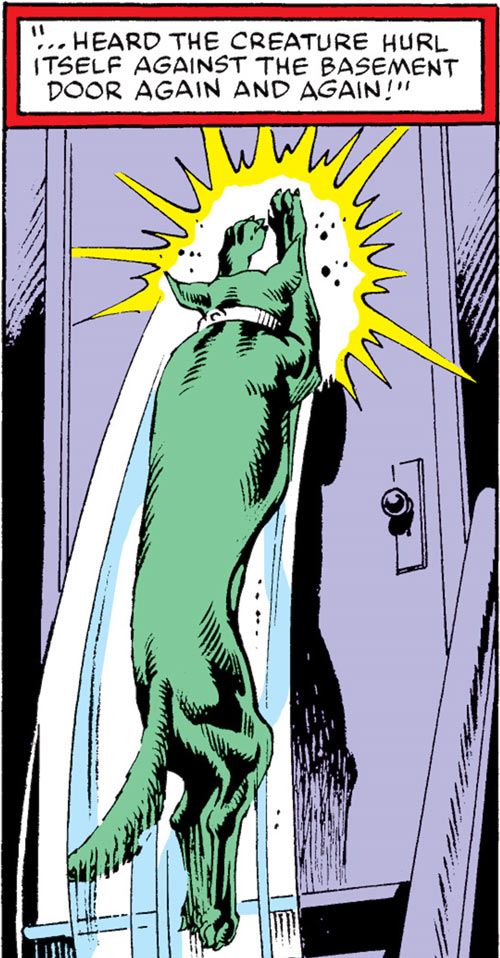