Skags are predators on the planet Pandora, where the action of the Borderlands 1 and 2 games takes place.

Being quadrupedal social predators they loosely evoke wolves. However, they are far more aggressive and are physically more reminiscent of reptiles or amphibians. Skags are a major threat for human colonists on Pandora.

Like the bulk of Pandora’s ecology, skags hibernate during the seven-year winter and are active during the three-year summer.

They will attack practically everything, and devour everything. If even their powerful digestive acids cannot process something they will vomit it back close to one of their burrows, perhaps in the hope that it will eventually become edible. 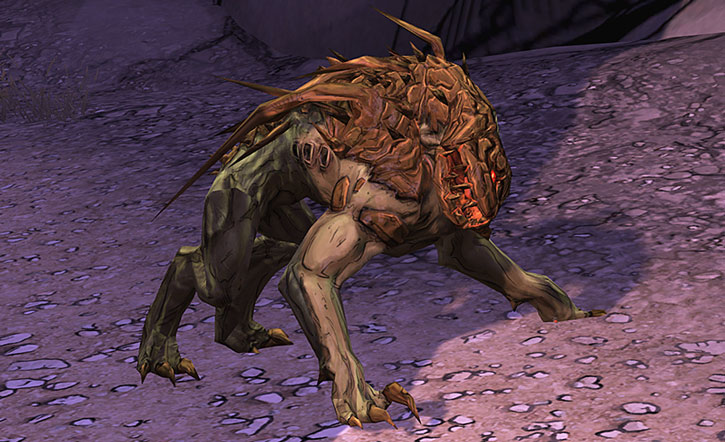 This impressive level of aggression may be tied with building up reserves for the winter hibernation.

A burrow of skags usually holds 3-4 skags (often an adult and a few youngs), and burrows tend to come in groups of 5-6. Skags more or less coordinate with each other when hunting. At the very least, those preferring ranged attacks will support those preferring closing in.

Being social animals, skags can be tamed.

Skags are large, robust predators. They apparently keep growing throughout their life and have a very long natural lifespan (though their practical lifespan is much shorter).

A pup is about the size of a pit bull, and adults can easily be larger than tigers. Our game stats assume that they hunt/track by sense of smell, though it’s not apparent from the game. 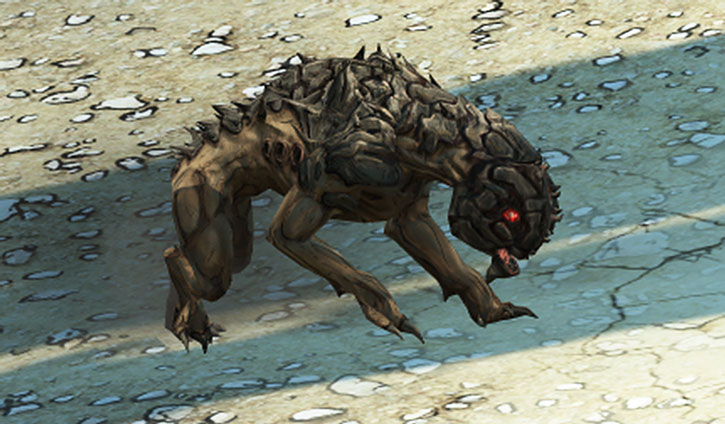 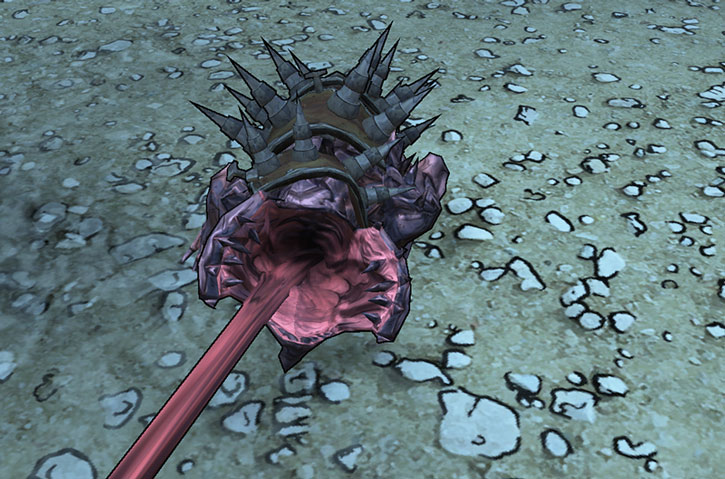 Furthermore, skags appear to have very flexible genetics. Thus, they can be mutated in improbable manner – particularly if they get exposed to Eridian technology on Pandora.

Some specimen are known to have become infused with a fire energy or electrical energy. These energies seem similar to the ones used for special ammunition. Perhaps they ate guns charged with this energy. Such specimen are also resistant to the energy type infusing them.

There are persistent rumours of a skag larger than a giant mining truck. It has predictably been dubbed “Skagzilla”. 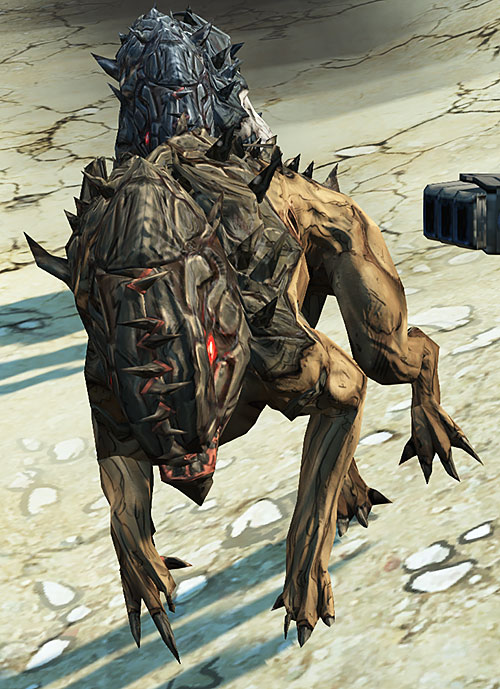 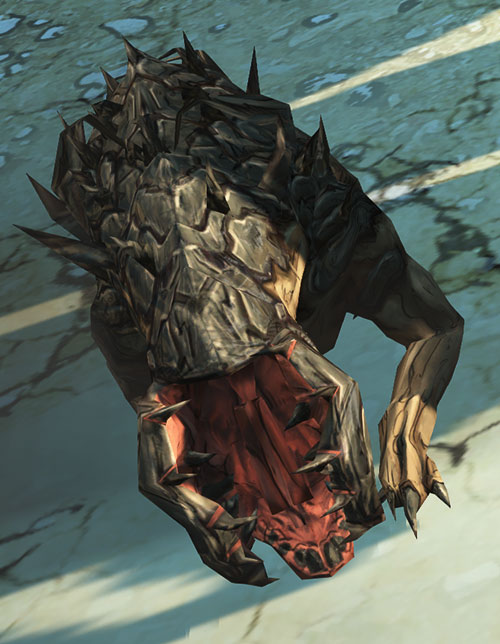 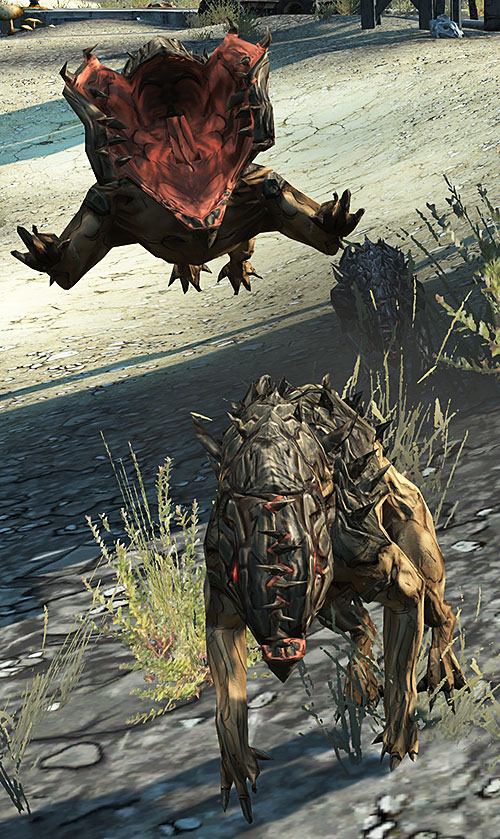 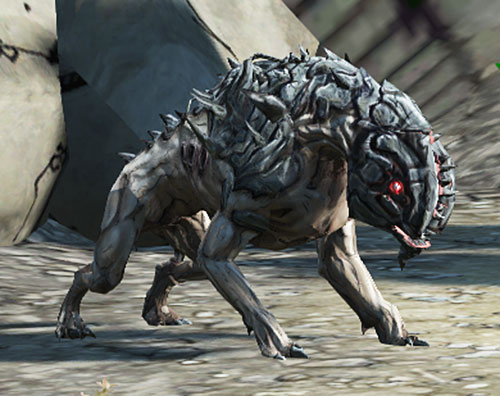