Skion is a “macrophage”. He absorbs living humans within himself in order to power himself up. He’s powerful and durable when hosting a person, becoming tough enough to take on a USMC fire team with no damage. But he quickly loses his abilities if the person inside him is killed.

It is theorized that he has to outwrestle, or otherwise incapacitate the person he wants to put inside him.

Skion was captured by an elite covert force from the USMC. But as they flown near Steel Harbor, he escaped from the helicopter. By the time the military reached Steel Harbour, they discovered that Skion had already absorbed one of the soldiers on the chopper, one Ellen Carluchi.

The Machine, meanwhile, had intercepted their comms using Salvage’s equipment. He knew Ellen Carluchi – Avram Roman had a relationship, possibly a romantic one, with her. He raced to the site to save that part from his precious past.

When he arrived, one USMC fire team that had found and engaged Skion. They were getting slaughtered, and received the order to kill Carluchi in order to depower Skion. The Machine arrived before they could do so.

He beat Skion back before convincing him to trade Carluchi for him. The Machine explained that his cyborg body could power Skion to a far greater extend than a simple human.

It was a trick, of course. The Machine easily disrupted Skion’s metabolism, allowing for the capture of the monster by the Marines. He left the site while Carluchi was still unconscious.

A cheerfully threatening psychokiller that delivers one-liners. He treats everything like a puerile joke.

A very minor character that can always be useful, given his abilities and his unique way to take hostages.

Drawbacks:
Loss Vulnerability : not having a living human absorbed inside him (if a human is pried from him, Skion will also be Stunned for 2d10 Phases). 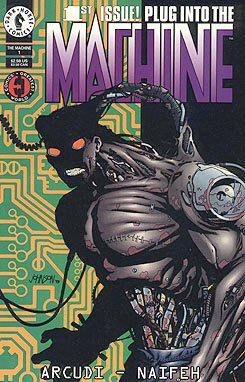 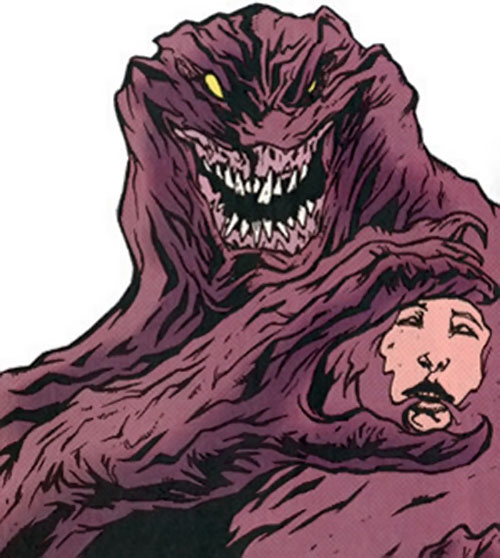