Skul is a highly competent soldier and commando, and a good officer.

He is remarkably fearless, detached and calm under pressure.

John Skulinowski had his face terribly maimed under unknown circumstances, probably during a military career. Nothing else is known about him.

He’s now the field leader of an elite agents of S.H.I.E.L.D. team. It apparently was assembled by Sharon Carter while she was Director of that organization.

In the first, they were sent to recover a stolen, advanced S.H.I.E.L.D. flying car. It had been captured by Hydra forces. The window of opportunity being very short and Hydra forces being numerous and well-armed, Carter chose a small, very fast force. This way the team could board the prototype car and fly away before the opposition could react.

Though Dum-Dum Dugan was concerned that the Elite Agents might be too green and need some more tests of their non-regulation equipment, they performed perfectly.

(Though the Elite agents presumably never learned it, one of the reasons Carter wanted to recover the vehicle was to destroy the CD in the recorder. It held extensive footage of Carter and Captain America making love in the back of the car. A security camera that been unwittingly left on.)

Though the Elite agents were obviously outmatched, Dugan correctly estimated that they wouldn’t be met by deadly force. Thus, he sent them after the dispersing ’Bolts to do what they could. Though, remarkably enough, some Elite Agents came close to capturing their quarries, they ultimately returned unharmed but empty-handed.

Skul is a hard-nosed, GI Joe-style military officer. His schtick is that, having lost his face, he doesn’t really cares if he lives or dies, making him real brave.

“Keep it tight, people ! This goes by the numbers !” 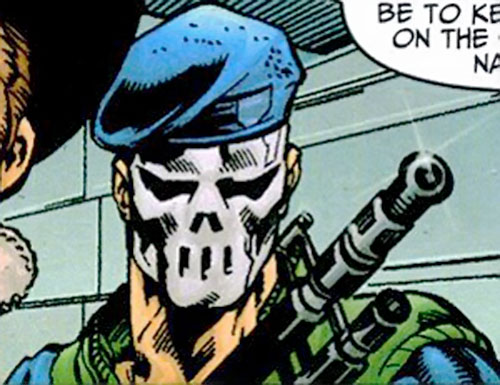 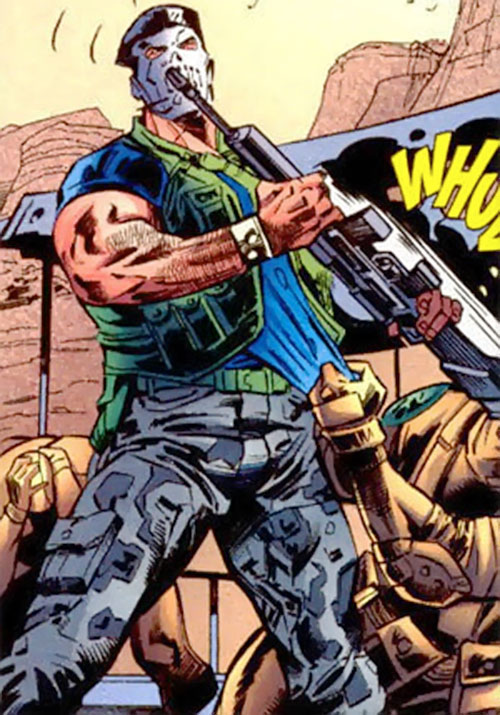 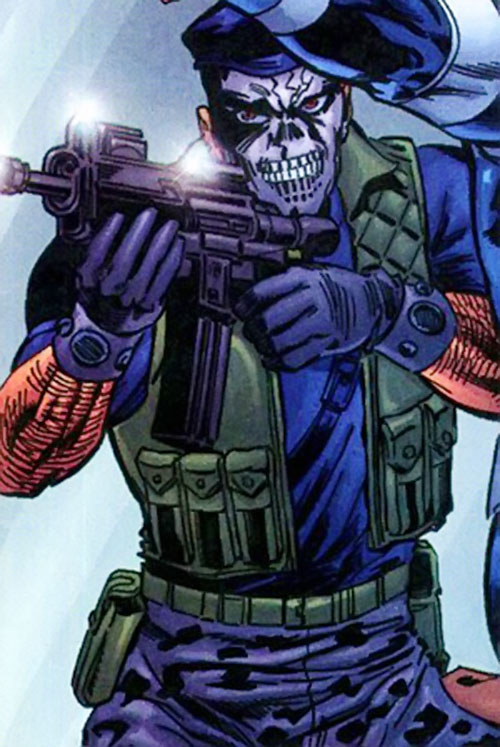